There’s still time to contribute to the support of this fine site — but don’t delay! Thank you!

Toby’s phishing nightmare is water under the bridge, but after throwing good money after bad, she may have bitten off more than she can chew. The unvarnished truth is that being honest with Ian just doesn’t float her boat, so she avoids it like the plague. Mary has an axe to grind, but may be blowing things up out of proportion — it’s an open secret big as life that putting a relationship on the rocks is crossing a line in front of a bottomless pit. But it’s good to see these two addressing it proactively: after all, a bird in the hand is worth two in the bush, nothing is cut and dried, a stitch in time saves nine, and failure is not an option.

Seriously, is Mary losing it? Ever since Aldo killed himself and Ella Byrd pwned her advising skills, she’s been reduced to adopting stray dogs and half-heartedly humiliating poor Doc Jeff. Now she’s outsourced her advice operation to Mistress Terry Bryson, trying to keep her hand in with this meandering recap—a sad state of affairs for one of history’s greatest monsters! And to think we lost Kim Jong-Il about the same time.

Hey . . . we’ve never actually seen them together, have we? 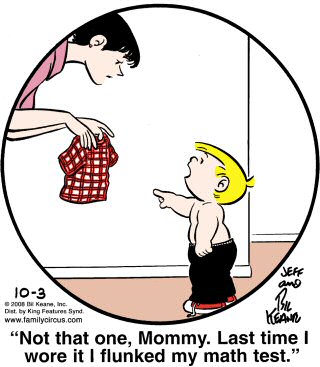 OK, boy-man Rover here sold his gas-saving gadget to Sultan Abu bin Stereotype without disclosing that it won’t work on fuel-injected cars. While we wait to discover the wily Sultan’s plans to keep the invention off the market, Rover distracts himself from his supposed legal predicament by feeding some ducks — ironically exposing himself to simultaneous copyright-infringement lawsuits from Mark Trail and Mallard Fillmore.

In panel 2 we learn that Rex’s mobile has an obscene ringtone, which the artist has graciously censored for us. I would have sworn he kept it on vibrate—and not in his pocket.