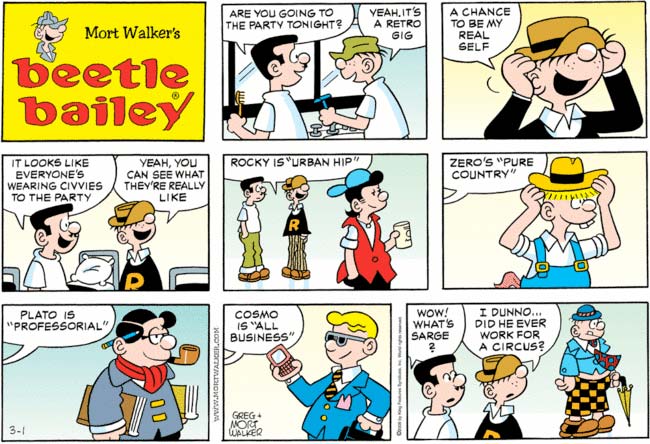 Sometimes people complain about the mishmosh of anachronisms and inaccuracies that make up the military uniforms in Beetle Bailey, to which I respond: check out what happens when the artists try to draw any other form of clothing. While most of these outfits are rendered with equal parts lazy and terrible (and I long to hear faithful reader Fashion Police’s take on them), I feel must I draw particular attention to Rocky, slouching there smack dab in the middle of this grid of awfulness. While I suppose I am not an authority on what constitutes “urban hip,” I feel that I can with some certainty give examples of what “urban hip” is not, and here is one: an oversized, untucked, bright red waistcoat, worn over what appears to be a white t-shirt with a single, incomprehensible button at the collar.

Zero’s bit of hanky code, meanwhile, is neither to be asked about nor told of. 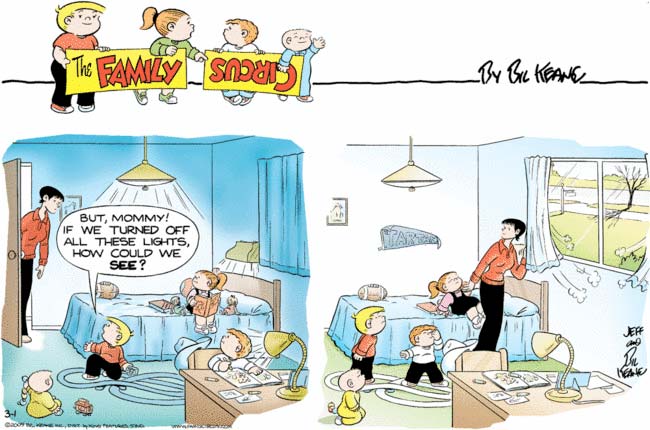 More proof that the Keane Kids are unnatural demon-children. “AAGGGGH! The yellow face, it BURNS!” 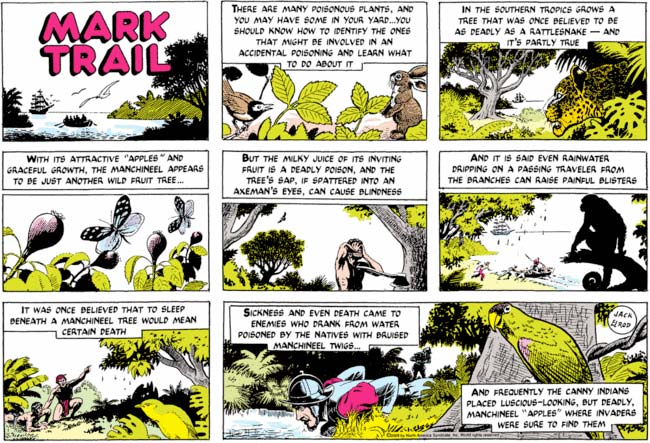 Another example of how the top row of throwaway panels can subtly alter a strip’s dynamics. Without them, today’s Mark Trail is just a charming story of poisonous plants and early biological warfare. But with the mention of the poisonous plants growing in your yard, this becomes a manual for a guerilla army. “So remember, kids, when the invaders come to your town, you’ll have a weapon ready to strike back at them even after they confiscate everybody’s firearms. Wolverines!” 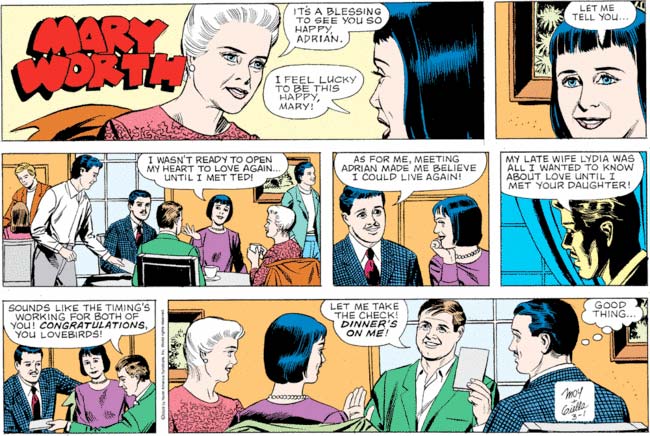 Ted has finally and officially been outed as a cad by his cheapskate thought balloon in today’s final panel. I’m sure we’ll have much more delicious character assassination to enjoy over the coming weeks, but today I want to dwell briefly on just how damn pleased with himself Jeff looks as he bellows out his offer to pick up the check. Presumably everyone in his family just views him as a giant talking wallet, and he’s internalized that and is now just desperate to please in the only way he knows how. 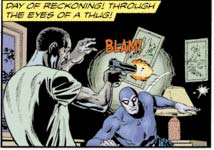 While Spider-Man’s narration box is acknowledged as the sassiest of superhero narration boxes, the Phantom’s is no slouch. I was particularly impressed by this atmospheric and semi-comprehensible offering today. It sounds like the latest underground hip-hop album to hit the street (though I leave to the reader to determine whether “Day of Reckoning” should be the artist name and Through the Eyes of a Thug the album title, or vice versa).