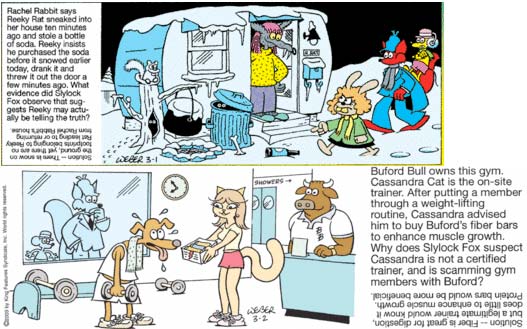 First off, an apology: while scanning Sunday’s strips for entertainment value, I somehow managed to completely miss an appearance by my hero, Reeky Rat, in which he is actually innocent of the crime of which he is accused! He’s still guilty of wearing a hideous yellow sweater that in no way lives up to his awesome fashion potential, and of befouling the snow-covered dirt patch in front of his trailer, but if the plot on which a man has parked his trailer (the rent on which is less than sixty days overdue) is not his castle, where he can dress and litter as he pleases, then what rights remain to us in this country? Reeky’s small-type, upside-down exoneration may be a first for the Slylock Fox rogues gallery, and presumably this is all the excuse Slylock needs to stop going to down to the trailer park altogether and just let its denizens dish out brutal justice to one another with their crude homemade weaponry.

That should clear up lots of time in his schedule for episodes like today’s, in which our detective heads over to the gym to creepily stare at the patrons and employees in their little short shorts. What, do you work for the FDA now, Fox? I’m sure Buford can produce some kind of corporate-sponsored study proving that regular bowel movements are an important part of any muscle-building regimen.

The main joke in today’s Archie indicates nothing more than that the AJGLU 3000’s anti-lawsuit module has been given far too much priority over its other humor functions (THEY’RE TALKING ABOUT LUCKY CHARMS® BRAND CEREAL FROM GENERAL MILLS I ALONE DARE SAY THIS), but I am amused by Archie’s father’s mug, which reads “#2 DAD.” It’s possible that our charming joke-generating machine, in its cold mechanical logic, doesn’t see why 2 would be much inferior to 1 on a scale of 0 to infinity and means this as a compliment, but I prefer to believe that it has finally learned the importance of poop jokes.

A more sobering revelation comes on the milk carton in the second panel, which tells us that Jughead has been kidnapped, possibly after having been lured into a creepy van by a trail of hamburgers. 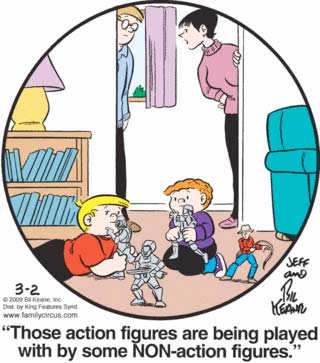 “I mean it, our children are lazy little turds, lying there on the floor sullenly mashing mass-manufactured pieces of plastic crap together for hours on end. Just the very sight of them sickens me. I sincerely hope you bought the toys that are known choking hazards, like I asked you to.”

“The oil companies will make him a rich man … for keeping his mouth shut, after they bury that formula in a very, very deep hole.” 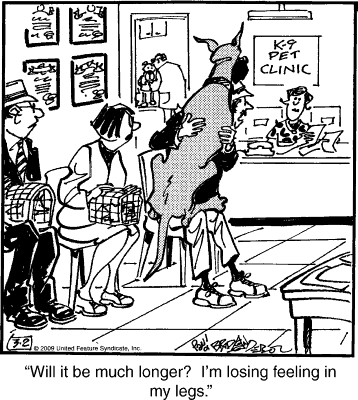 “I don’t mind too much, though, because this way I can’t really feel the pooling urine.”