“Hmm, Zero has been well-established over years and years of strips as being our ‘fool’ character, and, for those lucky few people who might be reading this and yet not be familiar with the cast of Beetle Bailey, he’s also been given the buck teeth and receding chin of a stereotypical cartoon moron. But what if that isn’t enough to force people to get the joke? Our only hope: typography!” 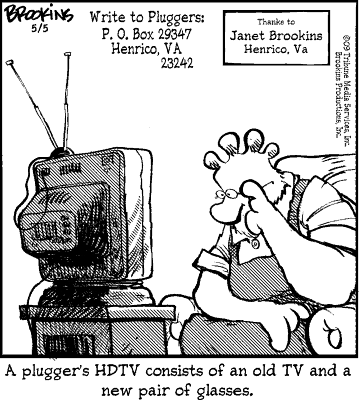 The sad part is that in the absence of a digital converter box, Chicken Lady will soon be getting nothing but static. Maybe she’s been getting that all along, and it’s only now that she got new glasses that she realizes it. 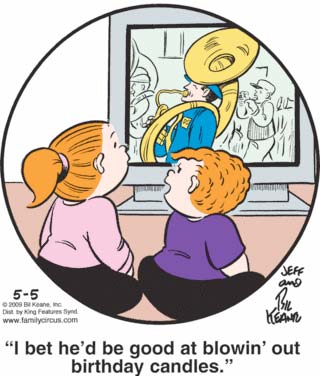 With virtually everything broadcast on TV forbidden in the Keane Kompound as “sinful,” the kids’ standards for entertainment are remarkably low. 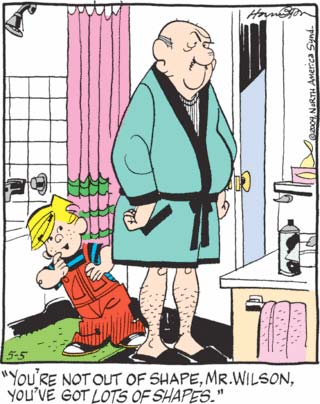 As he promised yesterday, Mr. Wilson has “lost” his pants just in time for Dennis to come over. 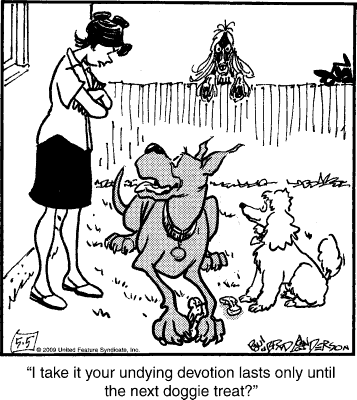 Marmaduke is a whore.