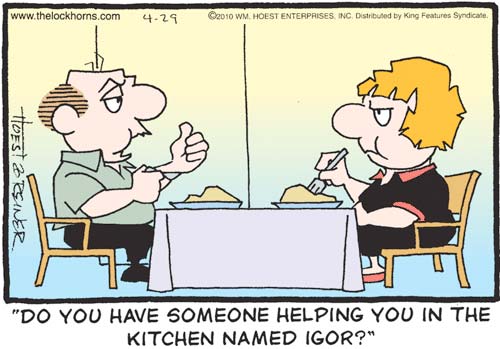 Usually I’m annoyed by comics that just present two or more characters standing around describing things rather than actually depicting the action. But I have to say that I would much rather see two poorly drawn Legionnaires looking at a white square while standing in a mysterious numbered tube than see a new bride and groom being pelted with bloody chicken viscera in a scene of unimaginable horror, so big thanks to Crock!

Cherry has apparently decided that the root cause of the Trails’ terrible sex life is Mark’s terror of sensuality of any sort. Before he can be expected to serve as a satisfying sexual partner to her, he must first start from square one and “work on” himself — possibly while Cherry watches. 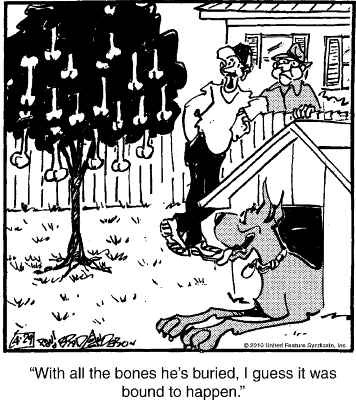 In I Samuel 18, we learn that the young David, in order to win the hand of King Saul’s daughter Michal, had to provide as a bride-price 100 Philistine foreskins. In order to ascend to the dignity of Demon-King of Earth, Marmaduke must prove himself a more gruesome killer than even the Biblical patriarchs.

Mary’s thought balloon today begins The Smuggening, which is crucial, as she can only effectively meddle in the lives of others from a place of superiority. “I also grew up poor, and yet my condo unit isn’t cluttered with stacks of boxes! Hmm, how sad that not everyone has my fortitude of character.” 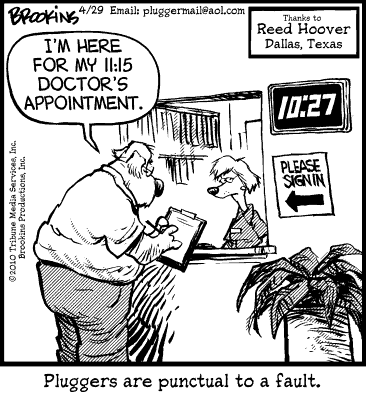 Pluggers have nowhere in particular to go and nobody to see, so why not show up for appointments 45 minutes early? The nice lady at the doctor’s certainly can’t leave the her desk, so if I say things to her while I’m waiting, she’ll probably have to talk to me!