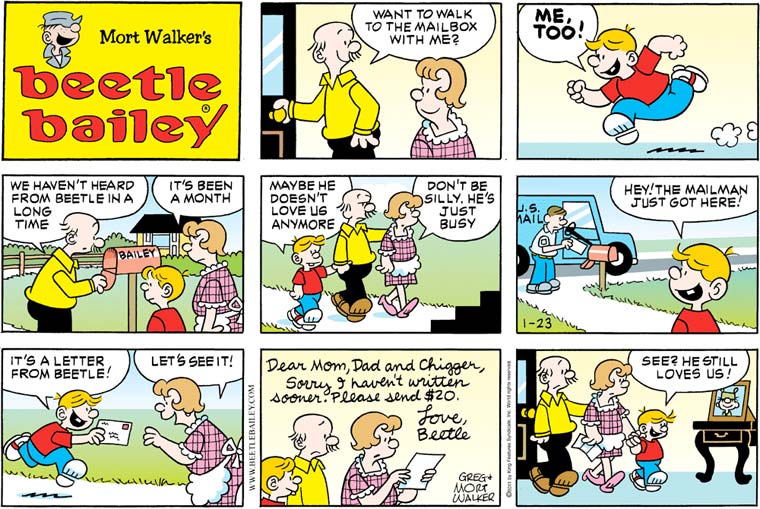 This is, without doubt, the saddest Beetle Bailey I’ve ever seen, sadder than all the “Beetle and Sarge have a forbidden love for one another” strips combined. Never mind the fact that Beetle’s family lives in some kind of bygone day when hand-written letters constitute the only means of communication at a distance; Beetle’s brother’s speculation that the soldier no longer loves his family is all the more heartbreaking for being so matter-of-fact. But the real emotional gut punch comes in the final panel. Little Chigger is young or stupid enough to think that the mere receipt of a letter is enough to maintain the emotional ties within the Bailey family; but the expressions on the faces of his parents show how devastated they are by Beetle’s affectless, demanding letter. They’ll send the money — if that’s the only way they can keep the thin thread between themselves and their son in place, they’ll do it — but something inside them has been snuffed out.

As a side note: Beetle’s brother is named “Chigger”? Really? As you may or may not know, Hi and Lois‘s Lois is Beetle’s sister, so we have to wonder what her real name was — Ladybug? — before she got married and fled this sad, creepy family for good.

Oh, look, it’s another cheery day in the Funkyverse. Today, we learn that you can either be driven mad by the horrible scratching of the vermin that live in your walls, or you can turn up the TV and be deafened with awful news about our nation’s economic crisis. Those are your choices!

Here’s the question I want to ask, doctor: why are you having Loweezy lower Li’l Tater into that enormous pie shell? How many more infants will you need to complete your monstrous baby pie, and who will be eating it?

Ah, the narcotic of television sedates unruly children and elders alike, putting them into a trance-like state so that they won’t bother you with their irritating opinions or desires. I preserve the first panel here mainly to note that Dennis the Menace has finally caught up to 1999, with unsettling results. 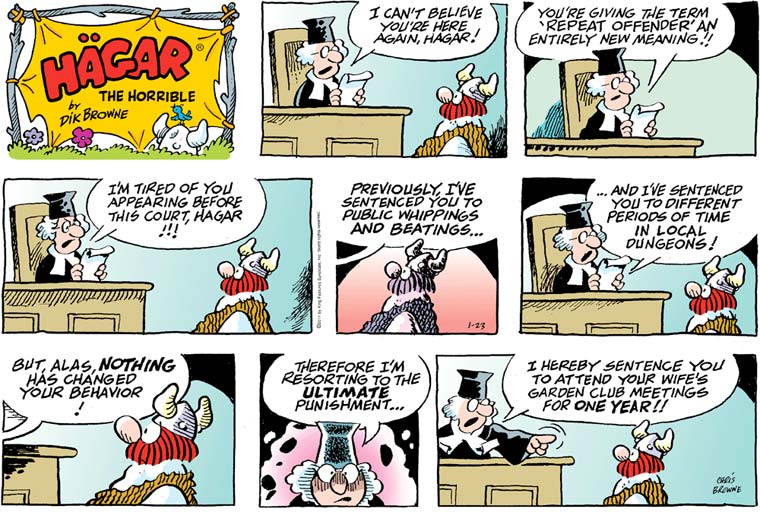 Ha ha, it’s funny because spending time doing things with your wife that she enjoys is worse than the most heinous physical torture! 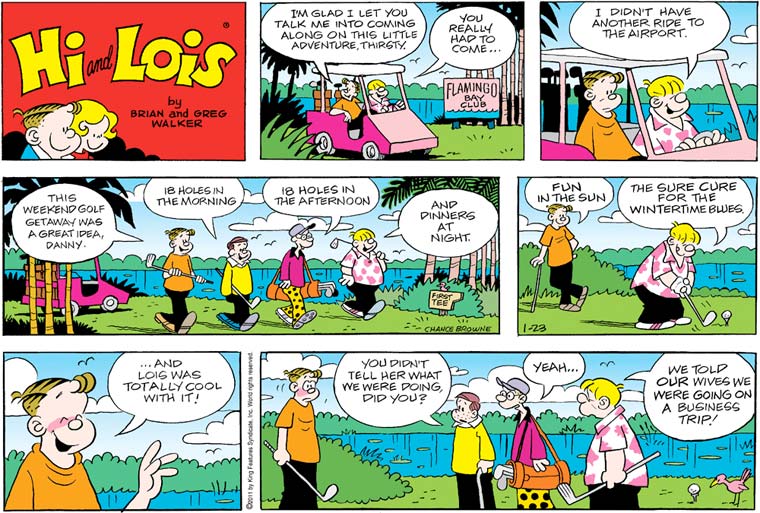 Ha ha, it’s funny because an open and honest relationship with your wife will be seen by your male friends as a betrayal!