It’s nice to know that I can do my best to come up with a ludicrously favorable plot outcome for a Judge Parker hero and still undershoot things. See, I thought that Avery Blackstone would sign off on Sam’s unduly generous and hastily written contract proposals only after Sam proved his fly-fishing prowess, when in fact Avery is so eager to spend some dude time with Sam that he’s willing to just skip the hard-hitting negotiations that are the entirety of his job duties. Presumably, once the two of them head down to a trout-filled brook, one of their flies will snag on the handle of a suitcase half-buried in the stream bed. They’ll pull it out and open it, find millions of dollars in bundled hundreds, and laugh and laugh and laugh.

“Plus, I suppose, emotionally devastated, world falling apart, blah blah blah. I don’t know her very well, so I can’t say for sure that she has basic human emotions.”

“But wait, Dawn, I wanted to show you my latest invention — half ham sandwich, half Pop-Tart. I call it a Meat-Tart! Instead of frosting, it has mayonnaise!” 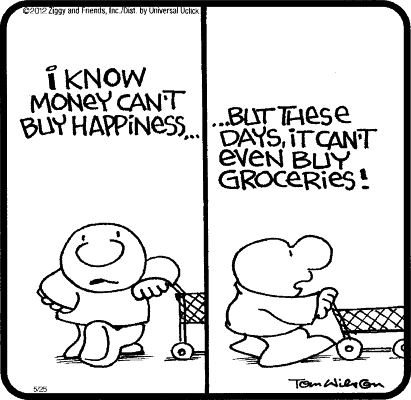 In the post-apocalyptic future, the dwindling supplies of food are under the control of warlords and their gangs, and these thugs won’t accept the dead government’s fiat money in payment. They’ll only take payment in ammo and sex, and Ziggy is out of luck on both counts.