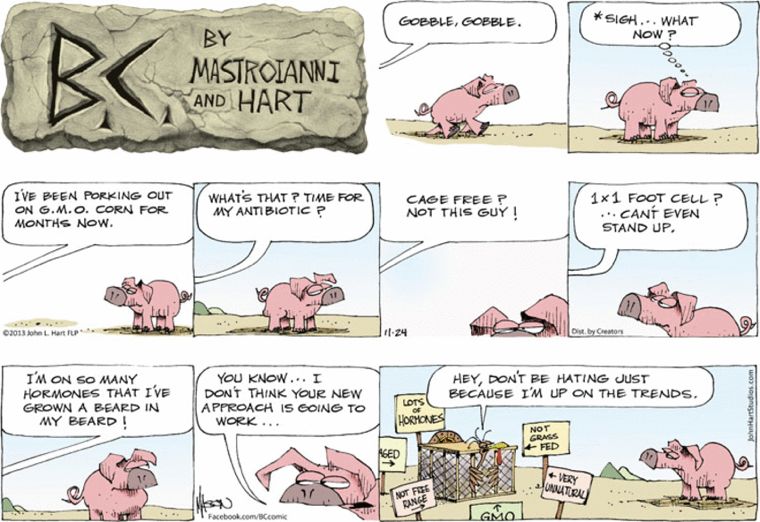 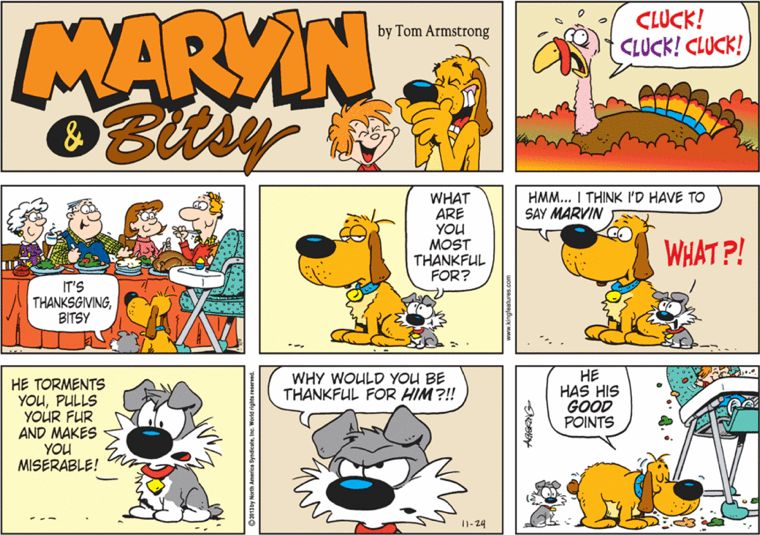 If Thanksgiving’s coming, it must be time for one of my least favorite comics tropes: terrifyingly self-aware animals begging not be eaten. Today’s B.C. is a particularly gruesome example of the genre, made all the more vivid by the poor victim-turkey explaining in great detail the real-life unsavory conditions under which many factory farmed animals are raised. For sheer narrative power, though, you can’t beat panels two and three of Marvin: first, we see a panicked turkey, unable to speak English but still obviously aware of his coming fate; then we see Marvin’s family feasting on his corpse.

The whole Ben-Franklin-wanted-the-turkey-to-be-our-national-bird thing is a myth, pretty much. Franklin never made a serious political proposal to this effect or anything; he just wrote a letter to his daughter, in which he said that the eagle in the proposed design for the Great Seal of the United States looked like a turkey, and then, in typical witty Frankly fashion, wrote a couple of paragraphs about how turkeys are better and more noble than eagles anyway. I do like that Mark doesn’t bother correcting Rusty but also doesn’t go out of his way to really affirm his incorrect beliefs either. “Yeah, I remember hearing that when I was young and stupid like you, Rusty. Now sit back and shut up, because I’m gonna drop some turkey facts on you for the rest of this strip (not pictured).” 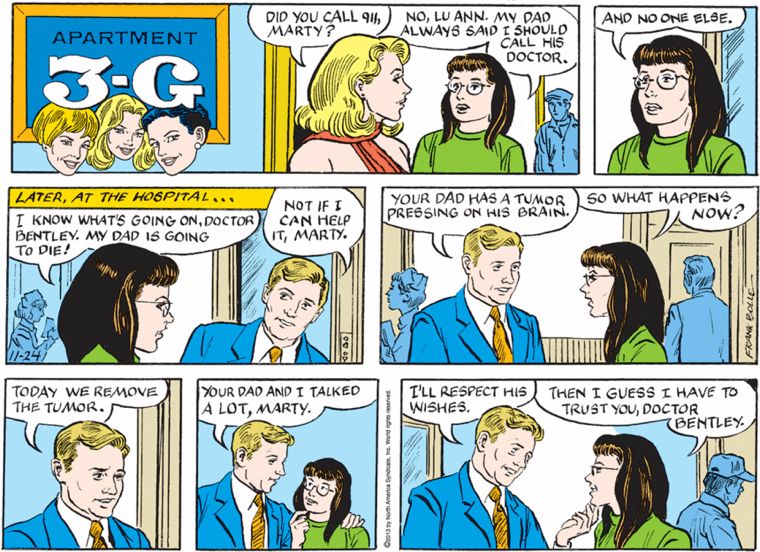 “Let’s just say your father was a terrible, hateful person and that we’re all glad he’s dead! We’re protecting you from this knowledge, but the strip sure isn’t doing the same for its readers!”