The arrival of Loweezy and li’l Bizzy Buzz Buzz at Snuffy’s Den of Bachelor Squalor is such a proudly announced non-sequitur that I immediately assumed Bizzy Buzz Buzz is a beloved recurring character in Barney Google and Snuffy Smith, if by “recurring” you mean “hasn’t appeared once in the 10 years I’ve been reading this strip but they’ve been publishing the damn thing since 1919, so who knows.” Some cursory Googling (ha) didn’t bring up any evidence of this, though it did reveal that Bizzy Buzz Buzz was some kind of motorized pen that looked like a bird that was a popular toy in the ’60s and ’70s. By the way, if you’re looking for some super-depressing anecdotes, you could do worse than looking at classic toy discussion forums, apparently:

Funky Winkerbean is sadly cutting away from Les’s artistic despair to focus on its suuuuper boring comics collecting plot, but I do like the fact that Holly is giving a shout-out to Crankshaft in the final panel here. “Hey, remember that monstrous old hatebag who used to drive the bus, who made all the stupid puns? Whatever happened to him?” (Spoiler: he’s a vegetative husk in a nursing home, dying unloved and alone).

This is all the same stuff from yesterday, which I’m glad about because yesterday I forgot to make a joke about the fact that Neddy is wearing a sleeveless t-shirt that just says “FRANCE” across the front. Do you think she got it in France? Do you think the French make them specifically to sell to Americans, and then laugh and laugh whenever anyone buys one? 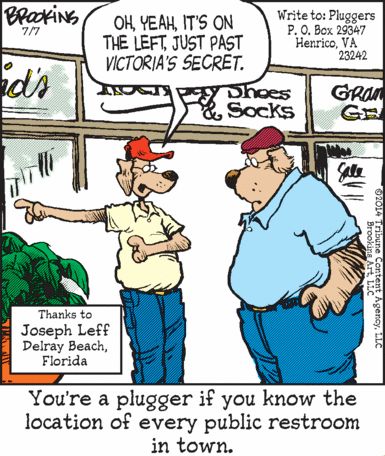 Not sure how many of you have ever clicked on the “MORE” link next to the archive drop-downs at the top of the site. It takes you to the advanced archives page, where you can search the site for posts with specific comics, on specific dates, and with specific keywords. It’s a nice system, built by my fantastic web developer Adam Norwood, and you should use it to your heart’s content, but really I had it set up for my own use. Sometimes I get a little nagging feeling in the back of my mind to the effect of “did I do this joke before?” and the answer is just a search away: 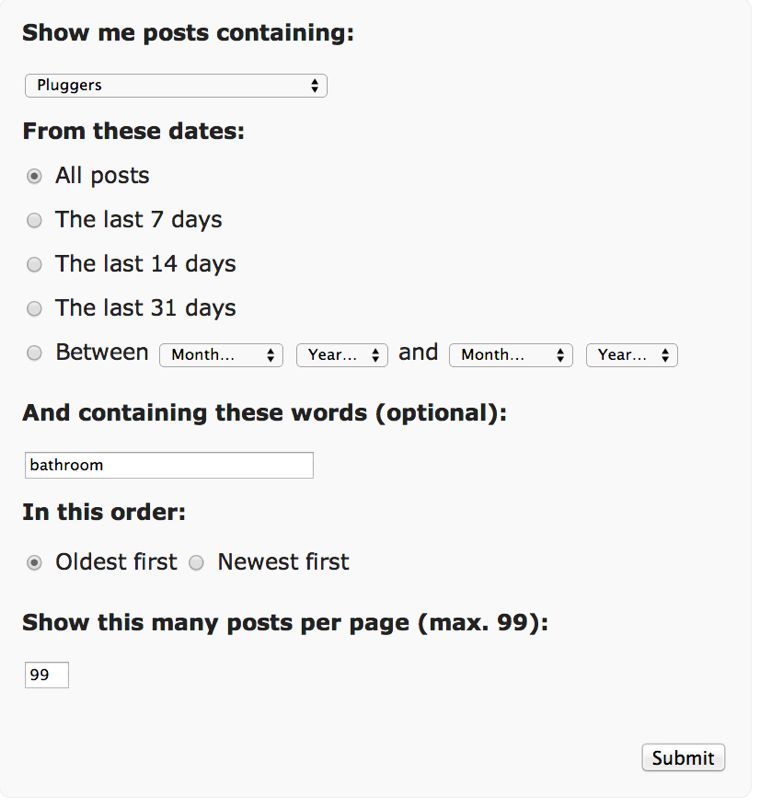 Anyway, feel free to enjoy the joke I wrote on this subject in October of 2012!