Hi everybody, I am back! Thanks to Uncle Lumpy for his fine fill-in work! And thanks to all of you who participated in the spring fundraiser to help keep the lights on around here! You’ll be getting personal thank-yous in the next few days, plus links to a fancy-schmancy Google Forms questionnaire that will make it hopefully easier for me to get rewards out in a timely/organized fashion. BUT FIRST: BACK TO THE COMICS!

Hey, guess who else is back? Gabriella’s mother, apparently! Gabriella, your mother isn’t sick any longer — she’s a foul, undead abomination, shuffling from the graveyard towards the still-living family that her rotted brain just barely remembers, moaning with a hunger that can never be sated. It’s the best news of all!

Speaking of the undead continuity strips: Uncle Lumpy tends to pay Newspaper Spider-Man exactly as much attention as he deserves (none), but I can’t look away from it, and I feel compelled to share with you another great example of Newspaper Spider-Man’s Spider-Powers Being Real Crappy, from last week: 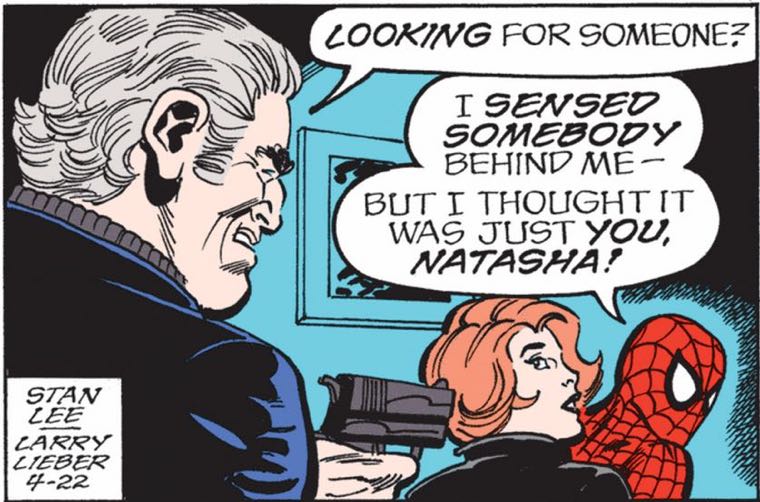 Oh, Spider-Man, your spider-sense is literally of no use to you in situations where more than one person is around! It’s a good thing people generally dislike you and try to avoid you!

Anyway, after a little light breaking and entering and security-guard-webbing, we arrive at today’s strip:

Haha, the potential for super-heroic combat has quickly withered away, and now we’re just left with Spider-Man arguing with the pajama-clad heir to an industrialist’s fortune about the mental health professionals he’s consulting. I love how quickly this strip finds its level in every plot!

I’ve often wondered when exactly the action in Hagar the Horrible takes place vis-à-vis the conversion of the Norse from paganism to Christianity. Well, fun fact: when the Vikings became Christian, they started burying their dead instead of cremating them. So, does today’s installment definitively place this strip in the age of Norse paganism? Not necessarily: perhaps Attila, still loyal to a polytheistic pantheon, is taunting Hagar, whom he knows has converted to the faith of the “civilized” world and, by implication, has gone soft, by sending him an object to remind him of his pagan warrior past. Quite a sick barbarian-on-barbarian burn, eh? I mean yes, the pagan Huns didn’t practice cremation themselves. Also, Attila lived a solid four centuries before the Viking Age. Look, just let me have this, OK? 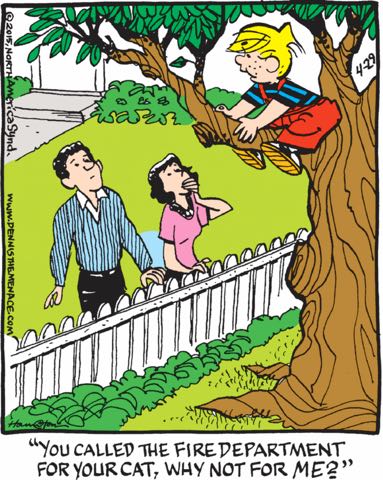 Whining to the neighbors and asking them to call for help because you got stuck up a tree? Not menacing. Making your neighbors, who probably hold you in justified contempt for your irritating antics, question their own moral worth as you force them to confront the fact that, in their heart of hearts, they value the life and safety of an animal over that of a little boy? Extremely menacing.

Herb’s expression of evil plotting as he contemplates an extremely minor transgression against conventional morality is definitely the funniest thing in the comics today. “I’m pretty bad at golf … but based on this scorecard, the world will think I’m only mediocre at golf! None will be the wiser! All will tremble before me! MOO HA HA HA HA HA HA HA”