HELLO EVERYBODY! Thank you all for being so well-behaved while your beloved Uncle Lumpy was here and in charge! I’m back from my journey and what did I find in the mail when I returned home but some FABULOUS MAGNETS from MAGNET-MEISTER MATT CROWE! 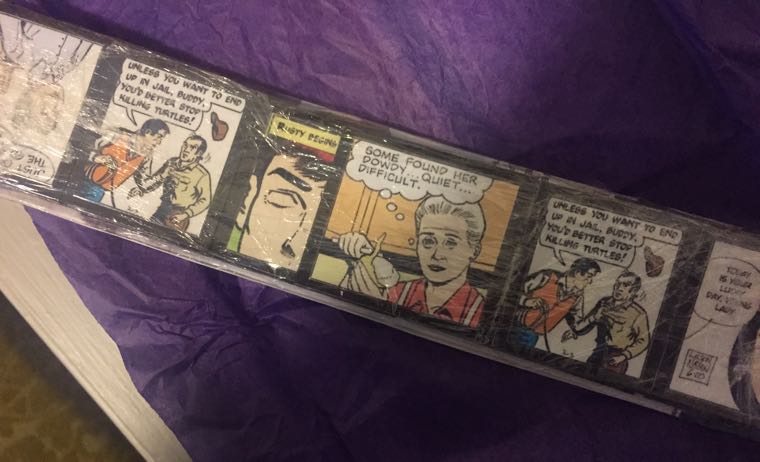 Those of you who have been patiently awaiting magnets (and possibly tote bags) since the spring fundraiser will be getting yours soon! They’ll be in the mail by the end of the week.

Anyway! Let’s get back to what we’re all here for: comics in which a shark is covered in bleeding open sores!

Ha ha, that last image is … something, right? Like, last we saw this shark, it just had some mild scarring, but now it’s just straight-up bleeding all over the place. Who knew nature could be so gross! I did, actually, which is why I never go outside if it all possible and shriek like a terrified child if some non-human lifeform manages to get into my house.

Oh, hey, don’t forget that before Greg was Margo’s boyfriend, he and Lu Ann went on a some dates and did some weird sex (?) stuff, which Margo claimed a little too loudly not to care about. Should we stoke those fires of jealousy for plot-engine purposes again, only much more confusingly, in keeping with Apartment 3-G 2015 style? Sure, why not!

Yesterday, Past Lisa was finally on the verge of figuring out that Future Lisa is Dead Lisa, which means that today we’re cutting quickly over to … Past Les. Because remember, the most important thing about Lisa is that she died/will die, and the most important thing about her death is how it affected/will affect Les. Verb tenses get weird when time travel is involved, but some things are eternal.

“Try not to make noise. The Skinner Box experiment is reaching day five, and while all of Trixie’s material needs have been met, we don’t want her knowing that other human beings exist outside her enclosure. It will mess up the data.”

Speaking of babies who should be placed into isolation chambers, Marvin is visiting a farm, I guess? Ha ha, the joke is that Marvin is like a disgusting, filthy animal! Sometimes I think this strip hates its title character almost as much as I do.