Ah ha! I knew Dr. Liz Bellman’s introduction was meant to imply that there was something significant about her identity. Seems she’s the granddaughter of Betty Dean, who, according to Comic Vine, “played a large role in convincing Namor to aid America and the Allied Forces in the fight against Nazi Germany,” so I guess she only convinced him that some of surface men were not his people’s enemies, ha ha! Comic Vine goes on to say that “Betty would eventually be reunited with Namor and the two would engage in a romantic relationship,” and that her “powers” include “Attractive Female”, which, come on, Comic Vine. ANYWAY, I guess Namor’s Surface-Dweller Fever will probably save humanity again, or at least give Spidey enough time to regain his strength and run away.

Speaking of soap opera plots I don’t care much about, over in Gil Thorp the basketball season plot is about Kenzie Hanley, a very tall and strong elite rugby player whose athleticism has earned her a spot on the basketball team but mostly as a hulking enforcer, as her actual basketball skills are lacking, demonstrated by an egregious airball from the foul line earlier this week. I’ve been so bored by this that I don’t even have any strips posted to demonstrate the fact that up until two days ago, Kenzie was white! But never mind this colorist mixup, because we’ve at last arrived at what I hope will be the hilarious heart of this storyline: Kenzie switching to Rick Berry-style underhand free throws. Will this start a craze of underhand free throws, with the usual gang of Mudlark idiots working to outdo each other in how awkward they look? We can only hope! 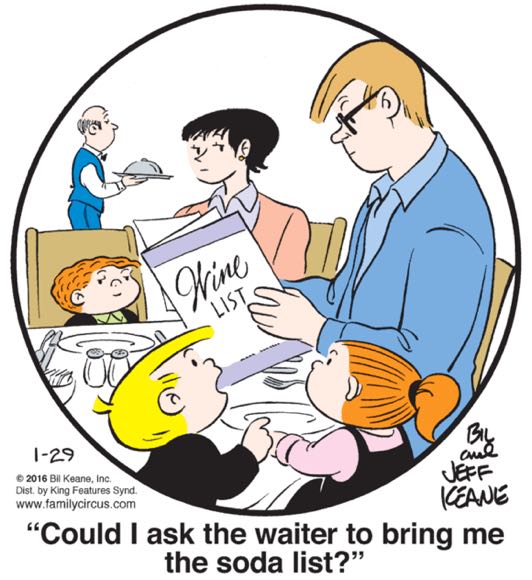 Ha ha, how much do I love Jeffy’s facial expression here? It’s like he’s finally figured out that he’s not the dumb one. 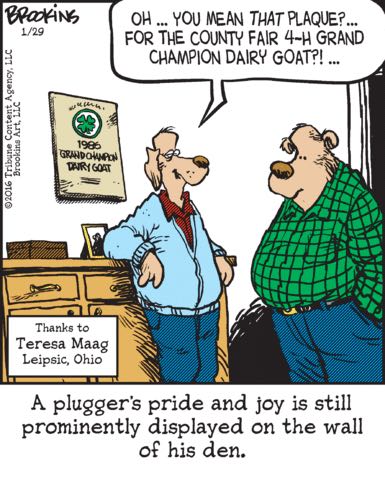 Pluggers peaked in high school and are 100% OK with that.