Guys, I’m gonna be blunt: I don’t think the Newspaper Spider-Man comic strip has a real solid sense of how “science” works. Like, I’m no biologist with a speciality in limbs myself, but I imagine Dr. Connors would be analyzing the genetic mechanisms that control limb regrowth in species like geckos, or maybe studying how limbs grow in embryos, say, then forming hypotheses about how those processes could be reproduced in an adult human. But, no, he apparently just brought a big cardboard box of bottles out to his swamp-lab. “One of them will help restore my lost arm! Vinegar? Liquid-Plumr? Pesto? I won’t stop guzzling down whatever’s in these bottles until my arm grows back!”

As we all know, Dagwood and Blondie spend most of their time sitting in the same room facing away from each other. They’re doing a little experiment to try to restore some emotional intimacy to their everyday lives by sharing the same piece of furniture, and it is not going well.

We’re launching into a new Dick Tracy storyline this week, and it begins with Sam and Dick grousing about how they’re always at the beck and call of Diet Smith, wealthy inventor and supplier of cool cop gear, just because he’s rich. Sure, it’s fun to be a policeman and decide who lives and who dies, but our heroes are getting sick of being tools of capital. But will there still be a need for brutal police violence after the revolution? Don’t worry, boys: according to all of human history, yes! 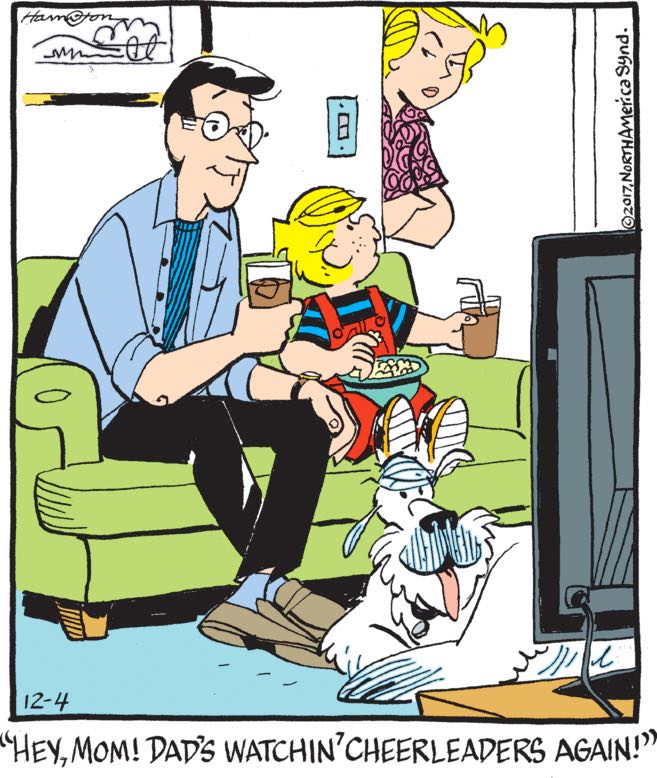