OK, I know we’re in a new era of Rex Morgan, M.D., but I refuse to believe this guy is the Morgans’ lawyer. Refuse, do you hear me? Rex doesn’t hire some schlubby bald guy with a walrus mustache who wears earth-tone polo shirts, keeps his eyeglasses on his forehead, and talks into a cheap bluetooth headset while slurping down his coffee, probably in some dumpy suburban business park somewhere. Rex would hire a high-powered guy in a suit, possibly the mob lawyer who helped solve Kelly’s bullying problem, and Rex would pay however much it took to destroy the biological grandparents of the little kid he barely even wants to adopt, just on principle.

Man, these birds are wearing shoes and pants and have a layered top situation and their wings now end in fingers, complete with a prehensile thumb, so I’m pretty sure the cardinal can WALK now, Slylock, Jesus 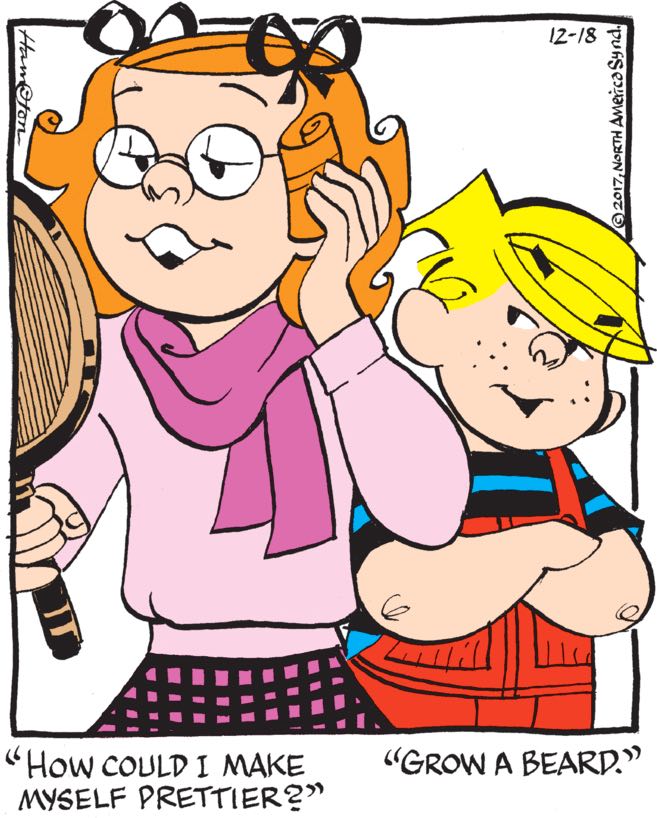 “And stop trying to be mine! Girl, there’s nothing that’ll make you pretty like self-respect.”

This is not a line of questioning you want to pursue

Trust me on this