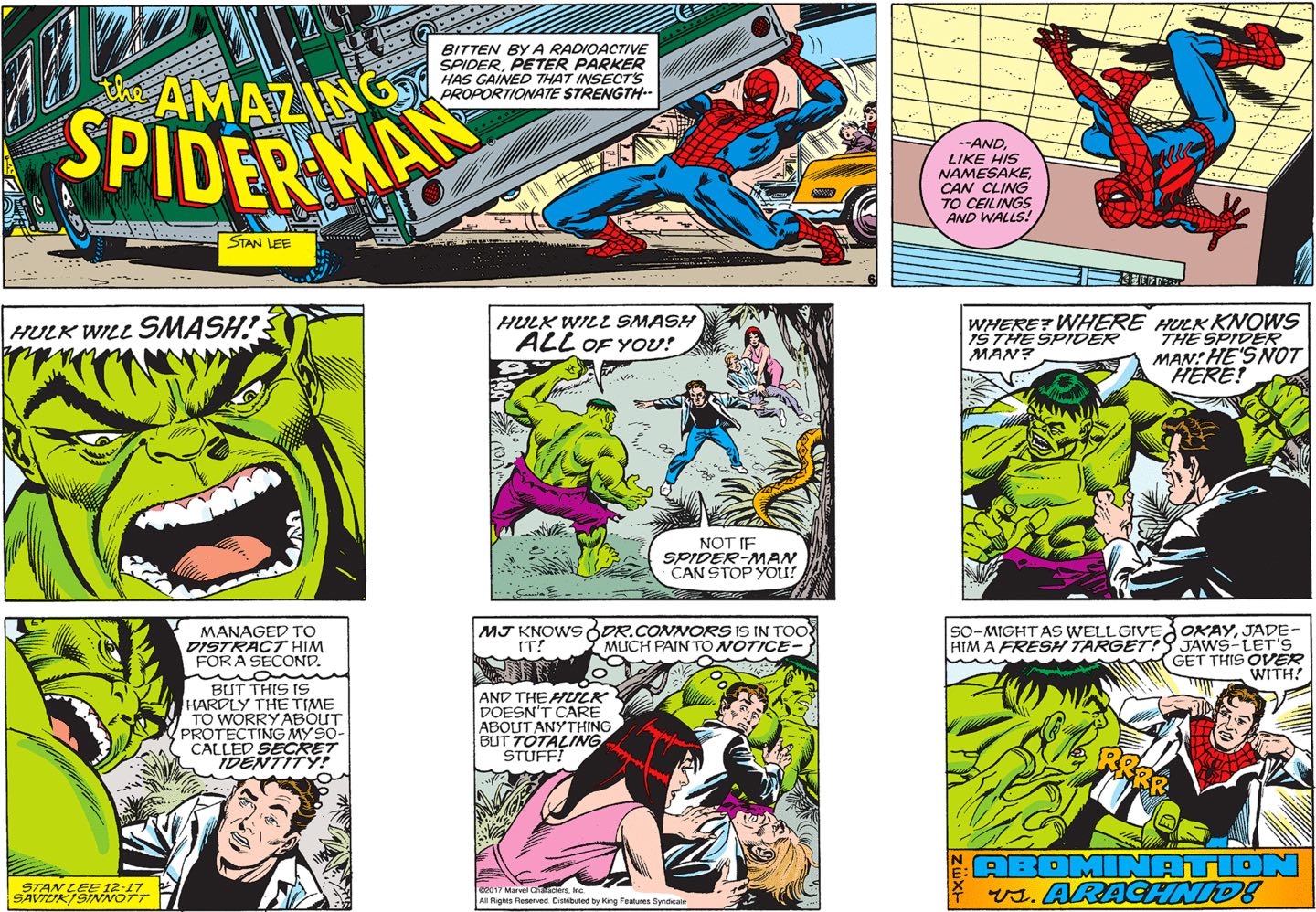 So I guess it’s true, Dr. Connors really doesn’t know Peter Parker is Spider-man! Fortunately, he’s been savagely RRONGK?ed on the leg and so can’t pay attention to whatever’s going on around him. I personally have never been subject to a leg-RRONGK?ing, but I find this slightly unbelievable! Maybe I’m overestimating my own stamina and ability to focus, but I feel like even if I had some mid-level lacerations in my lower extremities, I’d notice if a guy three feet away from me loudly announced he was Spider-Man and then took off his shirt and it turned out he was wearing the Spider-Man outfit and then he fought the Hulk, proving he was Spider-Man!

Also, I get that Newspaper Spider-Man is trying to capture some of the magic the Hulk brought to Thor: Ragnarok as a super-powered sidekick to the title character, but why call him an “abomination” in the narration box? That’s just disrespectful to your guest star. 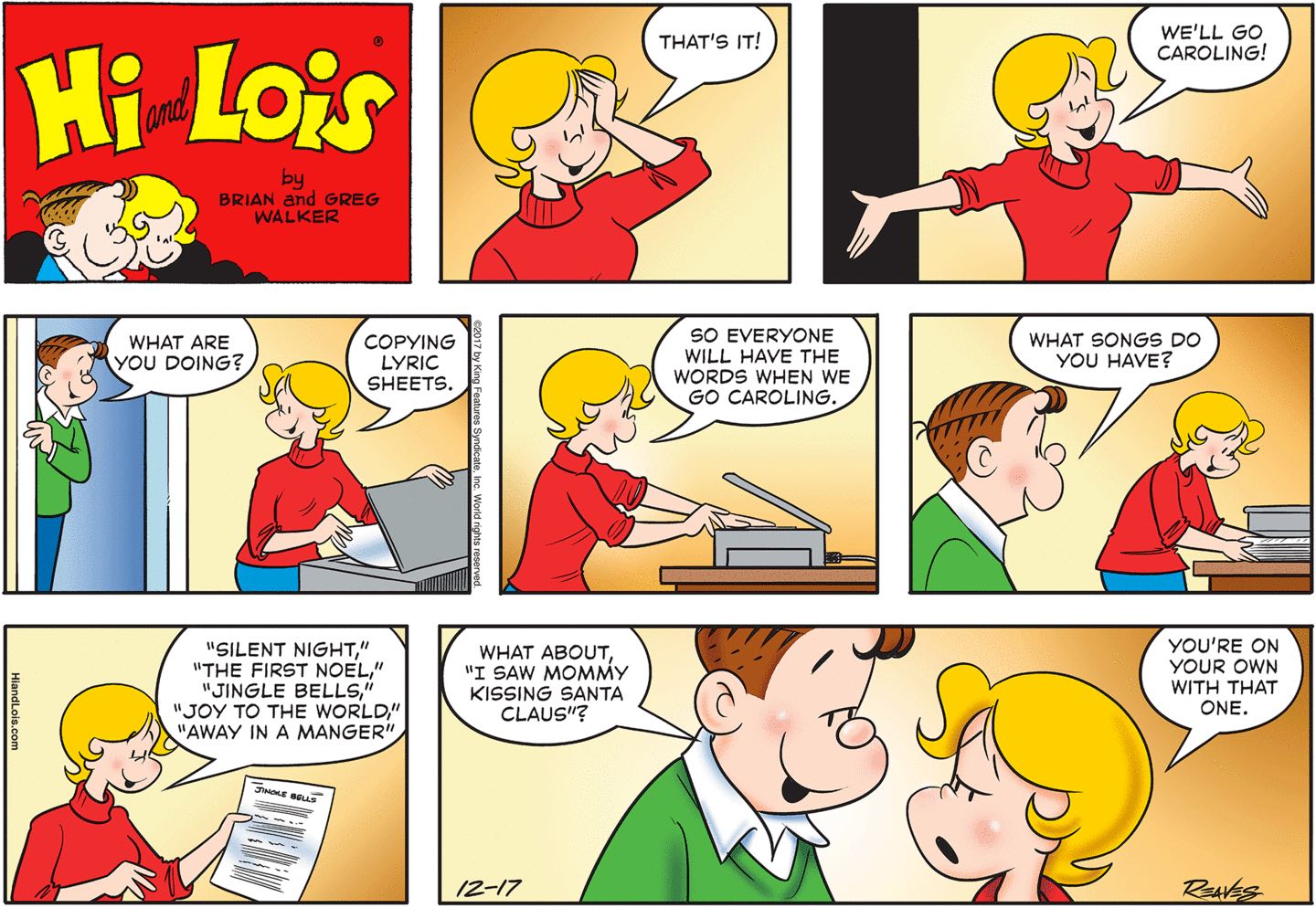 Is Christmas about the birth of our savior, Jesus Christ? Or is it about elaborate sexual roleplay? The culture war around the holidays continues unabated.