The ongoing story of General Halftrack’s cognitive decline has been seeded in this strip over the past few months, but today the whole thing has taken a decidedly grim, late-era Soviet Union-style turn. 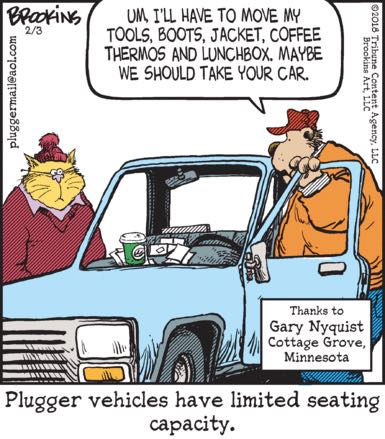 Pluggers’ problems with hoarding have gotten really out of hand and have now made it impossible for anyone else to even ride in their car, much less enter their homes.

JUDGE PARKER SENIOR AND HIS ESTRANGED TROPHY WIFE ARE GONNA FUUUUUUUUCK, EVERYBODY