So here’s the difference between Barry Bader and his dad: Barry has an incredibly abrasive and confrontational attitude all the time, but especially when he’s unloading some truly noxious and self-serving opinions like “Everyone’s pretending Boo Radley was so nice just because she’s dead but actually she was kind of sarcastic” and “Everyone is mean to me because I’m short.” But Del has a much slicker and smoother aspect, even in prison, allowing him to seem somewhat more amiable as he drops truth bombs like “I started the accident, but that other guy finished it” and “D’you ever notice that people find the deaths of innocent teenagers with their whole lives ahead of them particularly repellent?” That’s the attitude that made him the Valley’s number one chemical solvents salesman, right up until he killed someone with his car.

Ha ha, Howard Carter certainly is an old tomb raider! Specifically, he was born in 1874, making him 144 years old — quite old indeed! — and the tomb he raided was King Tut’s. Probably he was cursed with one of those ironic immortality deals, but he actually seems pretty chipper at the moment, perhaps because he’s lured another set of sacrificial victims to sate the appetites of the universal Dark Pyramid God he serves. If this story doesn’t climax with the reappearance of “Dirty”’s erstwhile pharaonic pal (surely it takes more than a little light stabbing to dispatch an 4,000-year-old Egyptian God-king) I will be very upset at the missed opportunity! 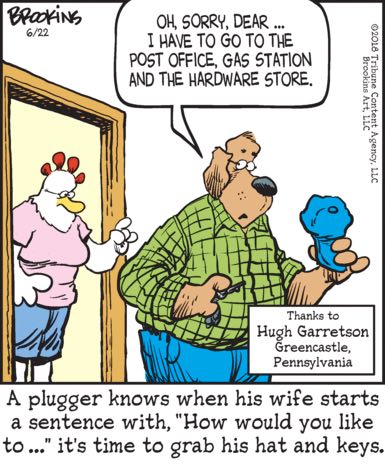 Ha ha, it’s funny because pluggers resent their wives and don’t want to spend time with them!