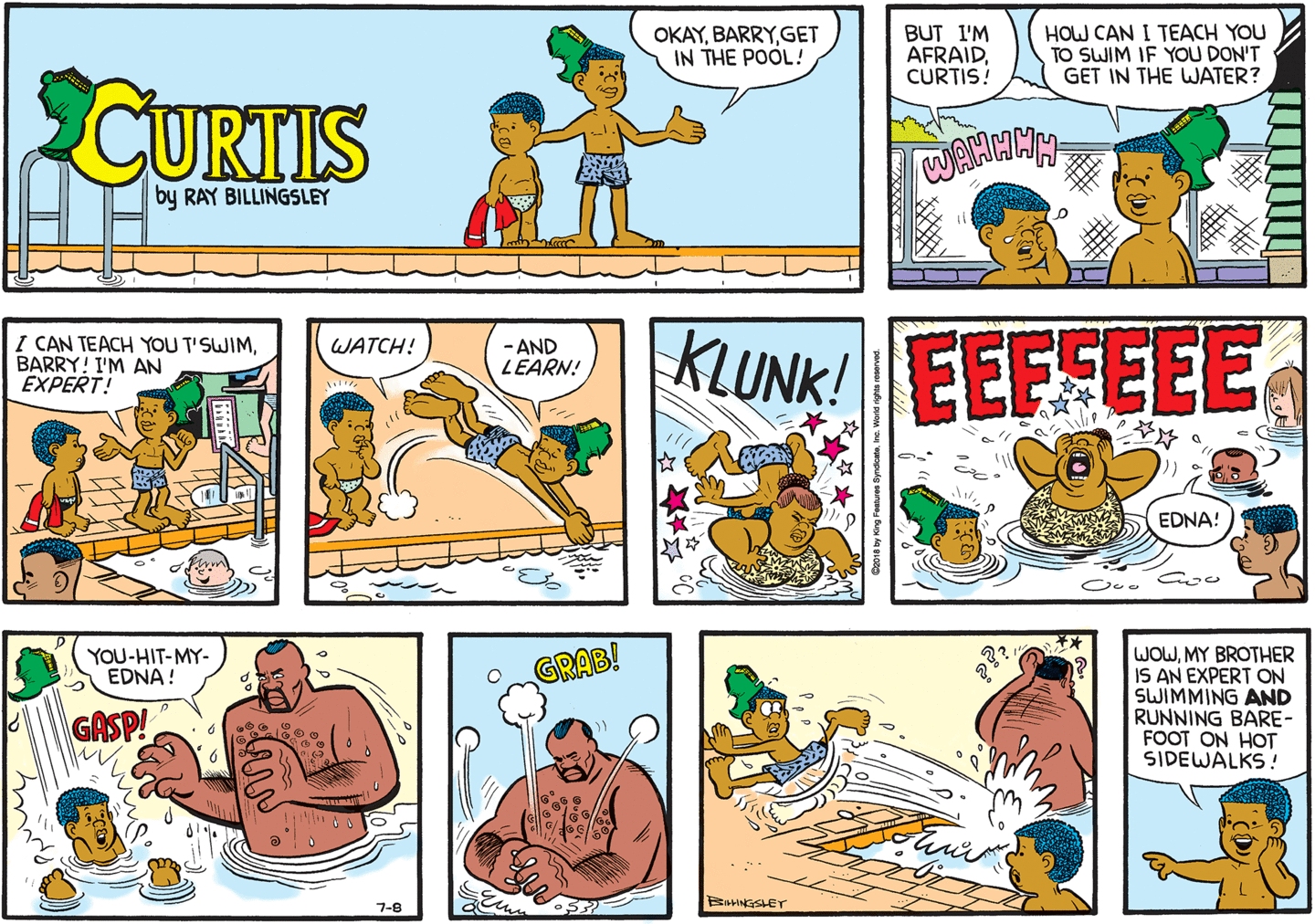 On hot summer days long, long ago, Grandma Lumpy would drop a carload of us kids off at a city pool pretty much like this one for an afternoon of swimming and horseplay. I don’t know if parents still do that; I hope so — I’m sure they could use a break from Kids Today, and kids can learn a lot from being lightly supervised among strangers.

What Curtis learns from these outings is: 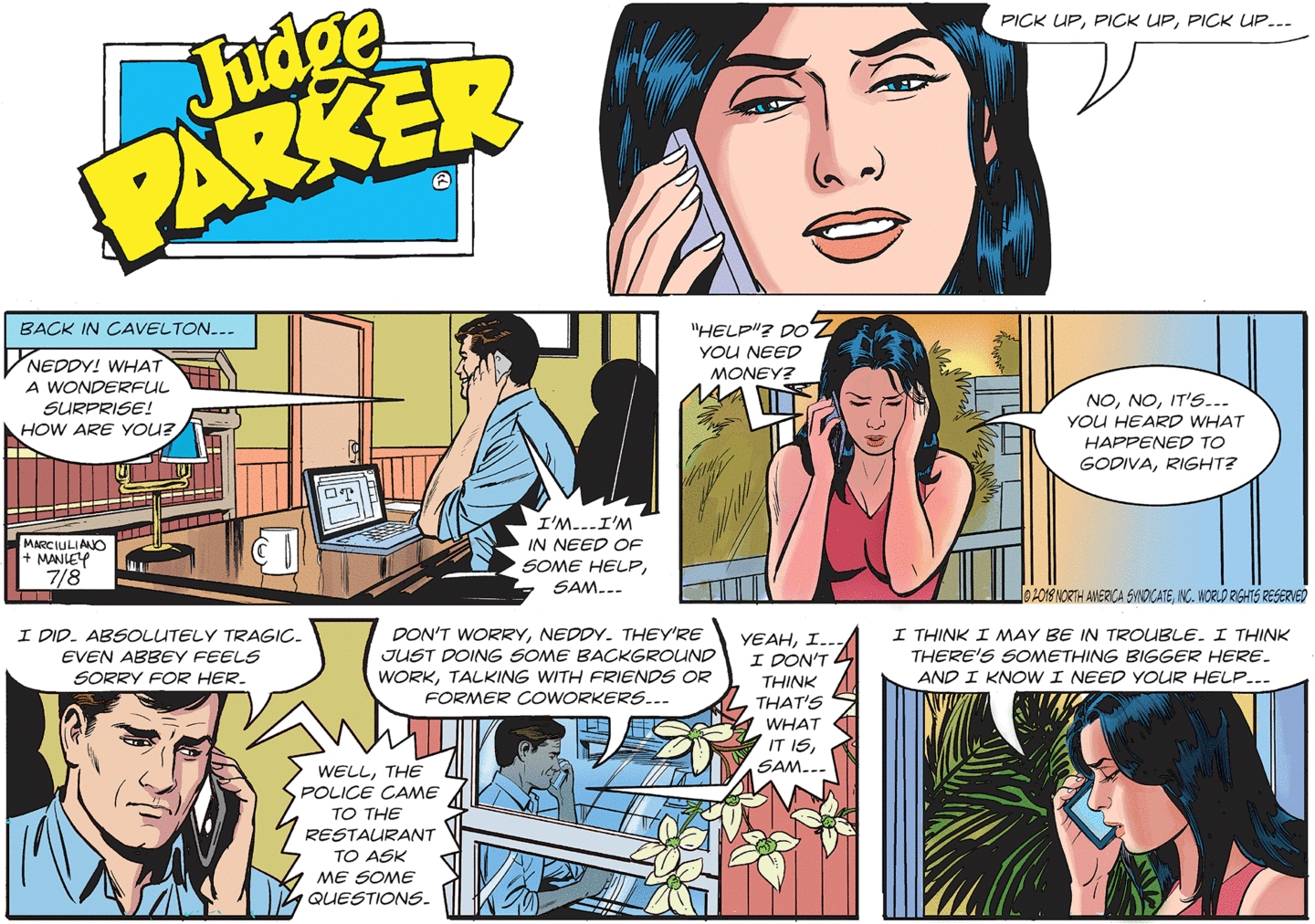 By the time you need Sam’s help, it’s waaay too late — unless you need help constructing an elaborate crazy person conspiracy board. Unfortunately, there’s not enough yarn in Cavelton to connect the dots strewn across this strip. But the broad outlines are clear.

We have reached the final Carnage of the Clans, in which the Parker and Spencer dynasties — having defeated all lesser rivals — face off in battle. The Parkers, blackmailed into alliance with Norton and April, ally with CIA renegades to pick off Spencer fellow-travelers like Godiva, one by one. The Spencers consolidate their far-flung resources, and work with the legit CIA through local liaison Jim Yelich to frame and shame the Parker alliance. It ends in the smoking ruins of Spencer Farms as Abbey and Katherine — bloodied and screeching — claw one another for possession of some meaningless trinket.

In his distant lair, Rocky bides his time.

No, the call is coming from inside the theater, during the movie! Kill him, Slylock — kill him dead!