Several different uninteresting storylines featuring uninteresting sets of characters intersected at Buck and Mindy’s Vegas wedding, and so the big question after that was: what boring nonsense was going to come up on the bland Rex Morgan, M.D., slot machine after everybody parted ways? The “winners” turn out to be the Hanks, making their way across America one dumb roadside attraction at a time — except Hank Sr. has decided he’s going to go back to Millie’s diner and win back her heart. But now nobody is answering the phone at the diner!!!! Will our heroes stumble into a robbery or a fire or some similarly dramatic situation??? Or will it just be that things were really slammed and nobody picked up the phone, yes, that’s the more likely alternative, the much, much less exciting thing, that’s the one that’s happening.

Oh, it appears Mark’s reputation has preceded him here south of the border, down Mexico way, and what does that reputation consist of? Well, we know he hates evil-doers. We know he particularly hates those evil-doers who illicitly traffic in the cultural heritage of the indigenous peoples of the Americas. And we know that when he gets angry, vehicles explode. Jo(s)e’s precious classic car … ice cream truck … thing is not long for this world, is what I’m saying! 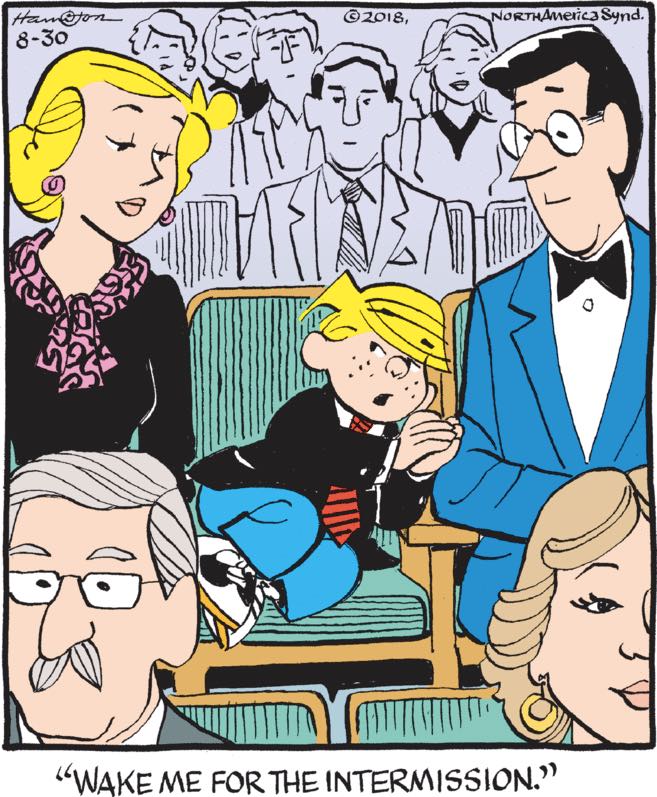 You’ve taken your five-year-old to a live performance fancy enough to require a jacket and tie … and he announces his intention to peacefully and quietly sleep through it, allowing all the other theater-goers, who appear to universally be adults, to enjoy the show? That is literally the least menacing possible scenario here