Remember that time Rusty accidentally took some pictures of a couple of bank robbers laying low (?) at a local cafe, and then they offered to buy his camera and when he balked at that they just grabbed the camera and threw money at him? Anyway, if you look at that camera it was obviously from 1953, which means he’s not super up on modern photo-taking technology and it’s thus not surprising that he has no clear idea what he’s supposed to do with his phone as he and Mara surreptitiously try to gather more information on their suspect. I mean, phones are for making phone calls! And who’s he supposed to call? Mark? The police? The library, to get information about Mayan artifacts? You’re not making any sense, Mara!

We all have a good laugh about not know what Beetle’s eyes look like because he never takes off his cap, but having now seen the weird fleshly lobe that normally lurks under General Halftrack’s hat and apparently flops grotesquely down over his eyelids when he removes it, I for one demand that we remain protected from whatever body horror lurks on Private Bailey’s skull. 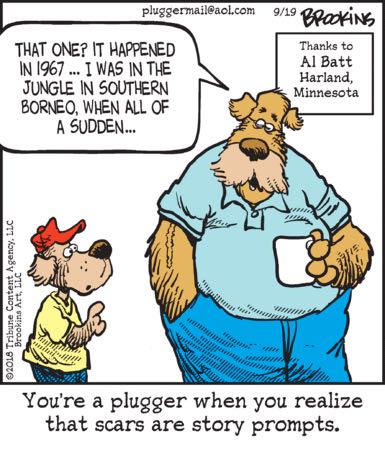 Look, kid, you might not get why pluggers had to aid and abet the Indoensian genocide in the late ’60s, but just trust us: sometimes you gotta kill a million people, for freedom and America, OK?