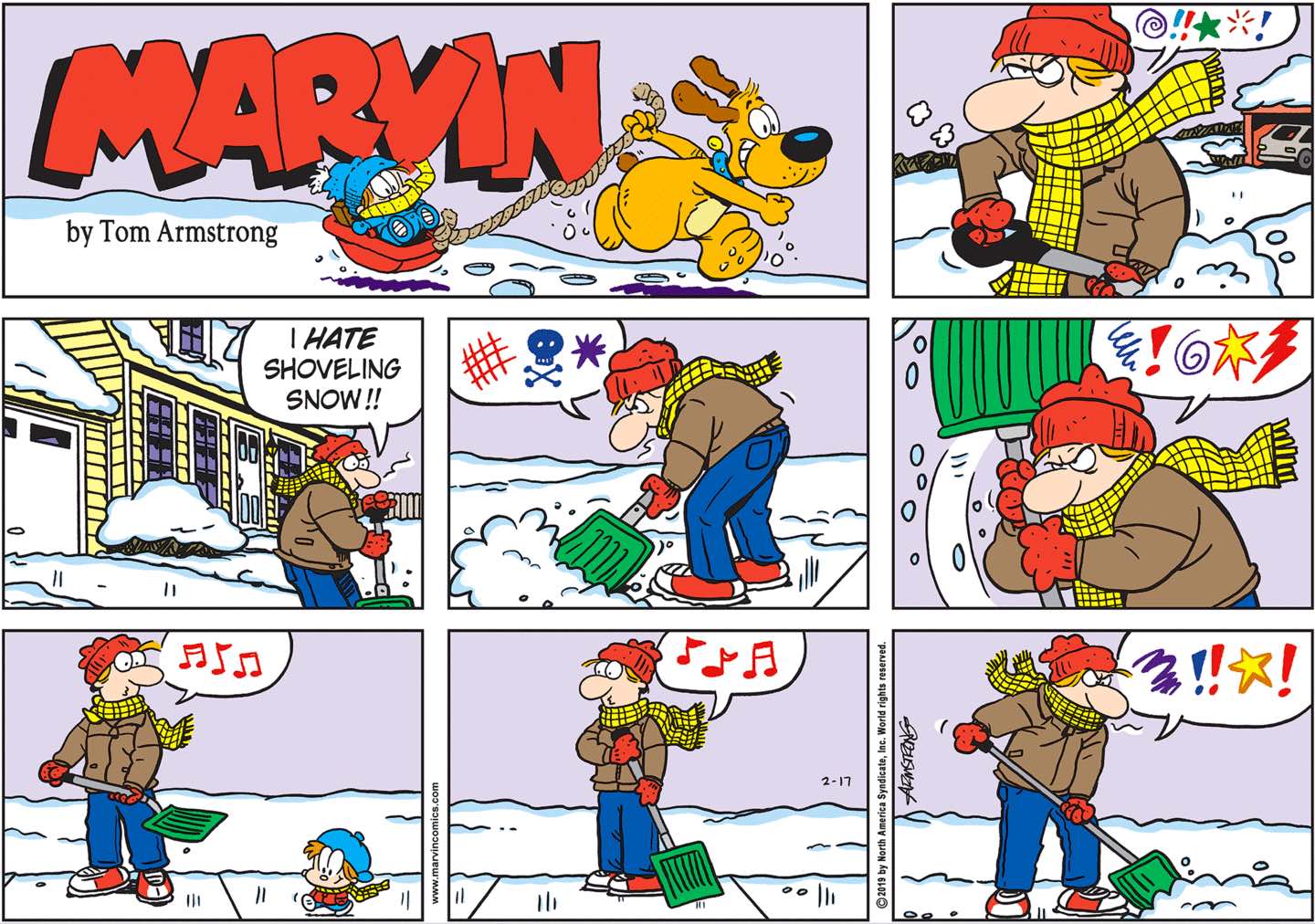 I know the joke here is that Jeff is swearing continuously while shoveling but has to briefly stop while his son is within earshot so he doesn’t pass on any bad habits. But honestly, the more realistic scenario is that Jeff is doing that innocent whistling thing as he pretends not to notice that Marvin — who, remember, is a toddler who should probably be supervised at all times — is just wandering past him and trudging out into the icy winter landscape, presumably to his death. 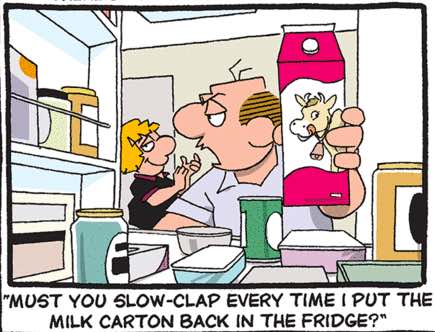 I really appreciate the point-of-view we’re getting in this panel. It’s as if we’re being invited to imagine what the Lockhorns’ home would seem like through the eyes of something in their refrigerator: long hours of silence and darkness, punctuated by brief moments where you get a glimpse of them attempting to passive-aggressively wear one another down emotionally. 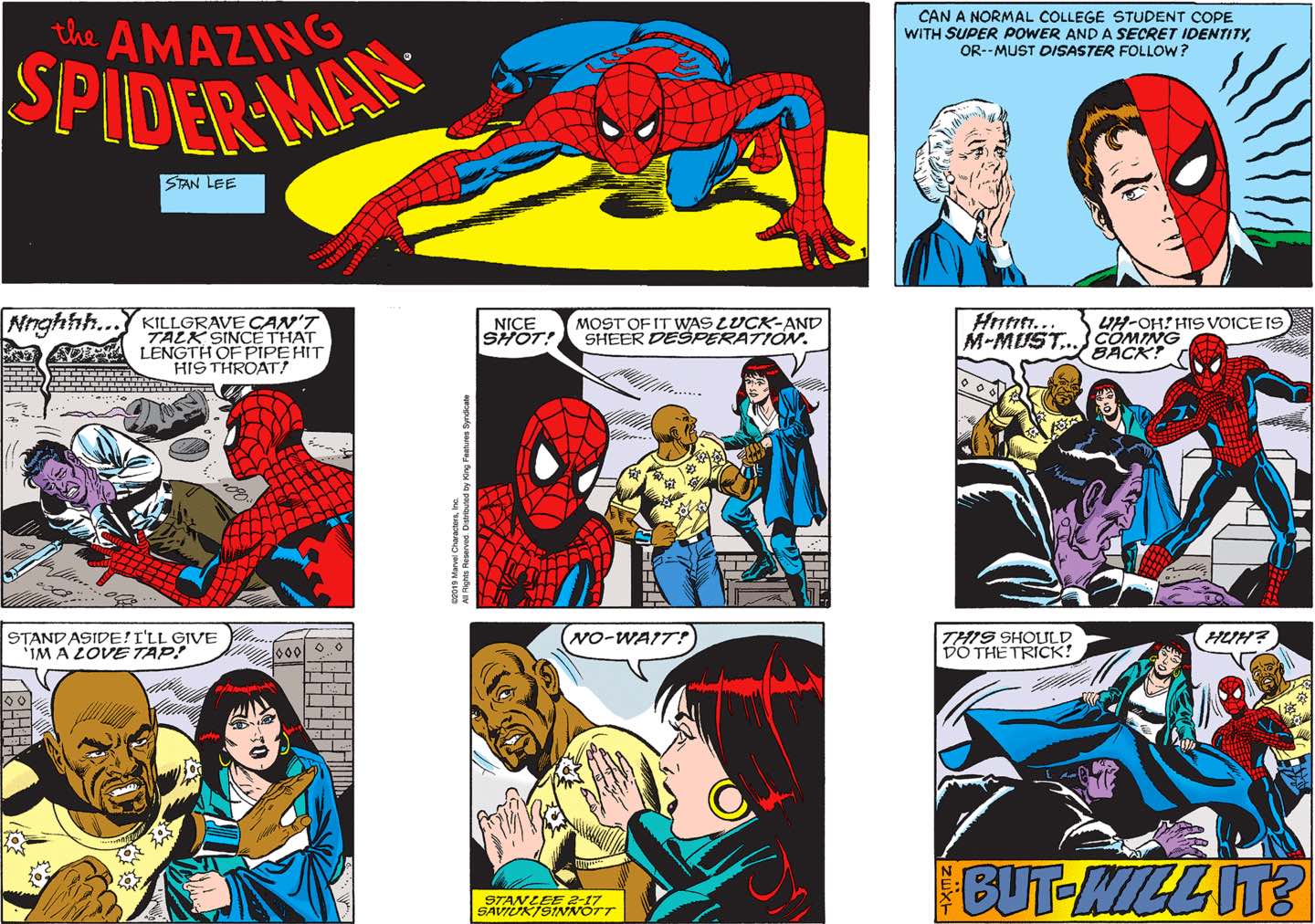 MJ’s coup de grâce seems to be based on the assumption that if they can’t see Killgrave, he will no longer be a threat. Soon our heroes will face their most powerful foe yet: object permanence. 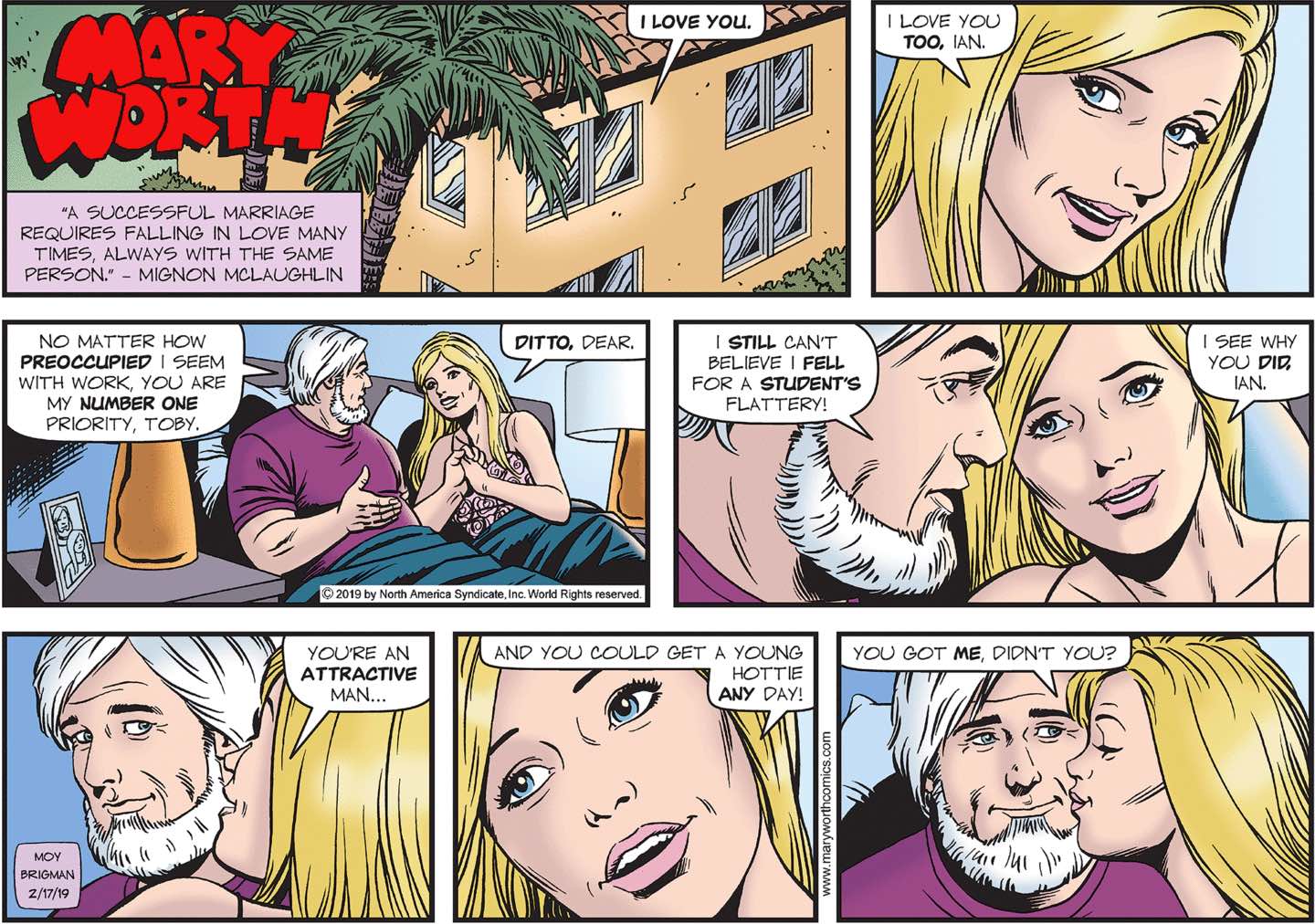 Ah, so Toby is explaining to Ian that he shouldn’t get too fixated on any one attractive young woman who says nice things about him, because probably there are lots of attractive young women who are lusting after him all the time! Can’t see anything going wrong with this plan.