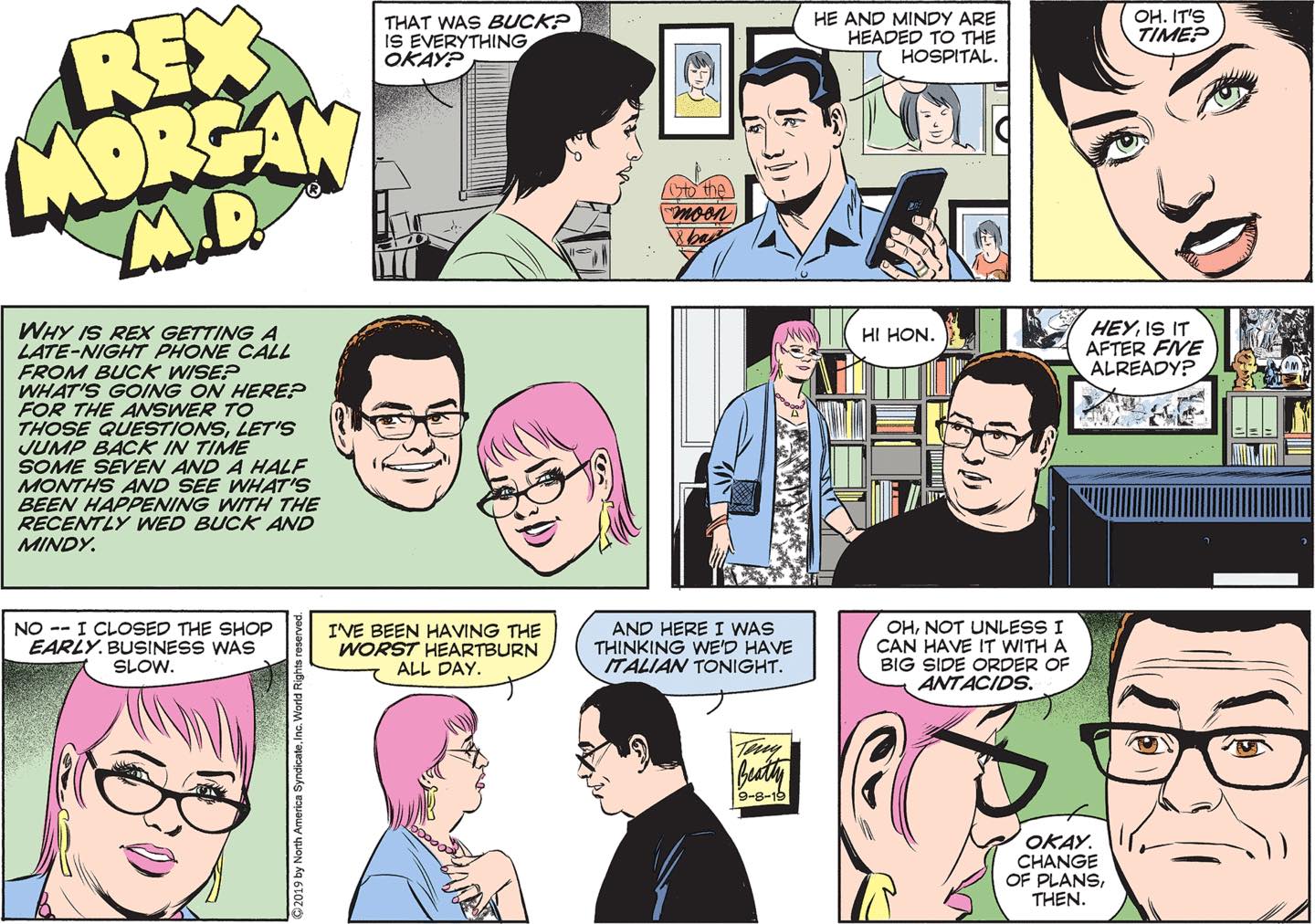 Oh, hey everyone, looks like the New Age Scammer plot is over and done so we can move back to … Buck and Mindy, everyone’s (?) favorite (???) recurring Rex Morgan, M.D., ancillary characters! Buck’s come a long way from when we first met him, right after he got shot in the head with a nail gun by his wife/Rex’s ex-girlfriend, and now he’s with his new loving wife Mindy, who based on the evidence of this strip he appears to have successfully knocked up, but what if she’s not pregnant at all? What if she’s just had really bad indigestion for the past seven and a half months, and when June says “it’s time,” that means that she’s finally successfully pooped under a doctor’s supervision? I think that would be truly beautiful. 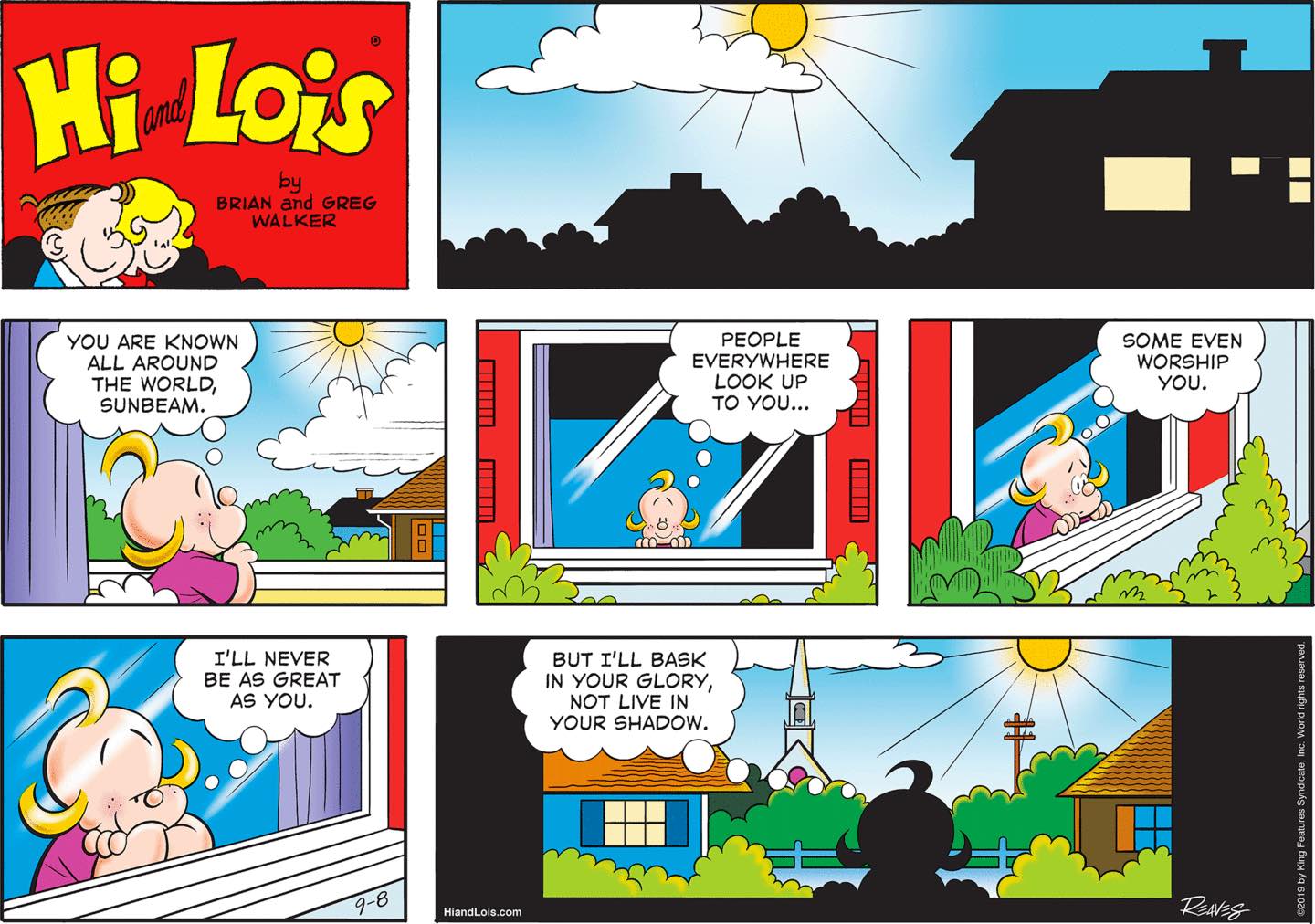 I’m sorry, “I’ll never be as great as you, but I’ll bask in your glory, not live in your shadow” is some extremely supervillain origin story monologue shit. Trixie has just pledged to live, die, and possibly kill for her liege lord, the Sun, and we should all be worried. 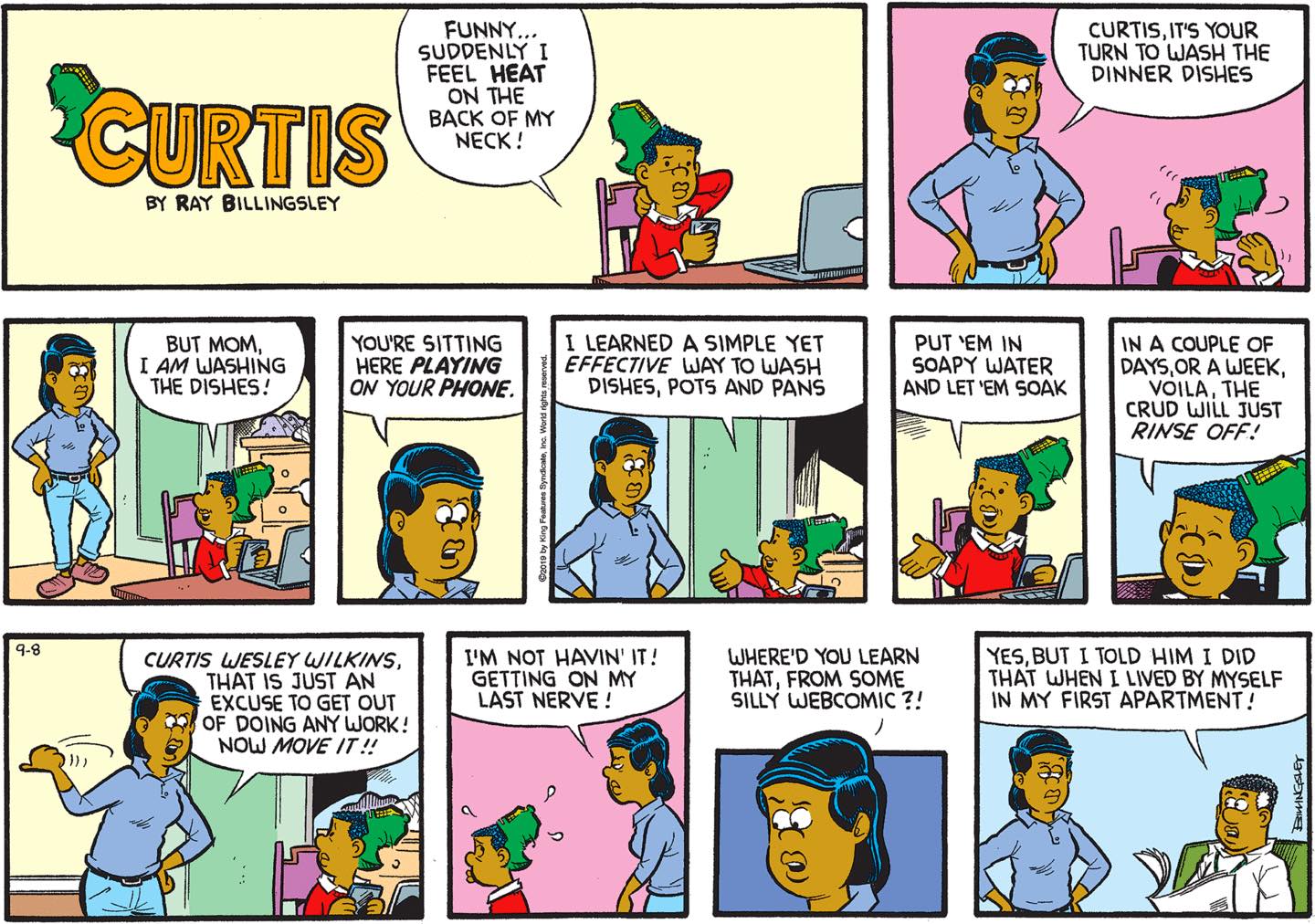 Man, I know the webcomics community doesn’t have quite the same energy that it did in the ’00s, but … are people really doing webcomics about half-assedly cleaning your dishes now? Is that … is that a thing? Maybe I’m the one out of touch with the scene.