Today we must consider, as we occasionally do on this blog, the anonymous people who fulfill one of the most thankless tasks in the comics industry — indeed, one of the most thankless tasks in our whole late capitalist superstructure. I’m talking, of course, about the people who add color for the online versions of black-and-white daily newspaper comic strips, who seem to have only in-strip context clues as to how to proceed and not a ton of time to decide what colors to use.

Our story today involves two strips: one a longtime legacy strip, now shambling forward forever in zombie reruns, and another that was considered a fresh and different comics page perspective when it was launched a mere 25 years ago. Both have gags today that are, quite frankly, disgusting, though the visual cues signifying what’s happening are quite subtle, and it’s interesting to see how the colorist reacted in each case. In Crock, the joke is that little Otis, assuming that his mother would not allow him to have a pet camel because camels shit so much, has covered the beast’s anus with what appears to be medical tape, an extremely temporary solution that can only end in a lower GI crisis for the poor animal, a fecal explosion, or both. The colorist managed to spot the butthole-covering gauze and colored it white, in contrast with the brownish camel fur, ensuring that we all recognize Otis’s stratagem and anticipate the horror to come.

In Rhymes With Orange, meanwhile, the joke is that if you’re a snowman, a “urine test” isn’t a test of your own urine, but rather a test of urine that others have deposited on you, with the implication being that even sentient snowmen are used as a convenient object on which animals, and possibly people, urinate, much to the snowmen’s presumed disgust. You can see a little triangle at the bottom left of our patient that presumably represents a small section of his body that had been partially melted by a steaming stream of dog piss. This should by rights be a soft yellow color, and the fact that it’s as white as the rest of him means one of two things: either the colorist took stock of all this and said “No, not today, I will not cross this line and spend my workday examining the color choices in Adobe Photoshop and deciding which best represents pee, I have an MFA in graphic design,” or they blessedly just didn’t get the joke in the first place, which really puts them one up on all of us.

I’m absolutely in love with the idea that Jared is such an intense Star Wars fanboy that he’d feel compelled to see a parody Star Wars film but would experience great emotional distress while doing so, like he was watching a horror movie. Clearly the most unnerving scene was the “one with the lightsaber,” in which I feel safe in assuming that the iconic laser sword, normally used by noble space monks to fight each other even though they have access to perfectly good guns, became a very on-the-nose visual metaphor for a dick. Jared couldn’t even stand to look at that one! The pleasure of recognition and the pain of irreverence, intermingled in a single cinematic experience! It must’ve been deliciously uncomfortable for the poor lad. 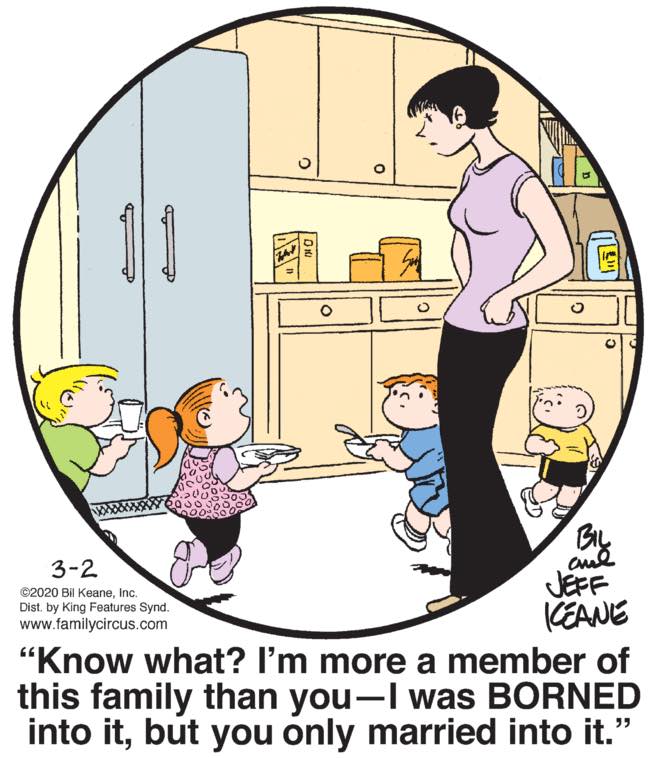 Ha ha, it’s funny because Dolly is heavily invested in the patriarchy!

I DON’T KNOW, BECKY, HARRY ISN’T RETIRED AND HE SEEMS TO HAVE TIME FOR THAT KIND OF THING! I KNOW THE STRIP KEEPS SAYING HE’S RETIRED BUT IF THAT’S TRUE WHY THE FUCK DOES HE KEEP COMING INTO WORK