Oh no oh no oh no is Les telling Marianne about the sex stuff? I think that’s what we’re supposed to understand by the lacuna in his dialogue in the second panel? She already had to endure saying this dialogue, hasn’t she suffered enough? And is he … hitting on her? By doing this? Since Funky Winkerbean is fixated on classic Hollywood, it’ll be just like the classic Hollywood film Vertigo where Jimmy Stewart tries to remake some poor woman into his dead beloved; in Vertigo it was sad, gross, and ironic because the poor woman secretly is his dead beloved, whereas here it will just be sad and gross. Anyway, I’m really looking forward to years of strips covering Les’s divorce. “Blessed Lisa would never have left me for trying to mold an actress in her image and then have sex with her,” Les will fume silently to himself.

“I mean, at first I was sad about being separated from my dad, but it turns out that he’s a real asshole who just dumped me on a stranger and fled the country, so it turns out that it’s actually pretty easy for other people to be better caregivers than him!”

Yes, Bangalla is a thriving post-colonial democracy, with a vibrant economy in which all it takes to get a good-paying job is [checks notes] a personal relationship with the head of the local government-backed paramilitary force! 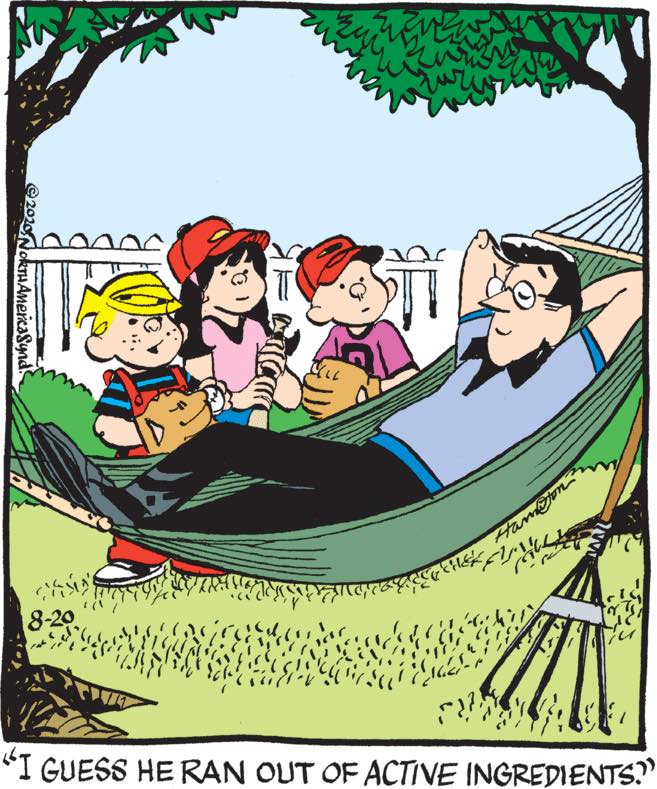 Sad news: Henry Mitchell passed away peacefully in his sleep today at the age of 35. Rest in power, Henry, you’ll always be in our hearts.