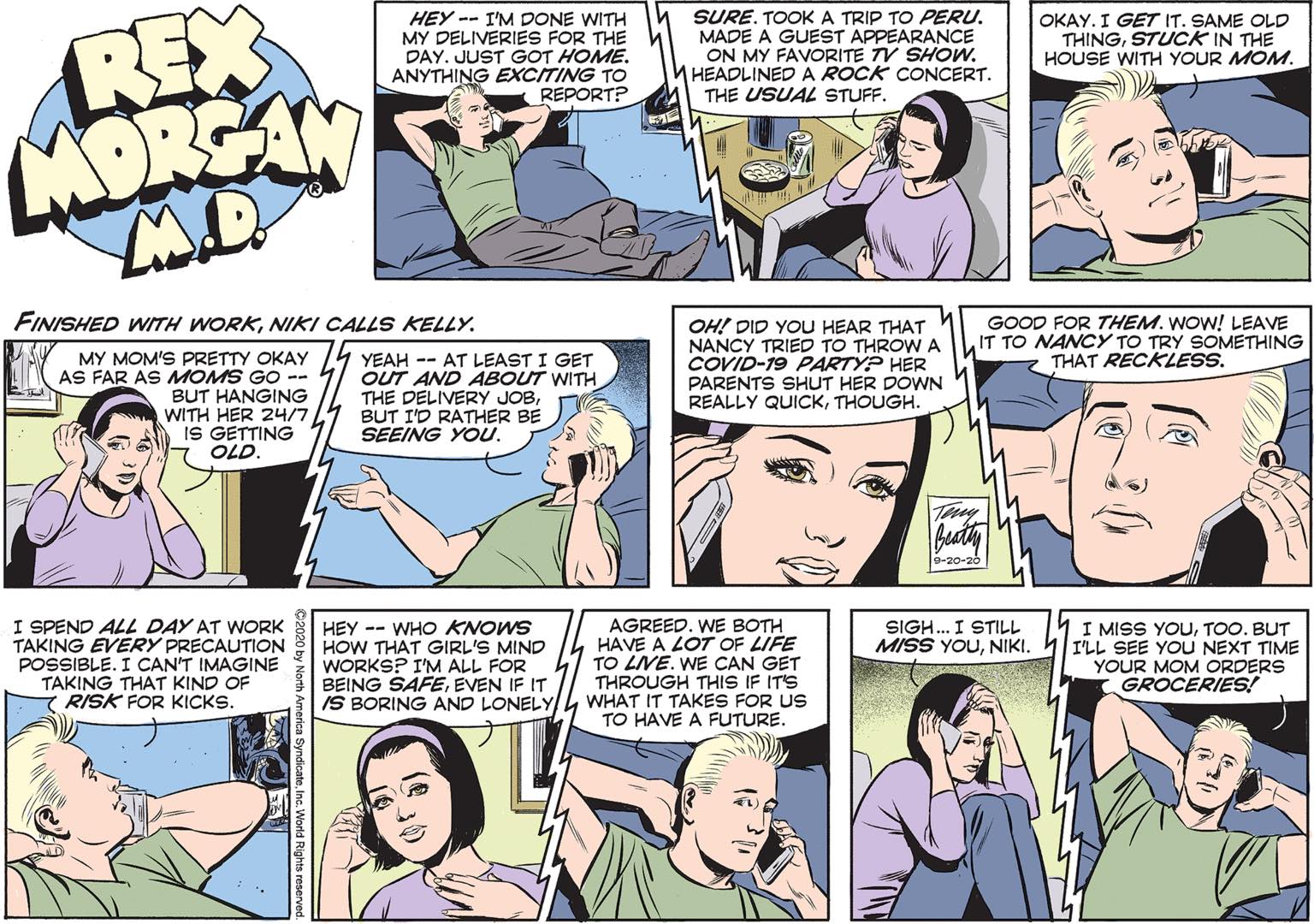 Hey, remember Nancy, Kelly’s sneering mean-girl nemesis who tried to key Kelly’s car, back when Kelly was being chauffeured around in a hearse by mobsters because this strip used to be interesting? Well, Nancy briefly tried to do something interesting, but don’t worry: it was prevented from ever happening, off-panel, which is good because otherwise we might have had to watch it happen, instead of getting an entire Sunday strip of virtuous characters talking to each other on the phone. 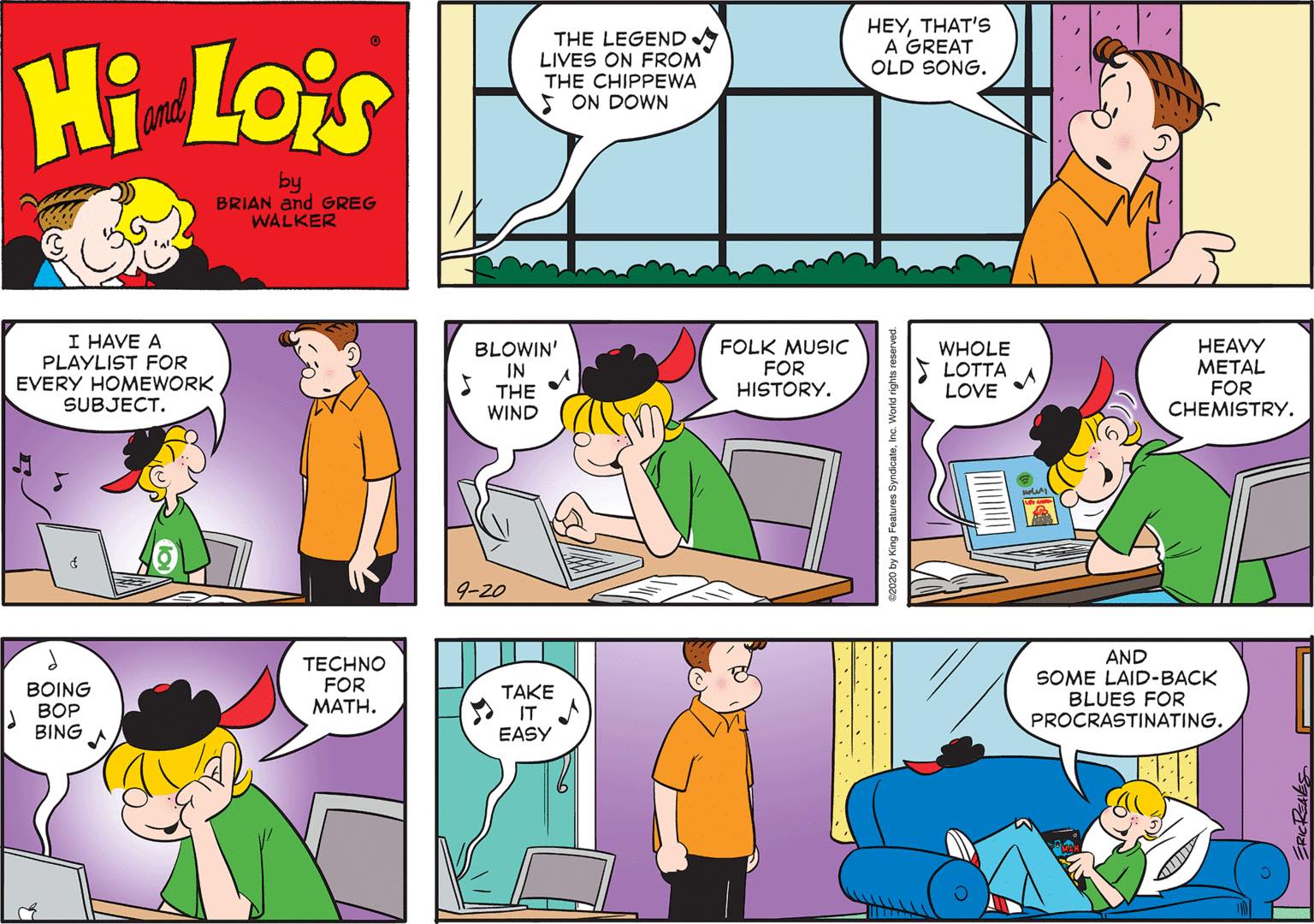 I genuinely love that (a) techno has been rendered as “boing bop bing” here and (b) that Hi has gone from dubious to extremely over it as Chip works his way through this bit.

You guys, Dustin finally did an actually kind of funny joke! Unfortunately the joke is that Popeye is on TV holding a can labelled “kale.” The punchline to the strip itself is not funny.