Good news, everyone! The annual Milford bonfire, which began in 2007 and faithfully recurred every single year over and over and over until it abruptly stopped, only to abruptly be revived last year, is back on its annual schedule. Sure, we don’t actually see any flames today, but the important thing is that we know it’s happening, and we’re sure seeing some sparks — namely, some dude seeing childhood pal Becca Ramirez in a whole new, presumably romantic, light; and newbie Corina Karenna thinking about arranging her own bonfire for the volleyball team, probably by burning down the school. 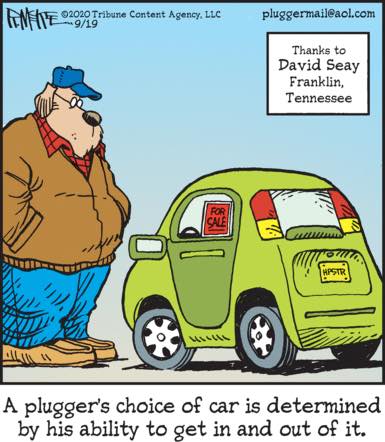 Pluggers are hulking, monstrous chimeras, half man and half beast, and their bestial genes result in them towering over puny full-blooded humans. Obviously they can’t fit into normal cars, and it’s honestly insulting that you would even try to sell them one.