The current Gasoline Alley storyline is too boring and confusing for me to get into here, and in that sense it is quite frankly like most Gasoline Alley storylines. But I do want to point out that Gasoline Alley is one of those strips where the characters age over the years, which makes them not only more and more wrinkled but also results in them learning and growing as human beings. Why, it was a mere 13 years ago that Slim reacted to the presence of basketball-playing youths in his neighborhood by attempting to kill them by hiring a guy to drop a meteorite on them from a helicopter. But now it’s the year 2020, and Slim has learned that murder is one of those things that might’ve been OK in its historic context but is no longer “woke.” 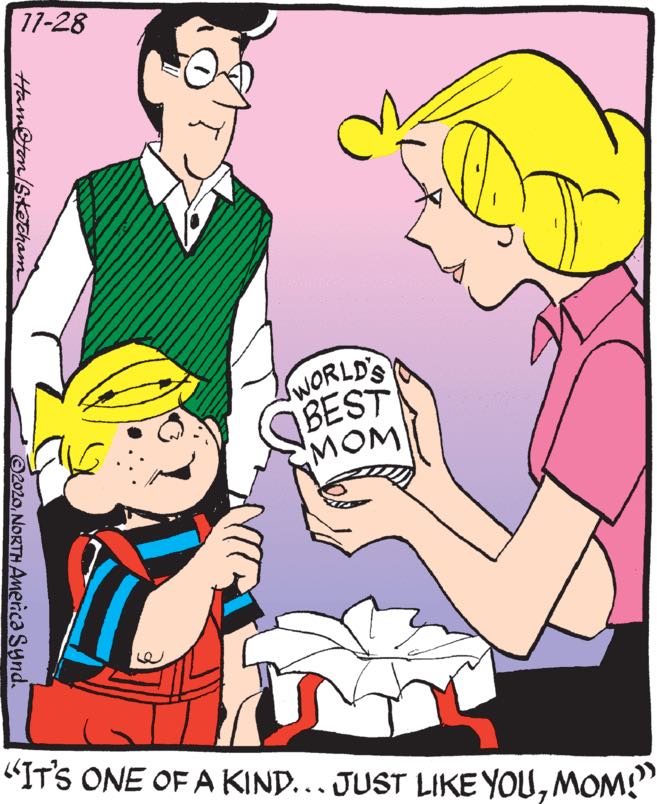 Henry’s facial expression is kind of puzzling but it honestly looks like he’s trying to suppress laughter? “What a little idiot,” he’s thinking. “She’s not even in the top decile globally.”

How are things going over at Beetle Bailey? Well, the Camp Swampy boys are rounding up terrified civilians at gunpoint so … not great, I guess!