Ahh, one of my favorite occasional Gil Thorp bits is when they introduce a nerd character, to balance out the jocks, although because of this strip’s relentless focus on jocks, the plot is always that the nerd must enter the jock realm! Like Remember Bobby, the stats nerd who weaseled his way into an unpaid quasi-assistant coaching gig but gave fake adderall to one of the basketball players and got fired, only to come back a few years later to attempt to humiliate Gil via billboards, except that he was ultimately humiliated himself by Marty Moon? Or remember Steve Luhm, who was technically a jock because he played basketball but also was a nerd because he was a feminist and couldn’t use street slang appropriately, and then he came back a few years later to work as a janitor at Milford High? If you’re detecting a pattern here, it’s that, despite what pencil-neck English teachers might tell you, nerds don’t actually do better than jocks after graduation, so suck it, nerds, an while it’s true that some nerd characters didn’t get a post-Milford comeuppance but just saddled with hilarious nerd dialogue instead, my point is: how will poor Vic Doucette’s hubristic desire to replace Mr. Staley as the basketball P.A. announcer (?) result in his inevitable, and justly deserved, fall from grace?

A friend of mine is the daughter of a vineyard owner, and once I was talking to her dad about how the Napa wine industry survived prohibition, and he told me that one thing some vineyards did was to ship all the raw materials needed for winemaking to customers along with a very detailed instruction set that began with “Now that you have received these innocent items, no matter what you do, don’t take the following steps or else you’ll have created wine, and that would be illegal.” What I’m trying to say is that Dick Tracy, a comic strip that I feel safe in saying been historically anti-crime, seems with this storyline very eager to offer us plenty of nuts and bolts tips on how to run a narcotics distribution ring. 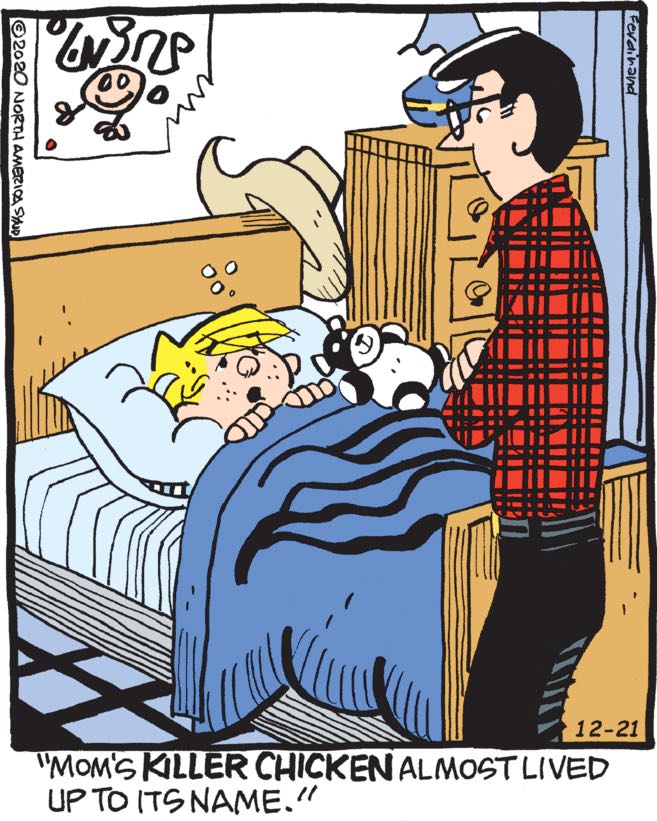 You know what we can all agree is extremely menacing? Munchausen syndrome by proxy!