“What if we had a character make a bad joke and then other characters point out that it’s a bad joke? That makes a good joke, right?” is of course a classic Funky Winkerbean bit, but I have to admit I don’t fully understand how it’s playing out here. Is the non-Mindy portion of the gang divided into rival “Mopey Pete is funny” and “Mopey Pete is not funny” factions? Is the simultaneous “HA! HA! HA!” meant to be read as sarcastic, mocking barks? Or is Darrin the only one here willing to speak truth to power? (Or, since everyone here works at a failing comics company, I guess that should be “speak truth to utter powerlessness.”) 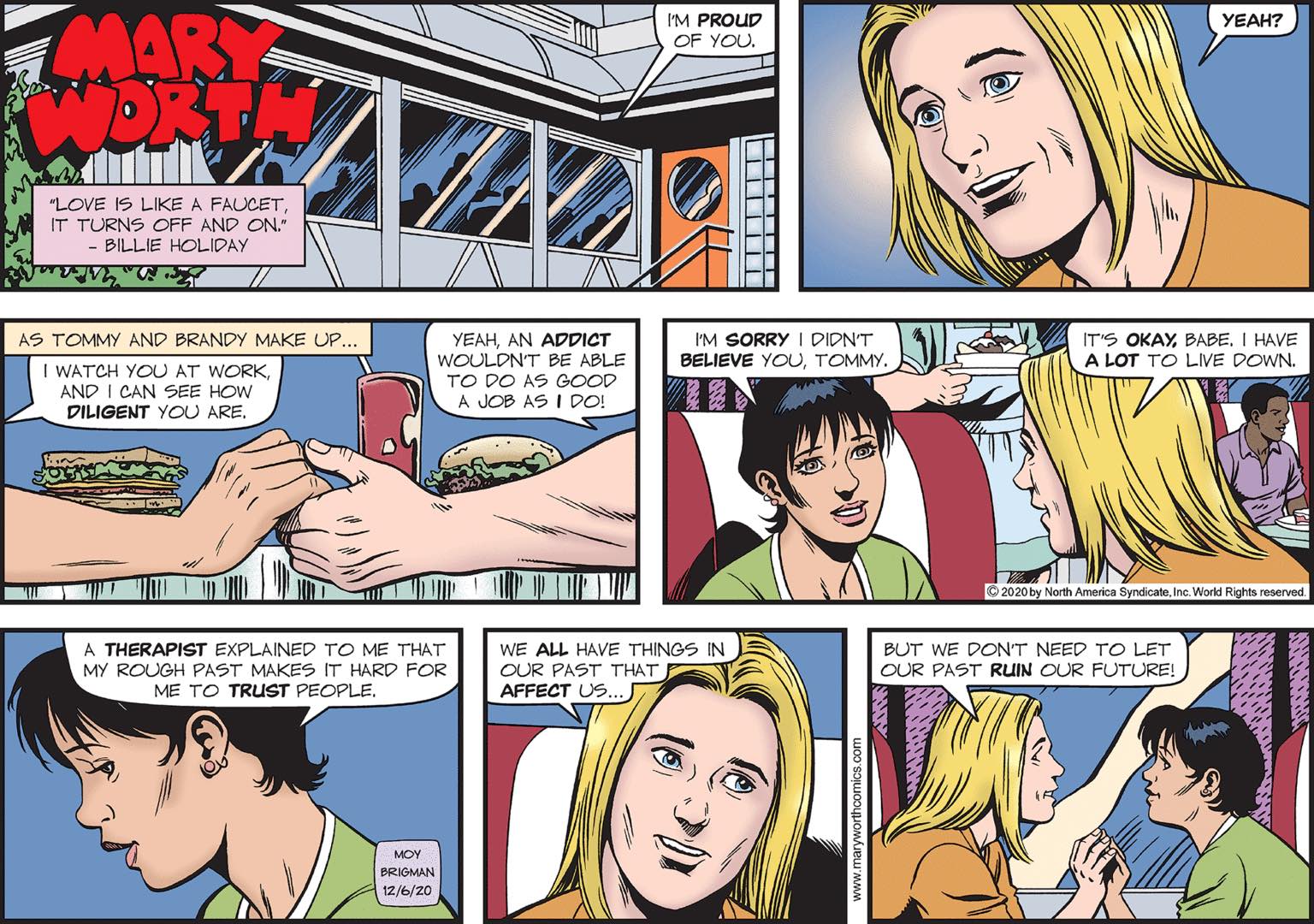 Sure, the resolution of this plot seems to indicate that Brandy and Tommy’s love is strong, but that Billie Holiday quote sure undermines that, doesn’t it? I guess Brandy can just turn her love on and off like a faucet, based on what her therapist tells her! You better tread carefully, Tommy. 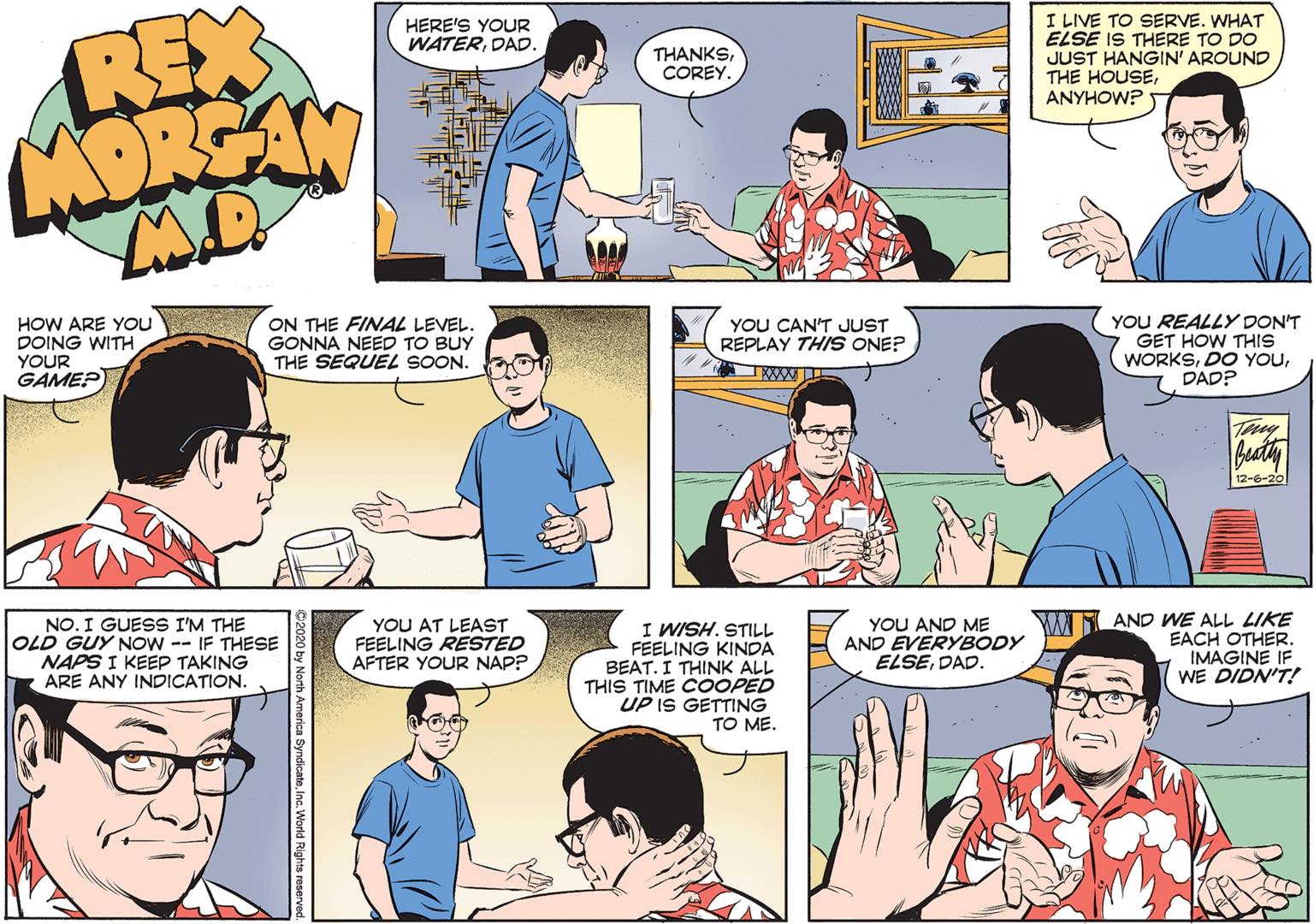 GOSH, YEAH, IMAGINE IF YOU DIDN’T LIKE BUCK BUT STILL HAD TO SEE HIS DUMB FACE IN, SAY, THE NEWSPAPER ALL THE TIME