“Man,” thought Harry Dinkle, “I remember back in the day, these conferences used to be fun! People had a sense of humor, liked to joke around. Now they’re a bunch of stick-in-the-muds who’ll bite your head off for no reason. Also, totally unrelated, it used to be a lot easier to find someone who had cocaine.”

Strips like Mother Goose and Grimm really veer back and forth between “These characters are basically humans who happen to look like animals” and “These characters are animals with animal-like traits,” and I want to make clear that I fully recognize that this is in fact part of the fun of the strip, not a “goof” or a “mistake” or whatever. Still, I think the veering back and forth can sometimes veer into unintentionally awkward territory, like today, when the joke is supposed to be “Ha ha, Attila is a character in this strip who talks and thinks like a person but is also a cat,” but the execution, especially the whisper and look of panic on the sales lady’s face, really gives off a strong “please help me escape from this abusive relationship” vibe. 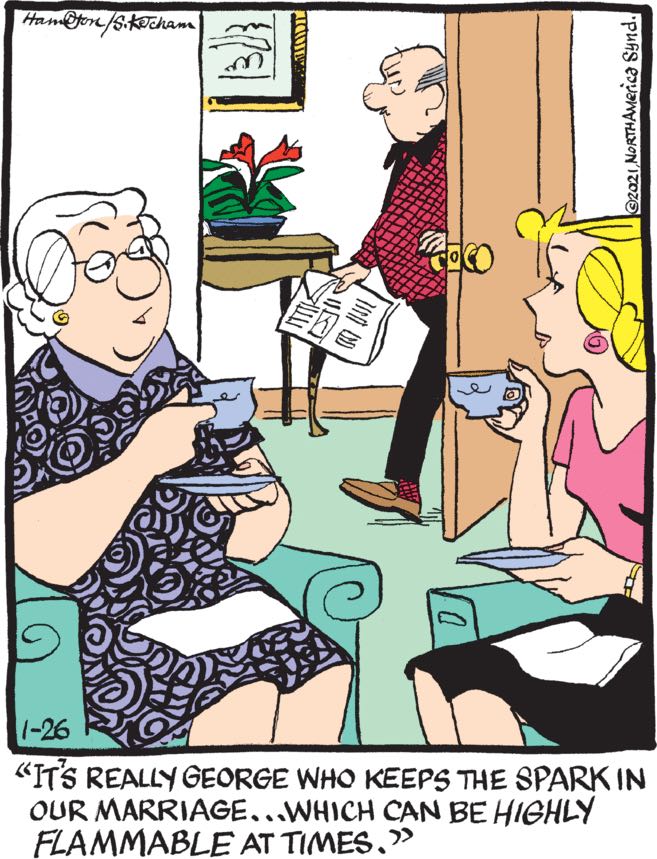 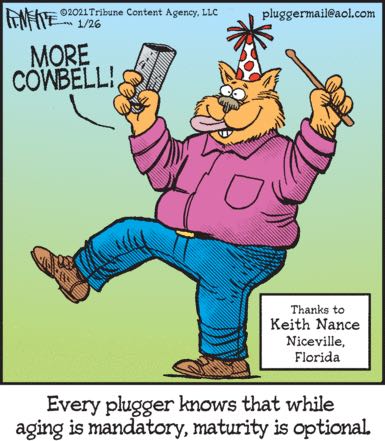 Fun fact for those of us rapidly aging into the plugger demographic: the “More Cowbell” sketch first aired in 2000! Can you imagine! Anyway, a better caption here would be “It’s been about 20 years since pluggers have been able to stay awake late enough to watch SNL.”