Our tale of Luche Libre adventure is proceeding apace, with our Phantom-assisted luchador, having already busted up a drug lord’s compound, is now heading into Rhodia’s most notorious prison to free his friend. Today’s strip gives an insight into what gets the policemen who power this police state off: it’s Free Rider magazine, featuring full-color pictorials of hot, hot gals who aren’t afraid to exploit market failures in public goods! These sexpots use the roads and parks that your taxes pay for, and they don’t care who knows it!

Hmm, I guess part of the deal with Doug Guthrie is that the cops love him and are willing to wink at his traffic (?) transgressions, because who doesn’t love a kid who loves cars, or maybe his dad is a cop, who can say. Unfortunately for this friendly policeman, “ease up” is a well-known Gil Thorp trigger phrase that could quickly lead to unspeakable violence. Barring a development along those lines, however, I would like to know a lot more about Tom Muench’s illicit parrot-smuggling operation. 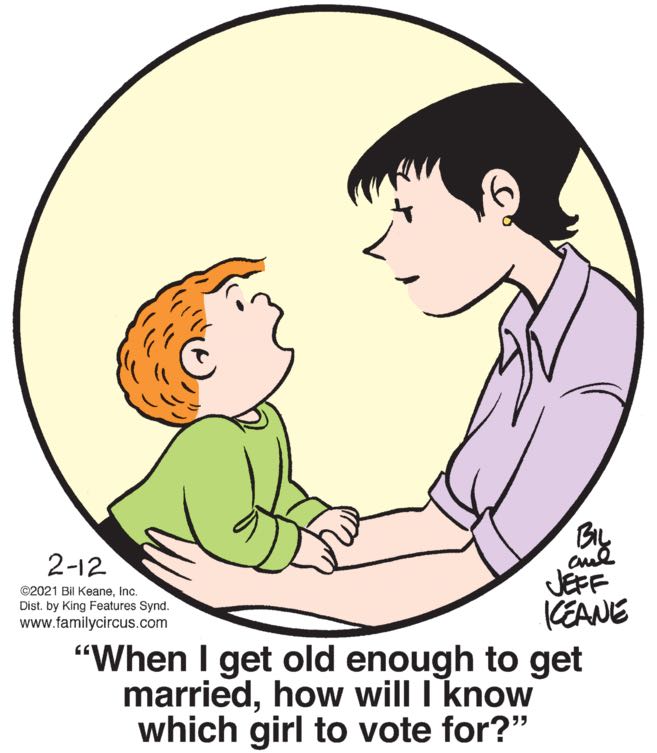 This sort of confusion of the domestic and political spheres is exactly why the Keane family always strongly opposed women’s suffrage in the first place! Won’t someone think of the children?