Based on the animal quiz that accompanies this drawing, that’s clearly supposed to be a wolf out there howling at the moon, and I’m very intrigued that the anonymous syndicate colorist chose to give him Slylock’s bright red fur. Clearly the reality is that they saw “canid in Slylock Fox” and used the fill tool with web-safe bright red without really thinking about it, but I’d like to believe that they briefly contemplated the idea of this strip’s normally cerebral title character stripping off his clothes and howling at the moon, and they said “Honestly? Good for him.”

Oh, wow! Marjie Ducey, the Thorp-friendliest media figure in Milford, is going to retire, and now the paper’s going to hire a woman who was literally Gil’s student like two years ago to replace her! I certainly hope Marty Moon has something to say about this blatant conflict of interest, though we haven’t heard from him in quite a while, and frankly he may still be having some kind of hallucinatory experience in the wooden crate that serves as the Milford press box.

We all, of course, have our own personal “what’s the worst recurring theme in Funky Winkerbean?” take, but I think we can all agree that “sometimes the strip hints that there may be multiple rivals for Les’s sexual attention” is in the top five. 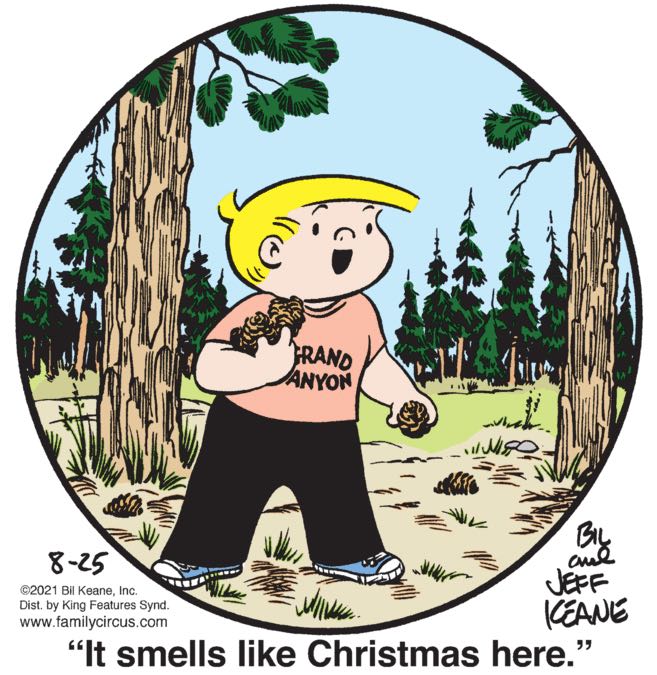 Look, Billy’s all hyped up because he’s been huffing pine cones! And honestly? Good for him.