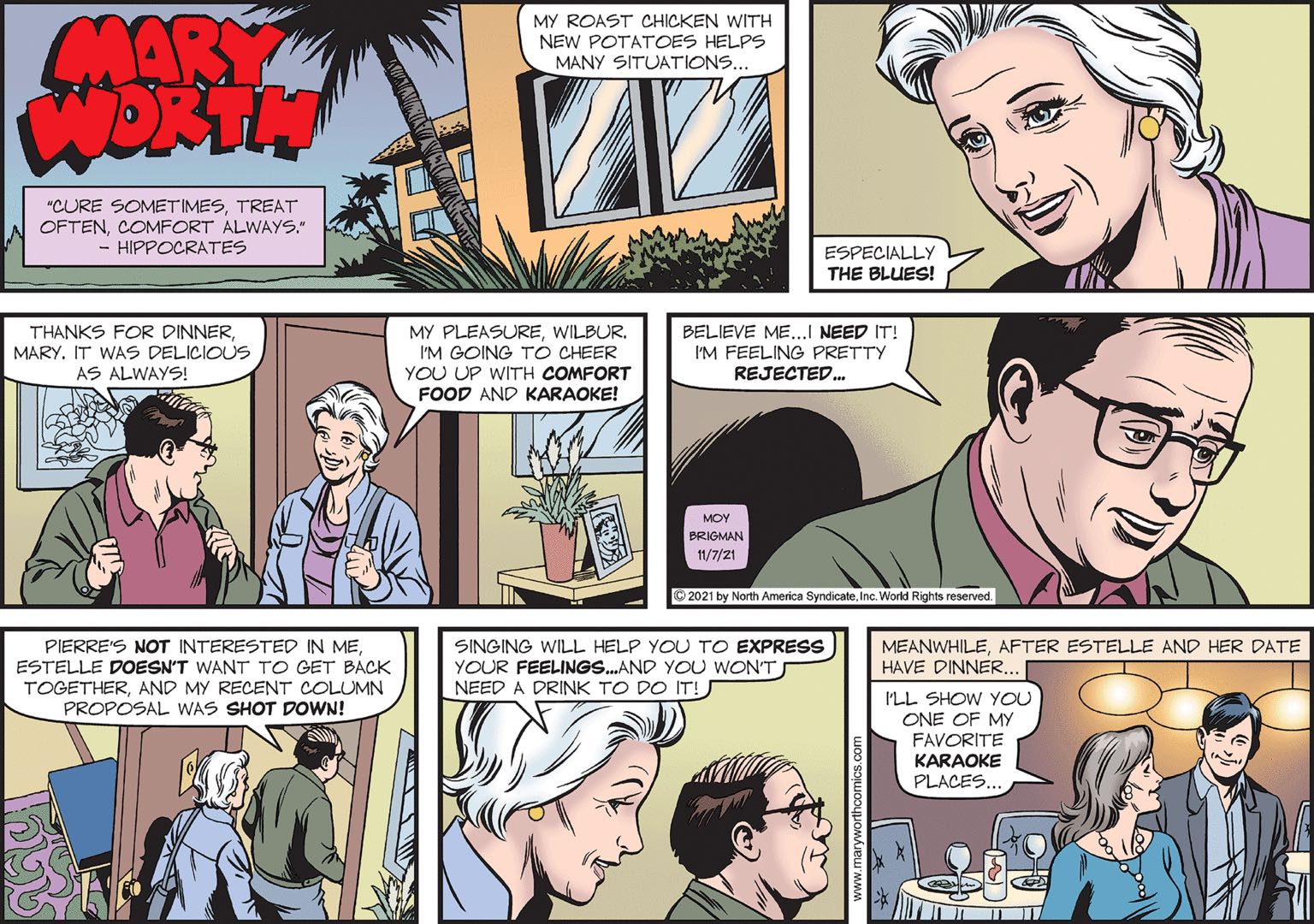 Like a weird pervert who has become so addled by online pornography that he needs ever more bizarre and tentacle-heavy erotic imagery in order to get off, I feel like my heavy engagement in this current Wilbur storyline is taking me to some dangerous places. Like, I should be absolutely giddy in anticipation of the moment when Wilbur shows up at his “safe space” karaoke lounge only to discover that yet another ex-girlfriend has decided to flaunt the fact that she moved on with someone younger and taller and less bald, but instead I’m actively furious that Wilbur has also recently suffered some professional humiliation and we weren’t shown that in vivid detail. I want to see our man squirming as his boss laughs cruelly at whatever half-baked idea Wilbur came up with, damn it! This is the same guy who signed off on “I Shouldn’t Be Alive!” so you know Wilbur’s proposal was extremely shitty. 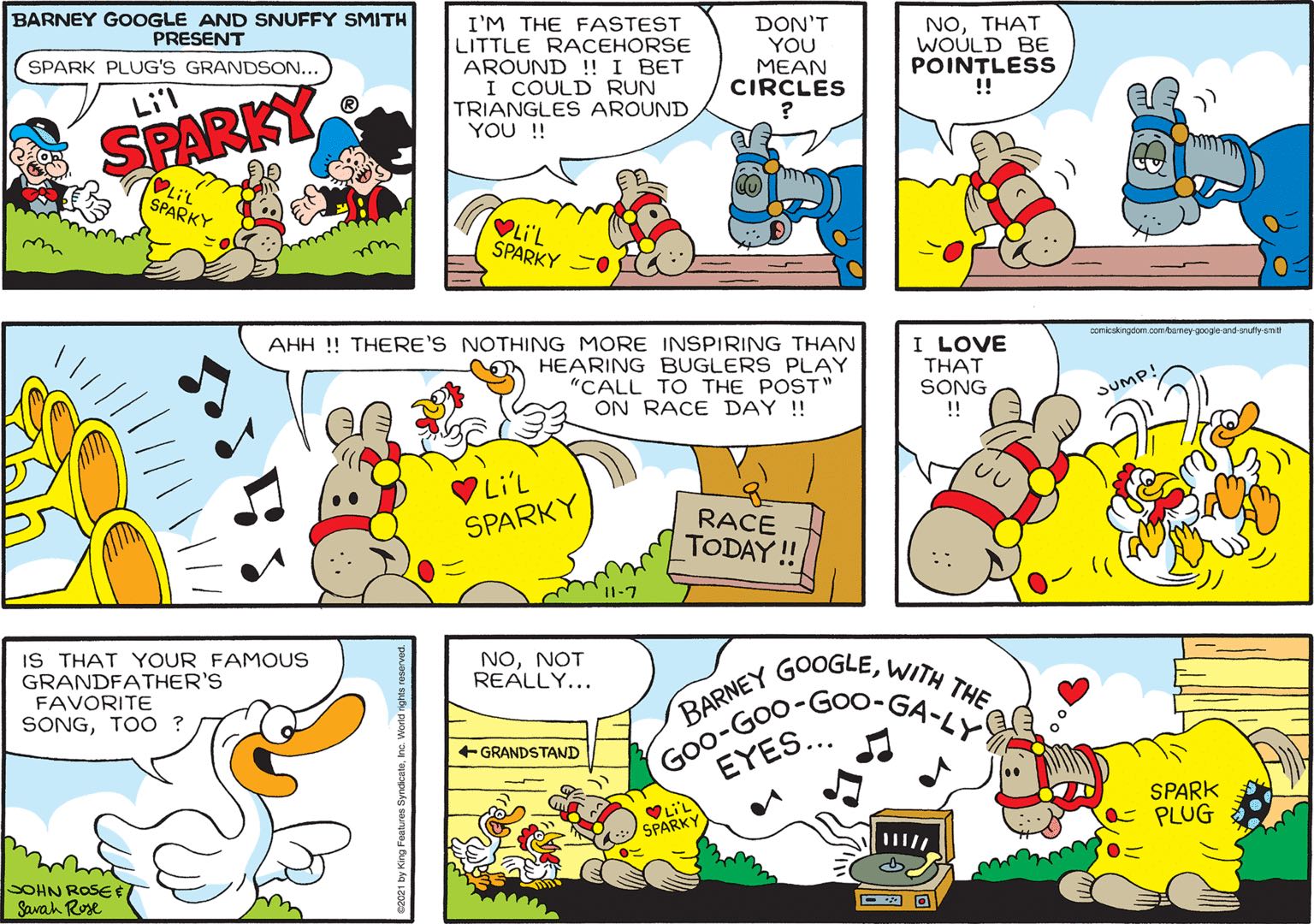 Today’s Barney Google and Snuffy Smith really clearly illustrates the two main types of readers syndicated newspaper comics have to target today. The throwaway panels have an extremely dumb joke to amuse morons, while the rest of the strip is for people who would smugly think, “Ah, of course, ‘Barney Google (with the Goo-Goo-Googly Eyes),’ the 1923 hit tune with lyrics by Billy Rose! I understood that reference.”

Obviously there’s some kind of Slylockverse version of the Hayes Code that says that the poor members of Slylock’s Rogue’s Gallery can never, ever win, but God bless Reeky Rat for not just persevering, but attempting to turn one of the main tools of his oppressors — the extremely selective application of animal facts — to his own defense. It’s not working, but I respect him so much.