In one of the more jarring bits of Funkyverse visual shorthand, traditionally panels that are supposed to be flashbacks are depicted in sepia tones with corner tabs, as if they were in an old-timey photo album. This was true whether the action in question was supposed to be taking years before the main narrative or only weeks; today we keep the coloring but lose the corner tabs, so I guess this is supposed to represent a sepia-style Instagram filter or something. Anyway, remember those crazy days of March and April of 2020, when we were desperately trying not to shit? Crankshaft does! Maybe we just don’t usually seem him in profile, but in that second panel he’s looking much portlier than usual, and given the context I really don’t want to think about the implications.

Speaking of the good old days, remember just a few weeks ago when we thought all these people might get blown up? Sadly, some guy we barely had time to get to know and dislike got blown up instead, so now instead of seeing Rex and June wading through a sea of carnage to use their medical skills to help the survivors get the hell out of dodge, we have to watch whatever this is happen instead. 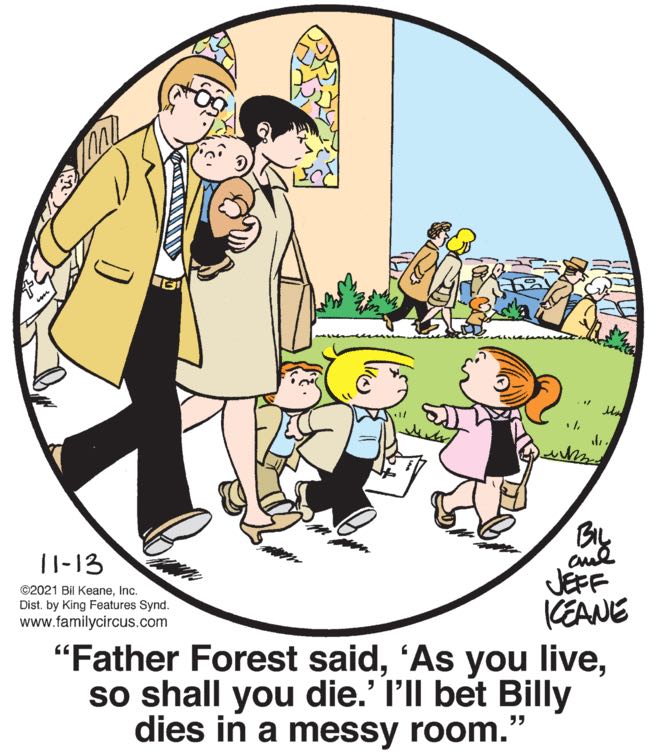 “And alone! You’re going to die in your messy room alone.”