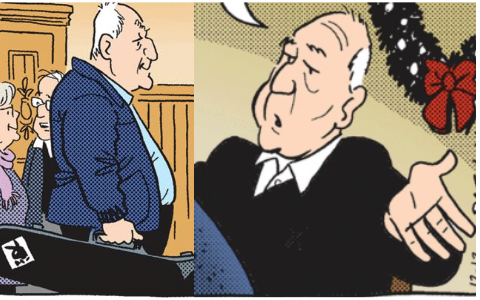 And maybe it’s just the angle, but Funky’s dad’s head looks pretty differently shaped today? Plus why would Funky feel like he has to introduce his dad to Harry, since his dad is in Harry’s band? I guess it’s possible that, having put his dad in a home specifically so he could think about the old man as little as possible, Funky has not bothered to keep up at all with his dad’s hobbies or activities.

Gasoline Alley also went in for a crowd scene, but in a way that is frankly a lot less tasking for me. Do I recognize these people as mostly Gasoline Alley characters? Yes. Could I name them? Some, but definitely not all. Does the strip insist on telling me what they’re all named, because it’s a good bet that I’ve forgotten and it wants me to double down on remembering them? No, it doesn’t, and I appreciate that. 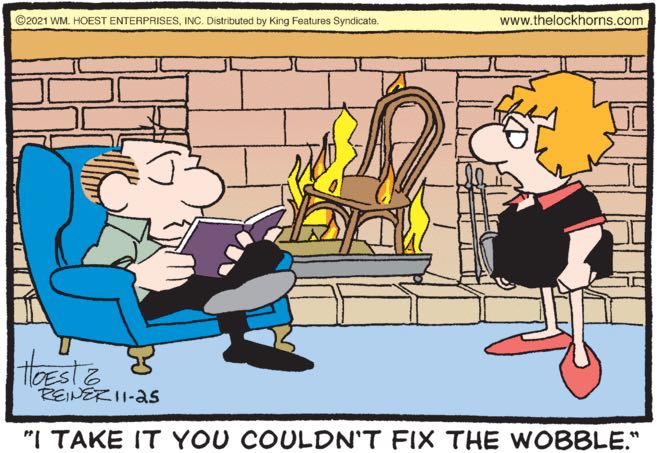