Assuming this is, in fact, the end Wilbur Winter and the beginning of a Cameron Springtime, I feel like we’re laying some good groundwork with this sad little birthday party for Toby, which is taking place in the Camerons’ frankly cramped living room, where the spread consists entirely of a bottle of champagne and three muffins, with the only attendees being Mary and Wilbur. I guess Wilbur and Estelle haven’t made up enough for her to be his date to this shindig, eh? Or maybe she just never cared for Toby. Either way would make perfect sense, to be honest. Too bad Toby has literally no other friends to invite! Not even anyone from the downtown art center! Overall the whole party is clearly a disaster, and that’s going to take a lot of emotional unpacking for Toby, which I anticipate that Ian will be unwilling and frankly unable to help with.

True old-head Crankshaft readers remember that, years ago, there were a bunch of rowdy kids on Crankshaft’s bus who he called “the rough riders,” and one day he promised to pay for their college education if they would just shut up and leave him in peace, which they did, and which he mostly forgot about until they reminded him right before they graduated, so he cashed in his retirement savings to fulfill his vow, which I guess is why he’s still driving a bus for a living despite being a million years old. Anyway, Ed’s never been what you’d call a pious man, but in light of all that I suppose it shouldn’t be too surprising to see him beseeching whatever higher power may be to please let him have some paid time off of work, just for a day or two.

I’ve always thought it was kind of odd that there aren’t any strongly defined recurring characters in Hagar’s warband other than Lucky Eddie, but it only occurs to me now that this is maybe because they all get killed on a regular basis and he has to find new people to replace them. 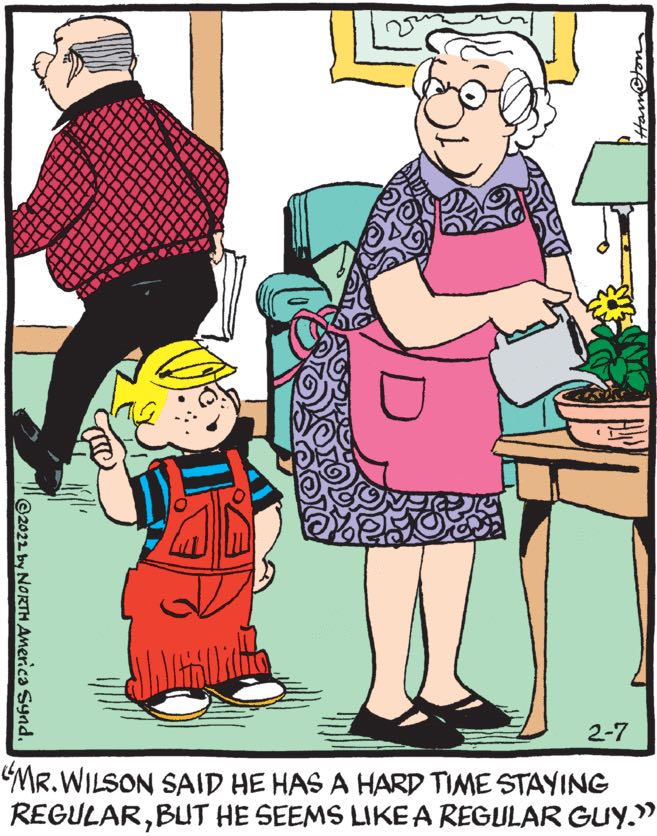