Do you think the various bird-women with glasses that Mother Goose talks to in Mother Goose and Grimm are all supposed to be the same character, or do subtle differences in hair color and beak shape indicate that they’re a mostly interchangeable but still distinct series of interlocutors? I ask because if this strip is taking place less than a week after the one where Mother Goose wistfully said she wished her boyfriend shared her desire for a big church wedding, it would be quite poignant, but if she’s talking to same woman her boyfriend wants to have sex with, it just got a lot darker.

Just like Mary Worth, the character, tries to browbeat all her friends into tolerating Wilbur despite the fact that he’s obviously a monster, Mary Worth, the comic strip, is trying to get us to accept his continued existence by showing that his assholery can serve as a prompt for exciting new non-Wilbur storylines. It’s honestly working on me a little, as today’s second panel absolutely perfectly captures Toby just as her carefully buttressed emotional superstructure shatters into a million pieces, hopefully presaging a truly hilarious downward spiral in the weeks to come. 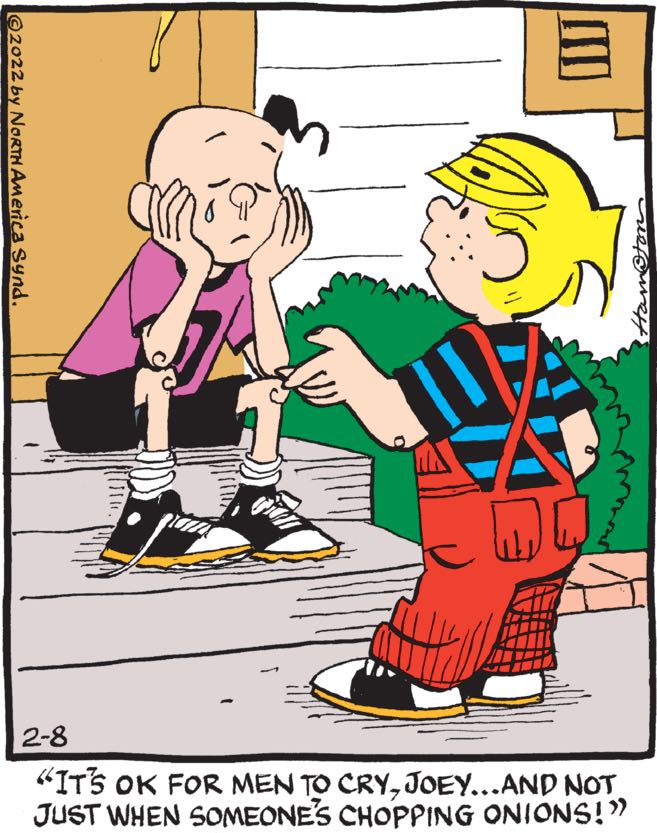 The only way I can understand Dennis the Menace doing a “Dennis teaches Joey that it’s OK for a man to cry when he’s sad” panel is by assuming that King Features has an entire lab dedicated to making the least menacing Dennis the Menace panel possible under the laws of physics as we understand them. 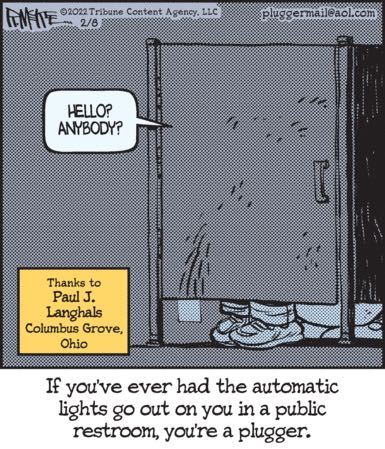 You know, a lot of people think I’m a little too hard on the plugger demographic on this blog, but even I couldn’t come up with anything as mean as the plugger-identified reader who contemplated the characteristics that make up the plugger identity and then submit an entry that boils down to “pluggers sure take a long time to shit!”