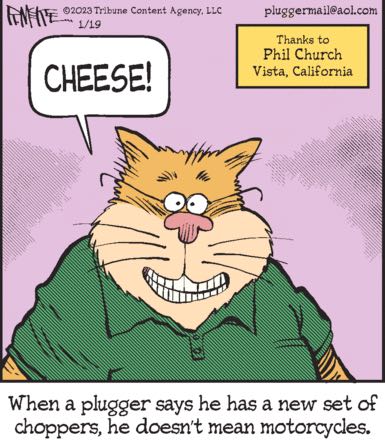 Look, it’s possible that a plugger might own a motorcycle, but nobody thinks that a plugger would own a set. They’re quite expensive and honestly that sort of ostentation is not pluggerish at all. I feel like these panels should at least present us with plugger descriptions that are slightly surprising, or give us some vague insight into the plugger lifestyle that we didn’t previously have. Pluggers aren’t going to go out and buy a matching pair of helicopters either, but I’m sure we can all agree that we don’t need that explained to us.

239 replies to ““Like this beatnik here, I know you really hate beatniks””