I’ve beat this drum before, but it continues to boggle my mind that Dustin, a strip deliberately dreamed up to poke fun at the foibles of millennials, constantly goes to the well of jokes about its millennial characters’ dating life without ever even mentioning Tinder or other dating apps and instead having them go cruise for love at the local fern bar as if they were characters in Shoe. But I also feel it’s important to note that, once you get past this oddity, you get to the actual theme of these strips, which is that Dustin and Fitch, two of the recurring characters whose life the strip offers up to us to experience, are completely unfuckable, just an utterly dogshit pair of dudes who women reject literally on first sight.

The whole deal with Arctic Circle is that its characters all live in the Arctic, and while I’m not sure what the tone of the strip has been over the full 12 years of its run, I can tell you that today it’s about a group of characters living in an Arctic biome completely collapsing due to climate change. This is of course always pretty grim, but today’s strip, in which it appears that a mountain of beaver corpses has been piled up in a futile attempt to hold back the tide of rising sea levels, is really something else.

“Normally we don’t let Rusty interact with other children because his face would frighten them, but these kids have seen all kinds of savage beasts in the forest! They’re tough! Maybe if we keep his mask strapped on tight, he can join them!”

NO GODS NO MASTERS 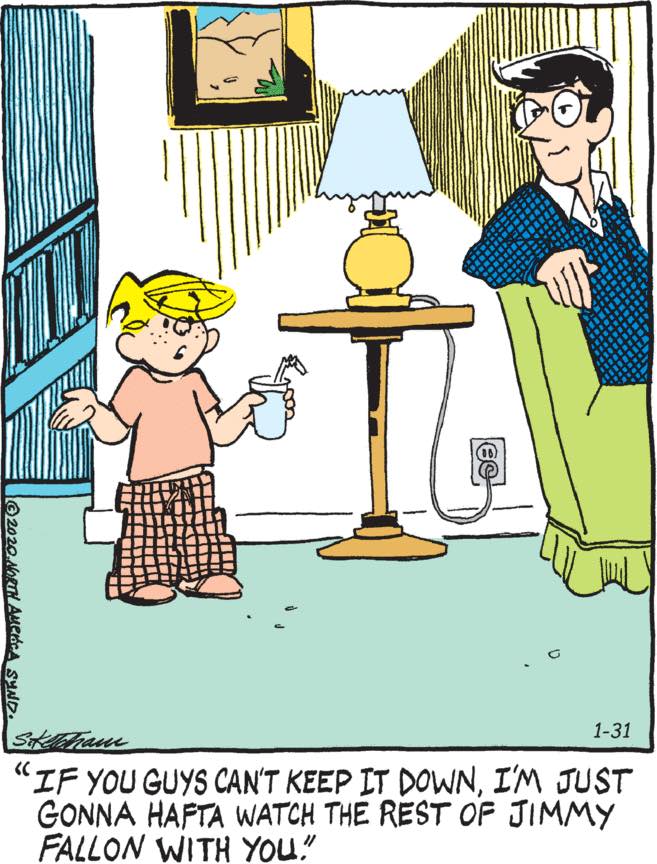 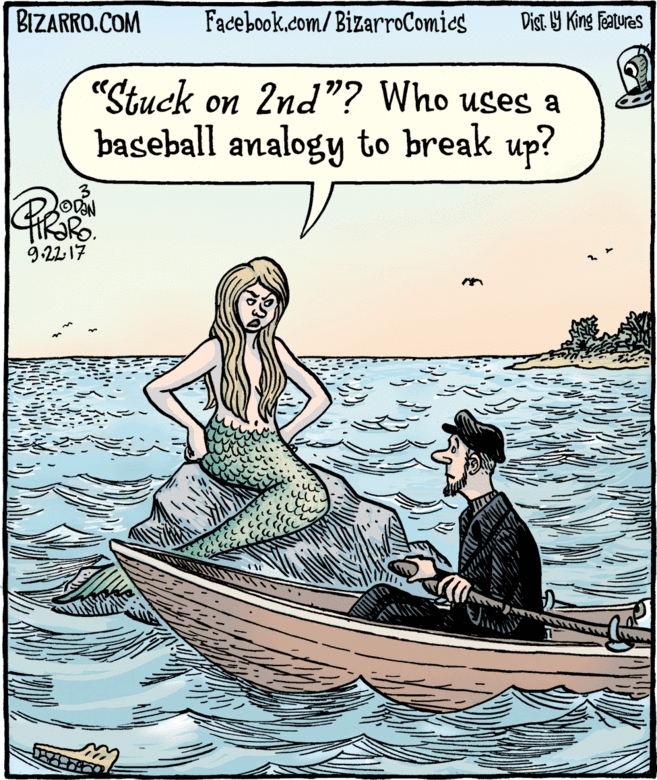 As a matter of policy, the Comics Curmudgeon stands foursquare behind Love, and specifically condemns ichthyophobia in all its forms.

And here is your second newspaper comic mermaid sex joke of the day. Maybe there’s something in the water?

Hägar and Helga take up residence between the whorehouse and the monastery. Expect to be seeing a lot of Brother Olaf, guys: that guy practices what he preaches.

“… I could not stand by and watch you become a murderer. But I’m totally down with watching you shrivel in agony to a desiccated corpse. Out of love! I’m also OK conspiring with Spider-Man to murder you. Um … love!”

Dick Tracy reads Gasoline Alley twice — once in the paper and once online. He’s just that tough!