The Archie Joke-Generating Laugh Unit 3000 managed to churn out a serviceable punchline today (by the abominably low standards of the legacy comics industry) but it’s the weirdness of the setup that really places this strip squarely in the uncanny valley. Who is gap-toothed Leroy? Why does Archie hold him in such contempt? Did Archie’s chest expand between panels one and two, or did his head shrink? Why is he wearing an ankle-monitoring bracelet? Why are Riverdale’s beaches studded with ominous-looking targets? Sadly, I fear that the all of these anomalies are just the AJGLU’s idea of background color.

Seeing Mark announce “I’m your worst nightmare!” is of course a delight, a little love letter to everyone everywhere. Still, it wouldn’t be Mark Trail if the dialog emphasis failed to violate all norms of conversation among English-speaking human beings. Mark emerges from his hidey-bush and bellows “I KNOW ABOUT IT!” at the top of his lungs, then politely adds “I’m your worst nightmare” in his indoor voice. Perhaps all the boldfacing in the first word balloon tired him out.

Anyway, we are of course all on tenterhooks to see tomorrow’s punchery. Your firearm is no match for Mark’s bare fists, Buzzard!

If you ever needed proof that Mary Worth is some kind 18th-level Jedi ninja archbishop of meddling, this is it. By having a relationship with a somewhat older man, Dawn is enjoying herself in an ever-so-slightly unconventional way, which Mary obviously thinks is the moral equivalent to genocide. Rather than let our young romantic see her revulsion at this depravity, however, she instead pretends to be on Dawn’s side, only to plant a tiny seed in her mind by comparing her and Dr. Drew to the Camerons, Charterstone’s most loathsome couple. Now, every time Lover Boy, M.D., moves in for a smooch, Dawn will be unable to keep from visualizing Ian’s bloated, chinbeared visage, purple with drink and contempt, hovering before her. She’ll move on to a more age-appropriate boyfriend — or a nunnery — in no time, and Mary with allow herself a brief, subtle smile of satisfaction.

UPDATE: In this context, I simply must post to this excellent post at Subdivided We Stand, from faithful reader Smitty Smedlap.

I know it’s not socially acceptable to test this out, but I’m reasonably sure that, while there are probably several more or less accurate ways to transliterate the sound made by an oar handle plunging into a man’s solar plexus, “PUNT!” is probably not one of them. I will allow that “UHHFF!!” is probably a pretty good approximation of the sound one would make when so oared, however.

Note that the Ghost-Who-Uses-The-Mori-Youth-Entrusted-Into-His-Care-As-Bait has sent a group of mostly naked teenagers with improvised bludgeons into a fracas against men armed with automatic rifles, while he stands above and fires a desultory round or two from his pistol in the general direction of the action. I suppose that if he leapt down, we’d all be denied yet another shot of his stripey ass. 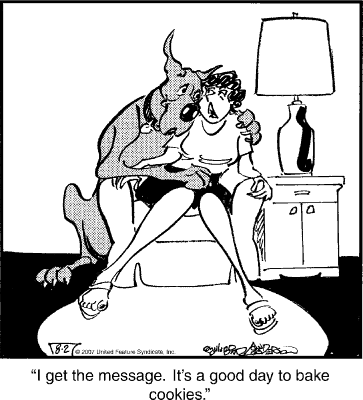 This is one of the filthier things I’ve seen today. If you’re a sicko like me, it’s fun to imagine the caption without the second sentence.

“The chief has just issued an APB for an elderly man!” And the cooks at Gitmo start making fewer halal meals and more bran muffins and prune juice as the several million Americans who fit this one-sentence description are rounded up for interrogation. 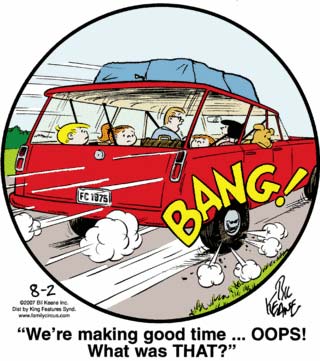 Sadly, the attempt to assassinate the Keane clan was botched. “Next time,” swore a cowed human race, sick to death of their antics. “Next time.”