(I was planning to comment on the FOOBs today, but the image from gocomics.com was so ludicrously large that I thought it might cause blindness and dementia to those who looked upon it, so I’ll just say in passing BLARRRGGGH.) 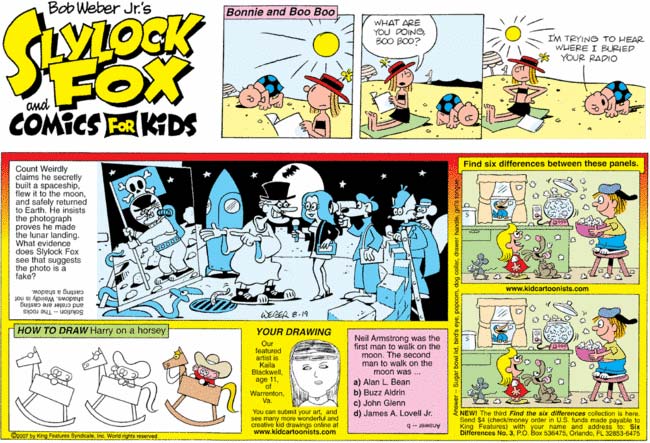 Pity poor Count Weirdly! It’s like a guy can’t even have a press conference atop his most scenic turret to promote his faked moon landing (like the so-called “real” ones weren’t!) without some nosey fox sticking his snout where it doesn’t belong and criticizing his Photoshop skills. If telling bald-faced lies at press conferences is illegal, I know a lot of more important venues where Slylock should be putting his patented brand of pedantic deduction to work. As it is, the only organization apparently gullible enough to accept the invitation to the Weirdly Moonshot announcement appears to be Agence France-Presse, as indicated by the reporter’s micro-miniskirt and the cameradog’s beret (and good luck getting any usable footage out of this nighttime press conference with absolutely no artificial lighting, Fideaux). In fact, this pair is probably more likely to be filming for the series Les Hommes Les Plus Étranges Au Monde than they are to be taken in by the idea of air-tight Chuck Taylors. 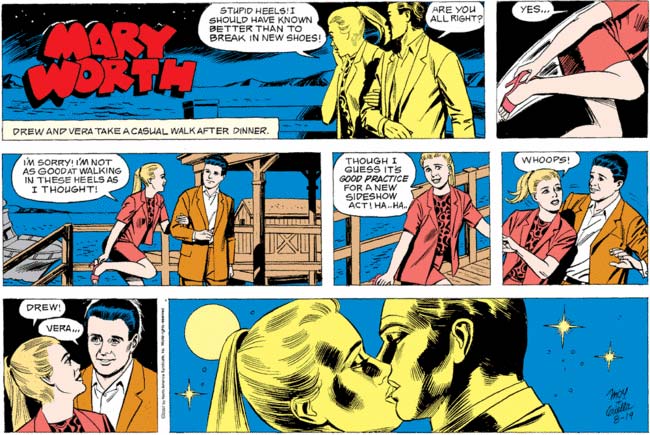 Man, that Dr. Drew is one smooth operator, isn’t he? One date’s worth of his bland, slick-backed handsomeness and Mary-style aphorisms and Vera is literally throwing herself at him! And of course we can see why Drew would be so eager to draw Vera into his web of love. “Ha .. ha .. I’ve decided to go out in public in shoes that I have no idea how to walk in! I belong in a sideshow like the circus freak that I am! AARRGH, I just fell over! Did I mention all the sexual tension with my brother?” 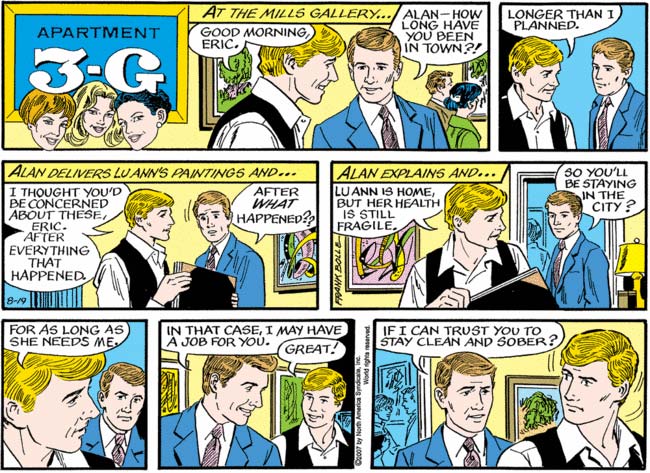 So I have to admit that when I joked about Alan being an addict and Jones the beatnik being his dealer, I didn’t actually think it was true. I guess I have a lot to learn about the soap opera comics’ willingness to obliquely take on tough themes! Alan’s commitment to sobriety ought to be obvious from his deeply square sartorial choices, as his white dress shirt/black vest combo would get him laughed out of any drug den in the five boroughs. Still, the years of chemical abuse of his brain have taken their toll; he’s undoubtedly spending this entire strip trying to keep his shit together despite the fact that events keep repeating themselves, and his and Eric’s hair keep swapping colors. 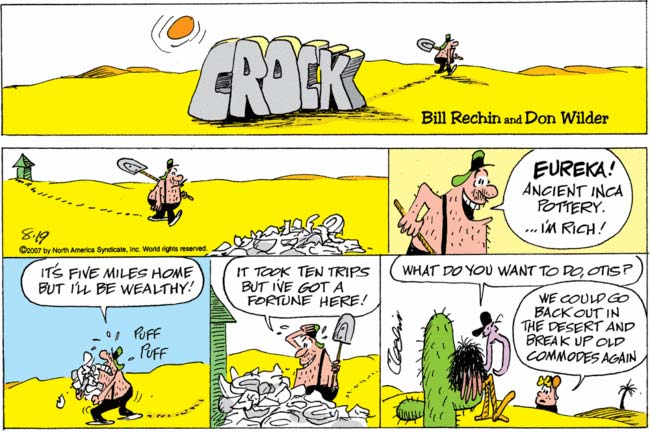 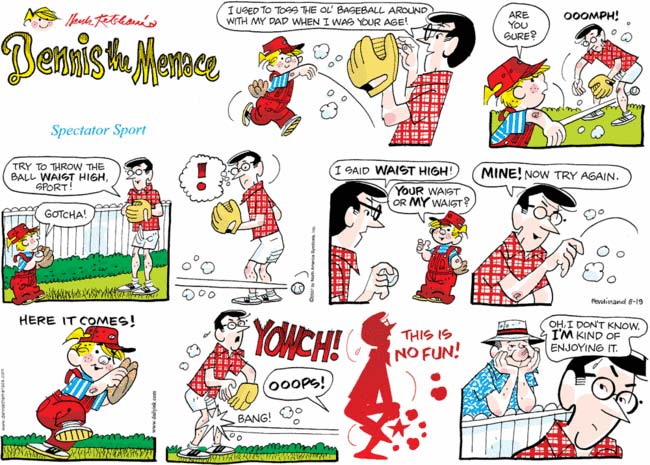 There is no reason why Dennis shouldn’t have unloaded that ball directly into Henry’s nuts in the third-to-last panel. None. They even set it up with the whole “waist high” thing. Still, this’ll keep dad from attempting to spend any quality time with his kid for the rest of both of their lives, leaving Dennis with more time to get into extremely low-level unsupervised hijinks.