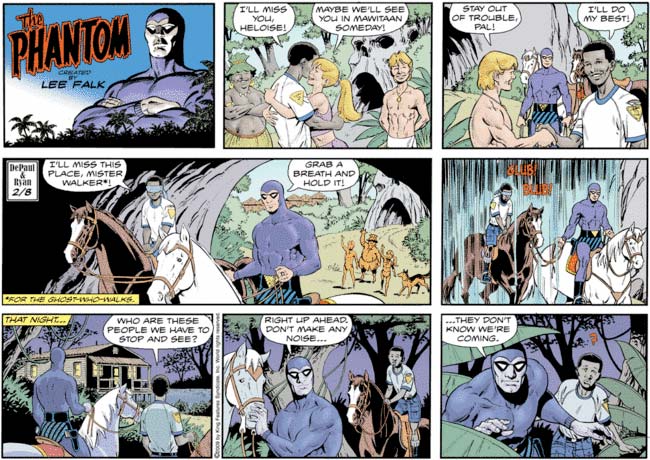 So the Ghost-Who-Dabbles-In-Social-Work has been dishing out some “tough love” to former city street tough Kani, which has consisted of good healthy jungle fun like sexy diaper boxing. Kani was sentenced to Bangalla’s juvenile justice system because he served as a lookout in an armed robbery; thus, I think it would be extra hilarious if the Phantom is now taking him along on a mission to steal whatever goods are in this isolated farmhouse. “What? Where do you think I get the money to keep myself in purple spandex and saddle oil and ammunition? Do you think those cone-hatted dudes are paying me? Please.” 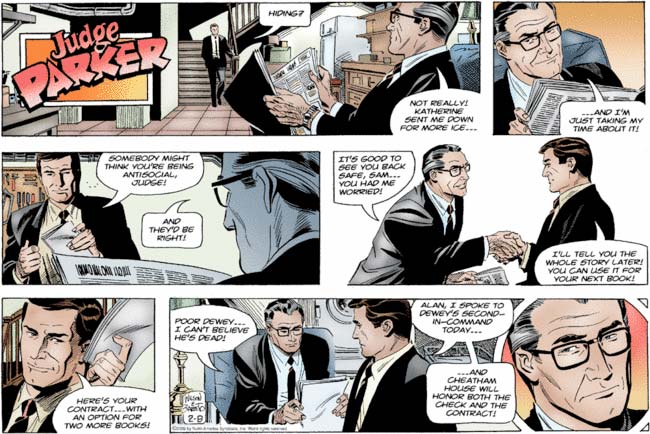 Retiring Judge Parker is cowering in his basement, desperate as usual to avoid an appearance in his own namesake comic strip; presumably he’s hoping that once his son Randy has been officially handed the gavel, ensuring the continued existence of another Judge Parker, he can slip out the back door and never again be held responsible for anything that happens here. I am kind of amused by his grim expression in the final panel as he’s being told about the enormous book advance that will soon be his for no good reason. “Damn it, I wanted to know that this check was causing that bastard Cheathem real physical pain when I cashed it! Now that he’s dead and in hell … well, it’s just not the same.” 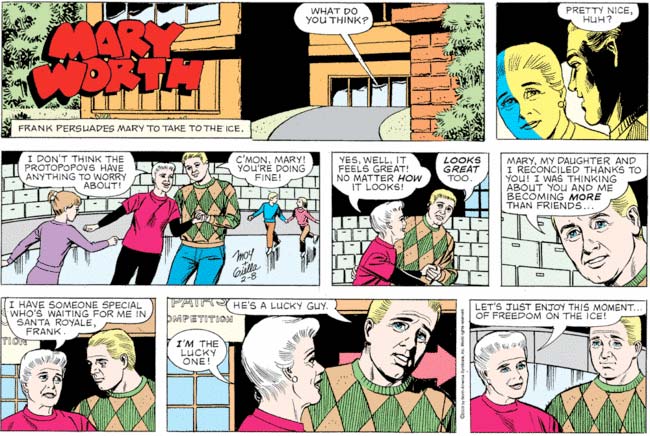 The idea that every single Mary Worth storyline from here on in is going to end with some dude making an incredibly awkward pass at her has filled me with so much glee that I’m willing to ignore the fact that this Olympic skating training center apparently has an occasional “free skate” period. Anyway, “Let’s just enjoy this moment of freedom on the ice” might sound like a sort-of polite way to tell Frank to shut his horny piehole, but I prefer to think of it as an invitation to cop a feel. “Remember, Frank, what happens on the ice stays on the ice!” 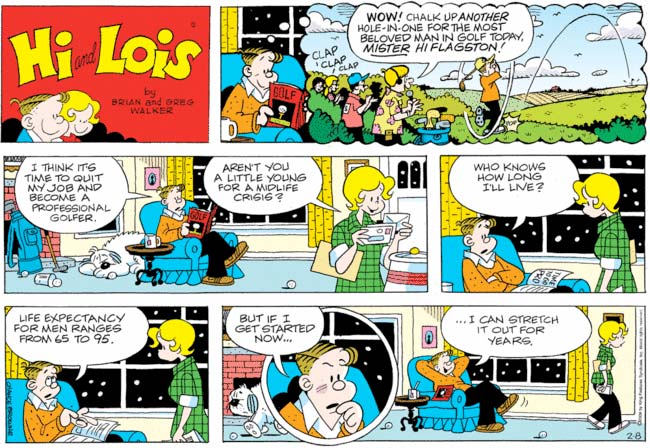 The most pathetic aspect of Hi’s midlife crisis fantasy is not that it involves golf; it’s that it apparently centers on someone at long last calling him “mister.” The fact that he can only imagine someone calling him “mister” in a golfing context is the sad foundation on which the whole shameful thing rests. 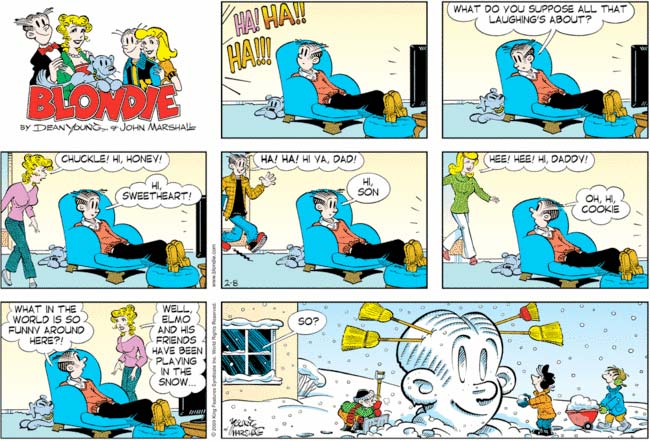 “They’ve decided to worship you as a god, and are constructing a monstrous idol in our yard! Isn’t it adorable?” 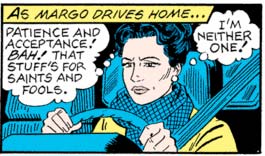 It appears that, in today’s final panel, Margo has uttered the ultimate Margo-ism. Now if she’s running short on time but needs to assert herself, she can just quickly refer everyone to this panel before moving on to her next victim.