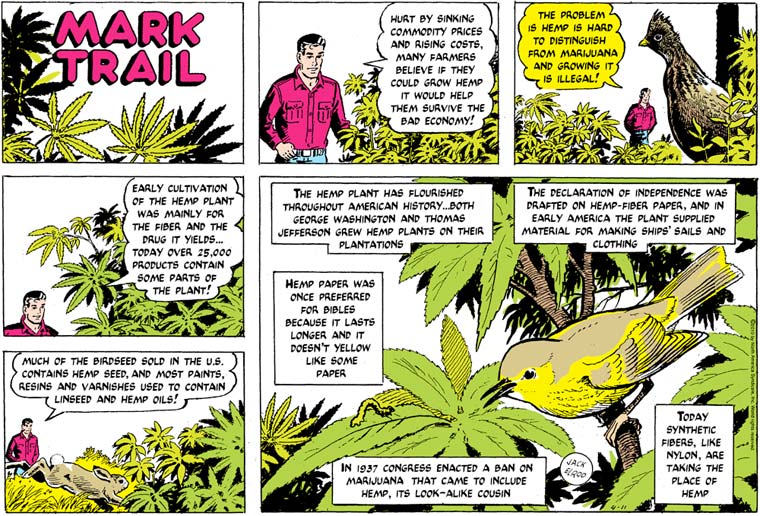 Man, for once, I want more educational information out of my Sunday educational Mark Trail! I would like Mark to answer the following questions: 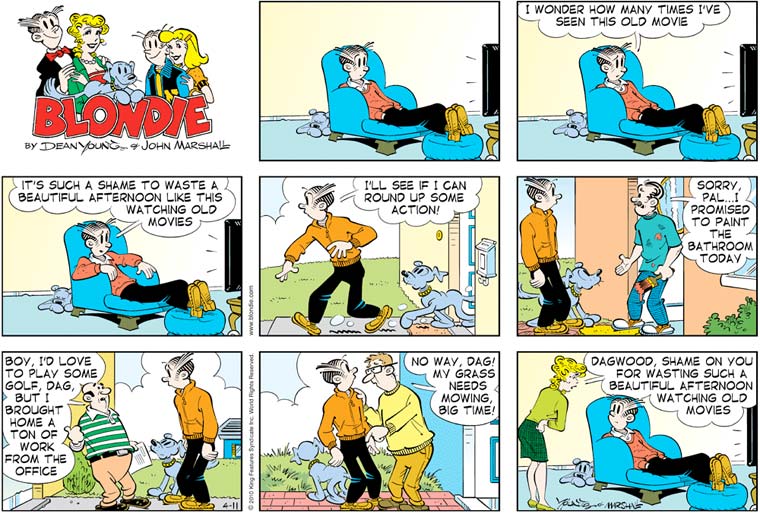 Dagwood has never been shown to have any actual friends other than Herb; thus, in order to pad this gag out to Sunday-strip length, we have to watch him hear paltry excuses from two funny-looking characters who have never appeared in the strip before to my knowledge. It would have been depressing but truer to this feature’s established universe if, after being turned down by Herb, Dagwood spent the final three panels weeping alone about his lack of meaningful social relationships.

Montoni’s may not be shutting down completely, but at least we now know that the drive to establish Montoni’s New York was all that was keeping Funky off the sauce, so that’s something. Also, we know that Funky’s DT-fueled fever dreams involve getting into knife fights with sexy jungle ladies and baboons, which is frankly more than I wanted to know. 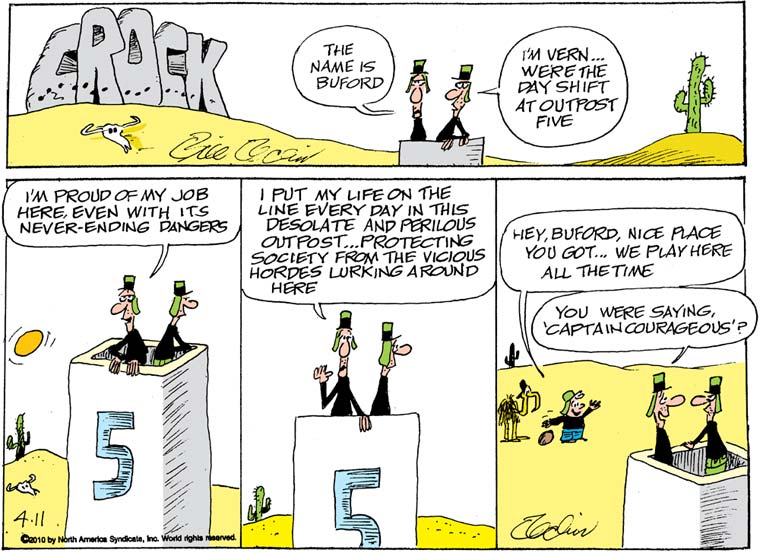 Wow, Vern, your standards for desolate and perilous neighborhoods are pretty high if you aren’t impressed by a desert urchin whose only friend is a sinister vulture. Admittedly, the vulture looks less sinister wearing a baseball cap turned backwards at a jaunty angle, but consider the fact that it probably scavenged it off of a bloated corpse it just ate. 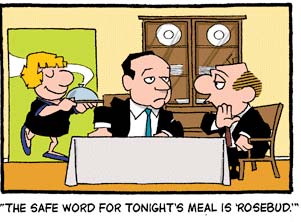 I’m sort of torn about the way the Lockhorns deals with its expanded Sunday real estate, which is to just cram in five disconnected panels, any one of which could run on its own during the week. On the one hand, I do feel that artists ought to make visually interesting use of all that extra room they get in the Sunday papers; on the other hand, I suppose the Lockhorns deserves kudos for essentially producing eleven panels a week when they only really need to do seven. Anyway, this particular panel reveals that Leroy, and the creators of the Lockhorns, are familiar with the concept of a “safe word,” so, you know, HORROR HORROR HORROR.