So ends the Fall 2010 Comics Curmudgeon Fundraiser — a sincere “thank you” to everyone for your generosity, patience, or both. It’s never too late to contribute, of course — that’s what the little button on the left is for — but no fund drives for six months or so, promise. Now y’all’ve been so nice, here’s an extra helping of Saturday comic goodness:

Mary prunes and preens in smug self-satisfaction, never more menacing than when she’s bent two young lives to her will — in this case, by engineering the world’s most logorrheic second date.

Charterstone used to have a gardener, the vaguely ethnic Carlos Alora, whom we haven’t seen for years: the shaping of all lives is now Mary’s alone, and here we see her greatest achievement. No, not the shapeless lump in her hand — that’s just something to bleach for dinner. It’s on the left, her own precious rose — odorless, bloodless, perfect, and white as the grave.

First among the many charms of Gil Thorp is its fidelity to “sports” themes that bore even those few readers they don’t utterly baffle. For example, the team rosters are dutifully trotted out every season, as though we’re going to clear away the piles of sports memorabilia cluttering our dens to find a pen and paper and write them down. And then there are the sportsy “issues” that define the season — like that thing Coach Tod Andrews saw! Was it Milford’s second-half offense-bogging? Could it have been the exhaustion of senior linebackers Cody Exner and Marcus Tedford? Perhaps the overreliance on “Mr. Excitement”, “The Ghost”, Jamaar Gaddis? Or was it the rookiehood of QB Miles Paris?

Hey, wake up — see what I mean? Nobody cares. At least from a male heterosexual perspective, today’s strip boils down to, “Hey, cute glasses! Not much of an ass. Hmpf, Gil’s faking it again.” Then on to Hägar the Horrible. 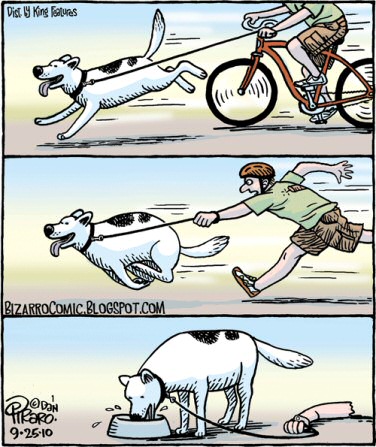 I just stuck this in ’cause I like it.

On a quest to rescue his beloved Diana, the Phantom infiltrates Rhodia’s feared Gravelines Maximum Security Prison, which sports the world’s most adorable prison logo! Take a look:

That’s where I want to go on my next incarceration! Maybe when the lovebirds reunite they’ll hang out on the beach before they leave? It’s happened before!

Just a lame hospital joke, but hey: he had an intestinal blockage that cleared up on its own yesterday and he’s still in the hospital why, exactly? And can’t sleep why? Is son-in-law Jeff still spiking his Metamucil® with wallpaper paste?

Oh, we’re deep into the Rex Morgan Problem now, folks — starts out all Rexy with the finger and the latex and the KY and the Whoooooooop!, but morphs into a legal whodunit about records disclosure, segues into a political contest of wills, and here we are at “shady developer.” ZZzzzz … wake me for the gunfire.

And seriously, for somebody whose prostate has become as famous as the other donuts down at the diner, Hizzoner looks awful cheery in panel 3. And look, he’s running for re-election, right? Tell me again why can’t he oppose Jason King’s strip mall now?

OK, look: this is a Saturday post, on a freaking Saturday! Is that worth a couple bucks, or what? I thought so! Thank you!