2006-07 was quite the year in the soaps, guys. Mark Trail encountered a tame bear who couldn’t understand your hostility towards her, which I immortalized in t-shirt form. Later, Mark punched a man’s beard off.

In Gil Thorp, one of Gil’s student athletes accidentally cut his own leg off with a chainsaw. In the spring, a weird lonely old man wandered onto Milford High’s grounds, who helped coach the baseball team and claimed to have played in the Negro Leagues and insisted on being called by a funny nickname. 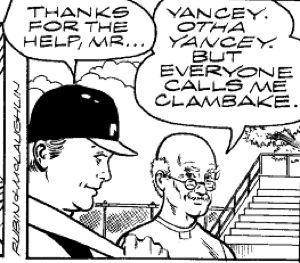 Turns out he was a fraud, and Gil knew about it but never said anything because he was doing Gil’s job for free so why rock the boat?

Also, in Judge Parker, a substitute butler from a temp agency forced some French punk rockers to strip to their underwear at gunpoint. I swear I didn’t make a single word in that sentence up. 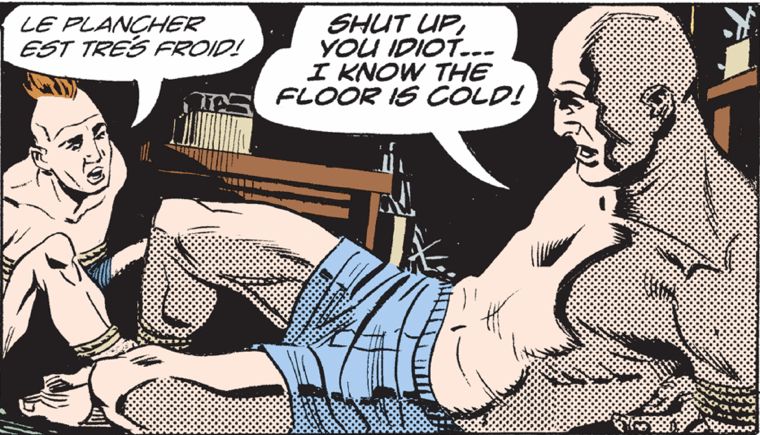 But year three of my blog, without question, belonged to Aldo Kelrast, the man whose name was an anagram for “stalker” because he stalked Mary Worth, stalked her from the first moment he saw her. 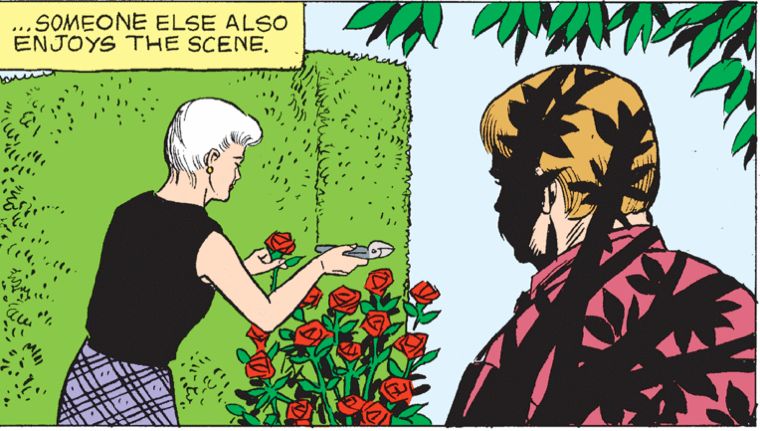 Mary gave Aldo the cold shoulder pretty much right away, which didn’t stop him from popping up unexpectedly. 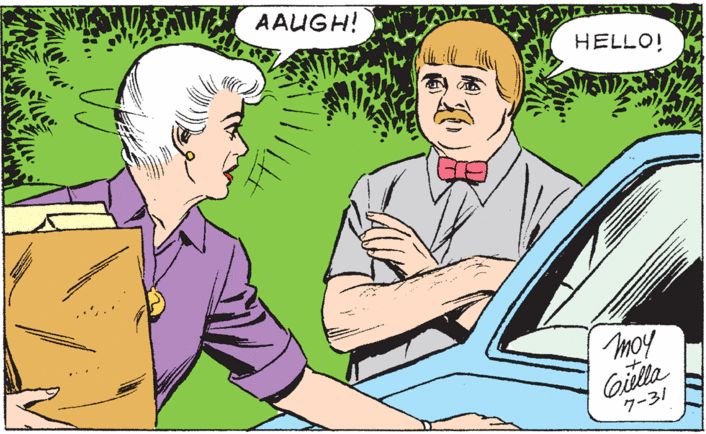 Aldo proved wholly unable to grasp the concept of consent, even when Mary used barbarous foreign tongues to express her disinterest. 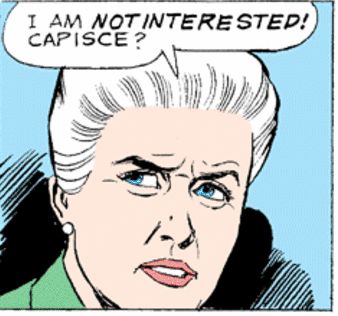 Mary eventually had no choice but to arrange an intervention for Aldo, if any group of people brought together in one room to yell at someone counts as an “intervention.” Aldo reacted as most would: by going directly to a liquor store and driving over a cliff to his death. His pudgy, Captain Kangaroo-esque corpse was left in a pile of mangled steel. 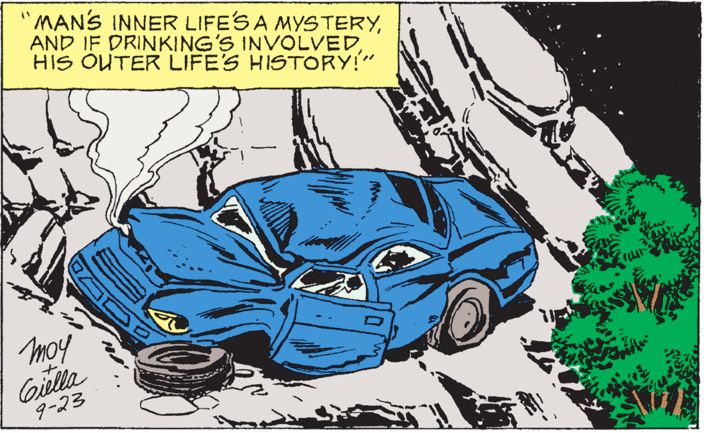 This was a huge deal. People went nuts! My blog traffic was off the charts! There was coverage on CNN! There were tribute videos!

Later, Mary and her friends went to his funeral, to make sure he was really dead, and to gloat. It was awkward and fantastic. Cold justice had been meted out, and Mary was victorious. Farewell, Aldo: you didn’t deserve to die, but you shouldn’t have gone around stalking people either.