Haha, wait, so Frankie, Darrin’s terrible bio-dad who raped Lisa when they were teens and returned to Westview to peddle some reality show only to be driven away by everyone’s righteous indignation, now works for DMZ, a gossip website so non-notorious that its employees have to keep reminding each other what it is? And now he’s going to ruin Cindy and Mason’s relationship by posting out-of-context photos of Mason and his comely young co-star? Sure, why not! There are only a limited number of truly bad people in the Funkyverse, so they have to work hard at doing all the bad things needed to keep everyone unhappy.

“Here he is. Tied up and immobile, right in front of you. I didn’t move him there in the middle of that sentence or anything. I wasn’t even standing in front of him. It’s … pretty weird you didn’t notice him before I pointed him out to you?”

The only thing Dagwood likes more than micromanaging his daughter’s sexuality is getting a sweet deal on an awesome high-end car. 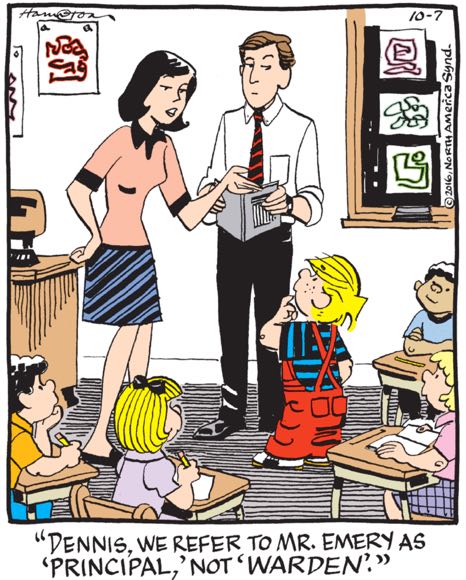 Dennis recognizes that school’s real purpose is not to educate citizens, but to serve as a model of the regulated social order in which they’ll be embedded their whole lives. He’s truly menacing … to the established power structure! 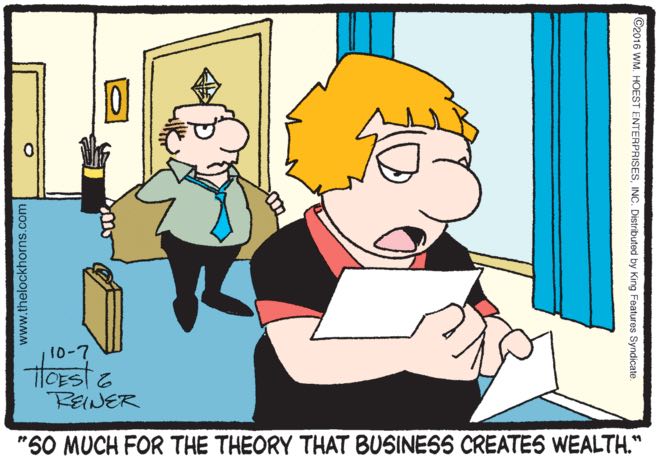 Suddenly aware of capitalism’s enervating effects on wage slaves like her husband, Loretta will now take her place as the sarcastic, heavy-lidded Marianne of the new revolution.