As usual, once this Gil Thorp plot shifted from its insane setup to its inane resolution, I sort of lost interest in it, and I apologize! Quick summary: Aaron’s mom is on drugs and so he often goes hungry because she’s spending the grocery money on drugs, which affected his athletic performance, so Gil took him out to eat a lot, and it seemed like maybe Aaron was going to get sent into foster care and he was mad at the Freezy Bomb Boys for inadvertently narcing on her, but then she agreed to go to rehab and came to a game where Aaron did well and now it turns out that the family of one of the Freezy Bomb Boys will be letting Aaron live in their basement, and presumably feeding him. I’m not clear on whether this guy’s Ken Brown or Mike Granger, but whoever he is, I hope he likes having raves in his basement, because Aaron is definitely going to be throwing a bunch of raves in his basement. 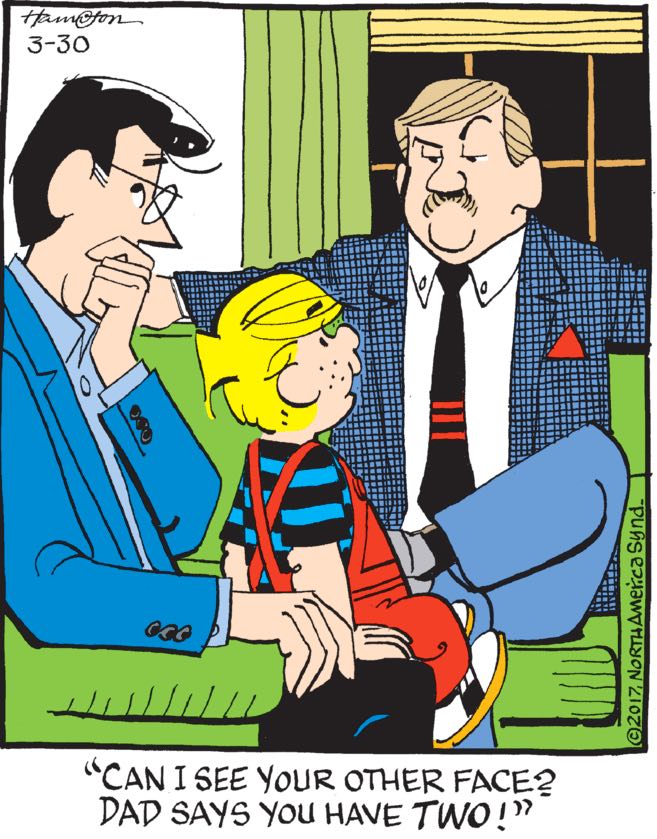 I will sheepishly admit that “Dennis cheerfully blurts out all the shit his parents talk about their friends and coworkers behind their backs” is one of my favorite from the list of typical menacing actions in this strip. You’d really think that the Mitchells would have figured out that little pitchers have big ears and no sense of discretion by this time, although what with Dennis being eternally five, who knows, maybe every single Dennis panel over the past 66 years only takes place over six months or so of strip time so they haven’t gotten used to it yet? Anyway, Henry really shouldn’t be speaking ill of four-time NFL Pro Bowler Alex Karras, who could almost certainly beat him up. 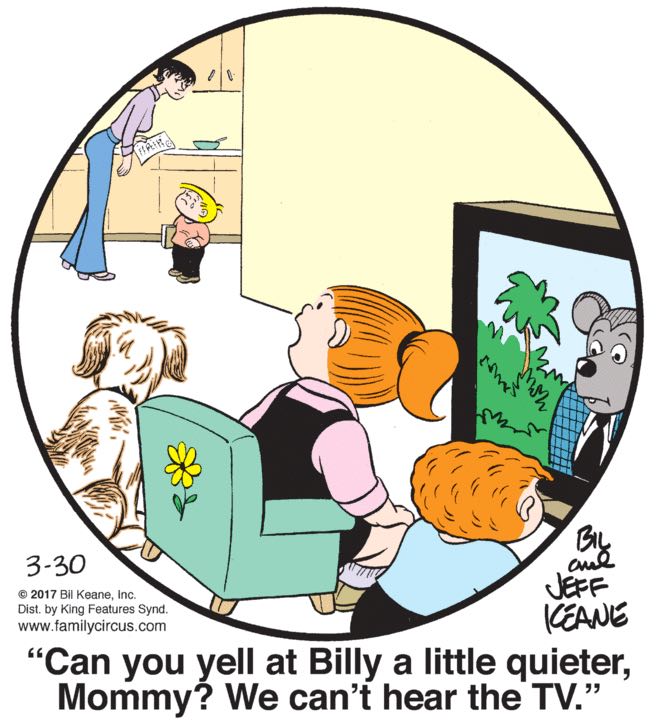 Ha ha, it’s funny because the other Keane Kids don’t care about Billy’s emotional distress and would rather watch their TV show about a businessman mouse who lives in the jungle!

Having been thoroughly enervated by the ennui of suburban middle-class life, Dagwood can only be cheered by the prospect of his own agonizing death.