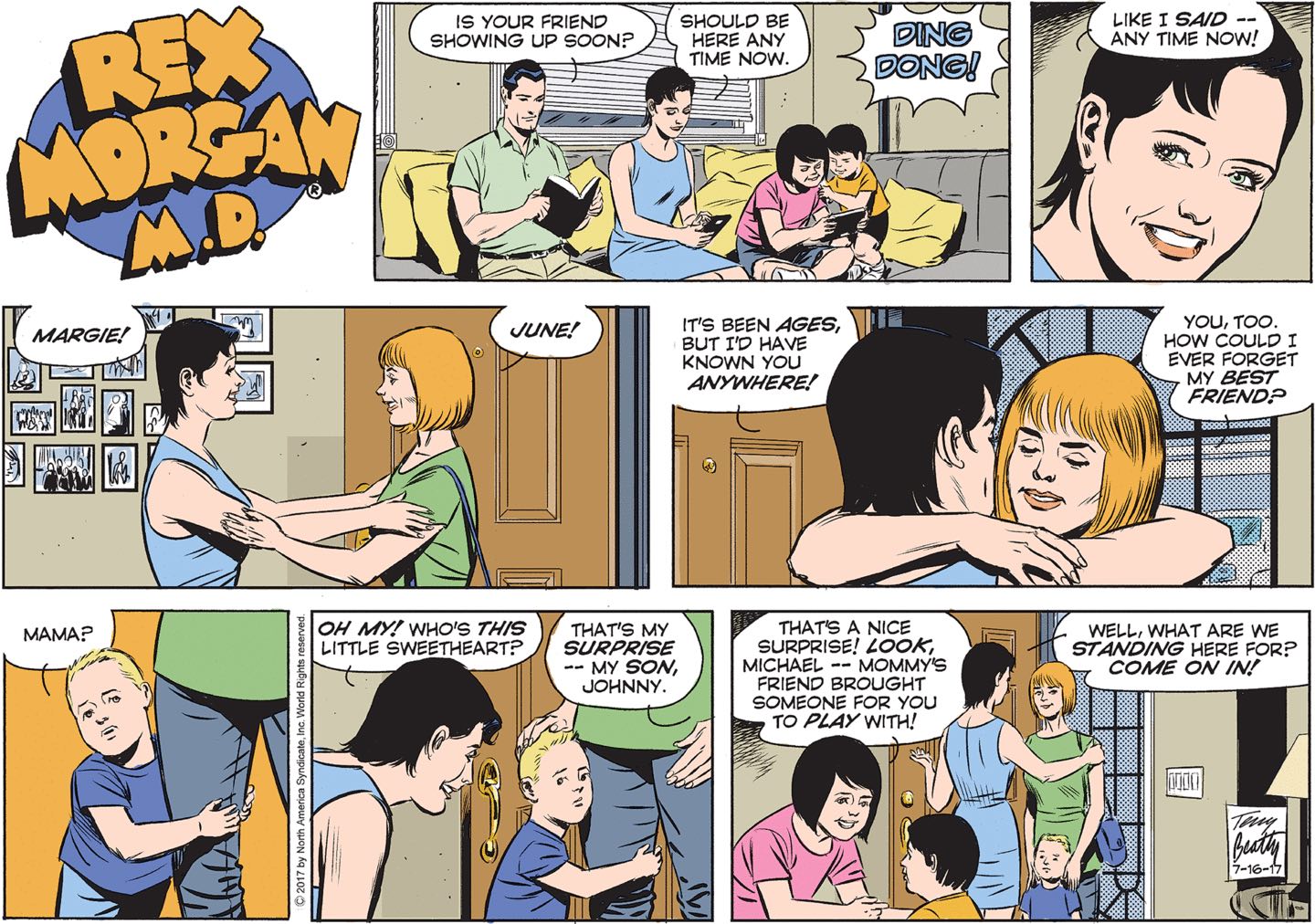 It’s no secret that the last exciting thing that happened in Rex Morgan was Sarah getting hit by a car, but with each new story I allow myself to experience a frisson of hope. Sure, “June’s childhood best friend comes to visit” may not seem like it has a lot of meat to it, but the presence of her child has my “I’m planning on crashing with you indefinitely” sense tingling. Remember when June’s trashy cousin showed up and wouldn’t leave because she’d had a fight with her mom, and Sarah verbalized the class-based judgements that her parents were more subtle about, and then the cousin’s dumb boyfriend showed up too and Sarah made him hand over his skateboard as his price for laying low in the basement, but eventually he painted whales in his basement prison and June’s cousin got a job as a manicurist so everything worked out fine? That was great, and what I’m trying to say is that this lady and her kid better be fleeing a dicey domestic situation, or creditors, or the Irish mob, or something interesting, or else I’m gonna be real mad. 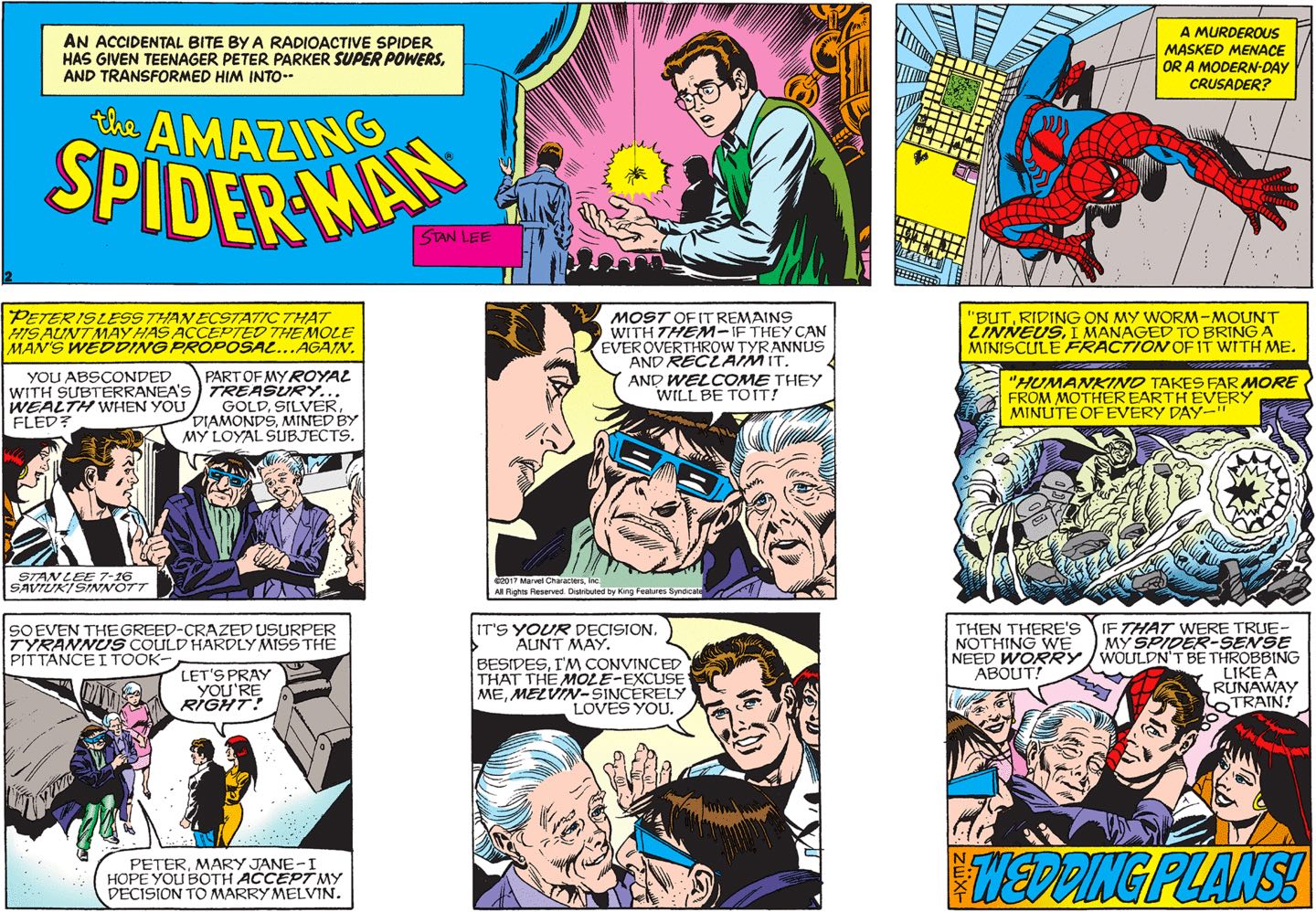 The amount of time Mole-Man spends justifying the plundering of Subterranea’s public treasury for his own private gain as he fled his former realm indicates that he knows exactly how unjustified the whole thing is. “Look, uh, I left most of it behind! My former subjects, who did all the manual labor to extract it, are welcome to it! If they depose my successor! The part I took was just a tiny, tiny bit! And what about strip-mining, huh? If it’s a crime for me to bring some precious gems out of the underground kingdom, where does that leave every mining company in the world, huh?” Still, his retelling of the story does provide the opportunity for him to both use the phrase “worm-mount” and to show us said worm-mount, a freakish lamprey-mouthed beast hundreds of feet long with treasure chests lashed to its back that Mole-Man is riding like a pony, so literally anything he does from here on out is forgiven as far as I’m concerned.

THE ANSWER IS HE LICKED IT

HE JUST UP AND LICKED COUNT WEIRDLY’S SKI-DOO

I GUESS SKI-DOO IS A BRAND NAME

ANYWAY, HE LICKED IT, TO SEE IF IT TASTED SALTY

SLY, WE NEED TO TALK