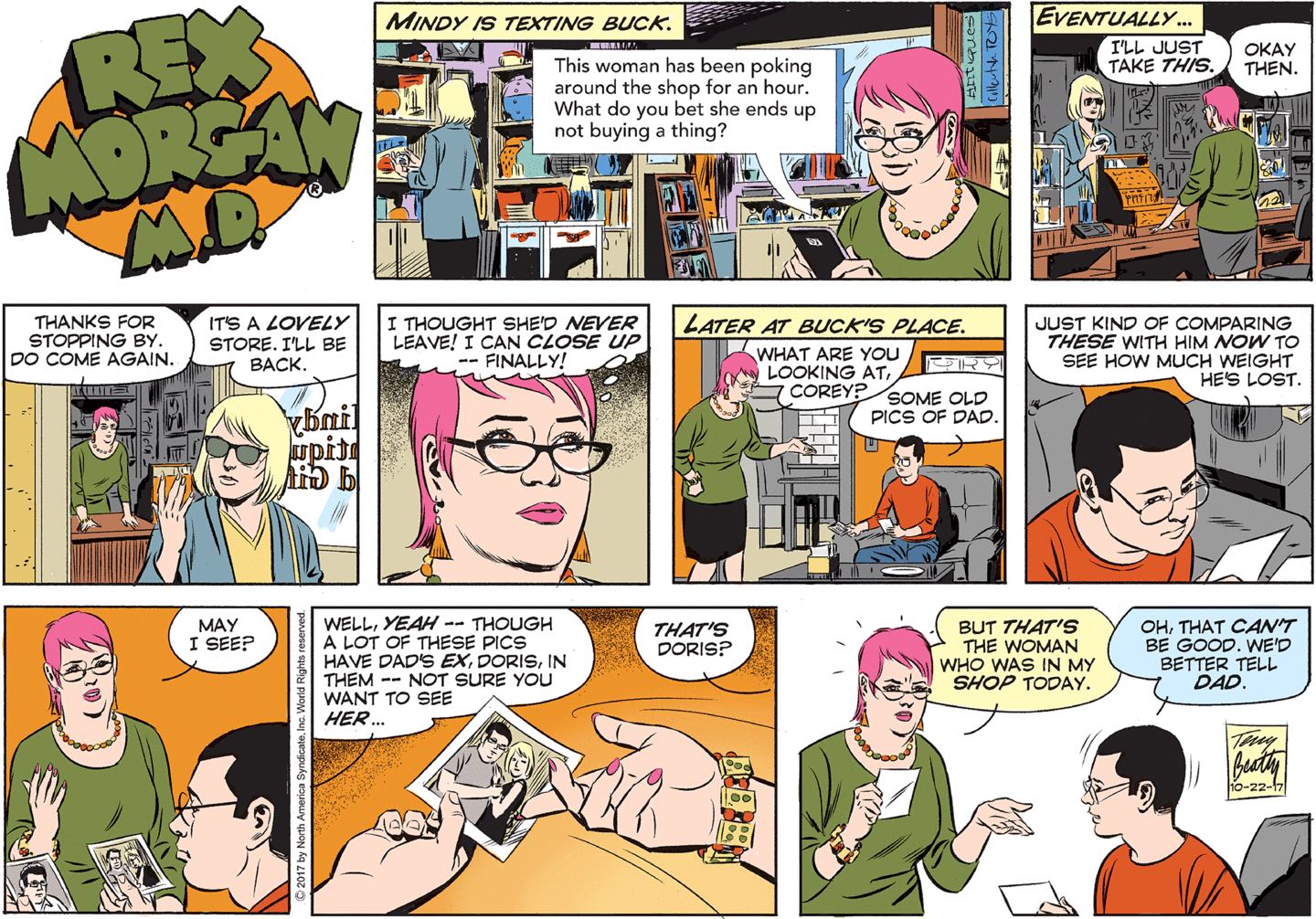 Faithful readers! Do you remember the backstory on Rex’s hapless pal Buck, introduced to the strip more than four years ago? Well, he came into Rex’s practiced because his — wife? girlfriend? — Doris “accidentally” shot him in the head with a nail gun, and then Rex and June went over to have dinner with him, and it turned out that during his cheerleading past Rex and Doris hooked up, and then later in the dinner Doris got real blotto and passed out at the dinner table, and then … I never covered how this plotline ended? Clearly she and Buck broke up before she managed to successfully murder him, though. Anyway, it’s definitely true that violet domestic abusers often escalate after a relationship is over, so, uh, kudos for realism, I guess?