Hey, guys, it’s Zak! Zak’s back! Remember how Iris dumped Zak, partly because she couldn’t stop thinking about Wilbur, but also partly because he was too young for her and also kinda dumb? Welp, ever since Wilbur dumped her, Iris has had some chances to re-evaluate things, and here comes Zak, waltzing back into her life! And he got a haircut and a fancy job, or at least some reason to wear a suit, which means maybe he’s matured a little bit. Still got that sexy stubble, though! Everything’s coming up Iris!

I feel like the Gil Thorp powers that be vaguely got wind of an ongoing controversy involving the national anthem and football, and decided to rip it from the headlines but also massage it into something as inoffensive as possible until it becomes this: Rick Soto’s Uncle Gary is putting together an astroturfing campaign to try to trick the school into letting Rick sing the anthem before the next home game, in an attempt to get him to “go viral.” No matter what our political beliefs, I think we can all agree that Uncle Gary should get off Rick’s back, jeez. 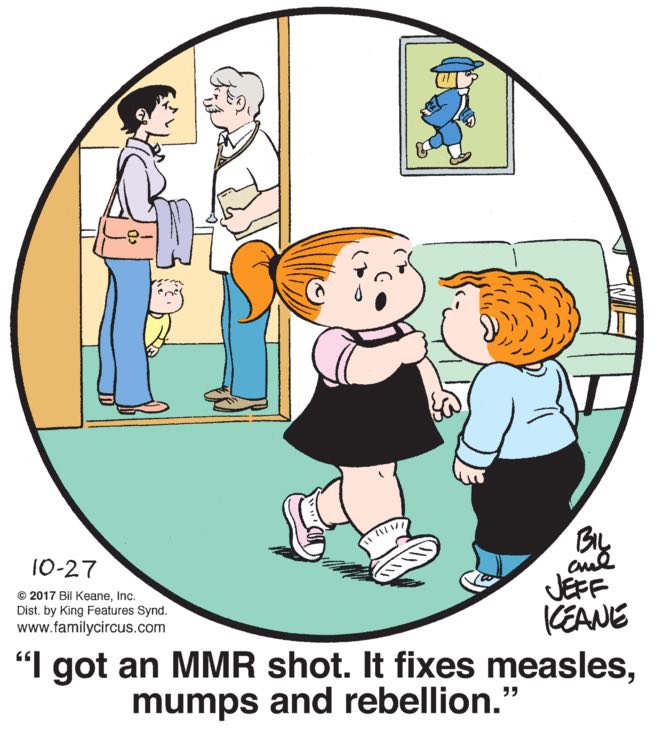 That’s right, Dolly knows the truth: The government makes you get vaccines full of chemicals that keep you docile so you don’t question their authority, WAKE UP SHEEPLE

Soooooo, are Dracula and Frankenstein gonna … eat those ghosts or what